MP11-02: Use of a Manual Trigger with a Traditional Moisture Alarm for Treatment of Primary Monosymptomatic Nocturnal Enuresis

Introduction: The enuresis alarm using a moisture sensor is a first-line therapy for primary monosymptomatic nocturnal enuresis (PMNE) with a high success rate although treatment can be prolonged and compliance challenging for some children and families.  The impact of scheduled waking to an audio and vibration alarm in addition to the standard moisture alarm has not been evaluated.

Methods: A randomized controlled trial was performed in children with PMNE.  Subjects were randomized to a traditional moisture alarm group or a manual alarm + moisture alarm group. In the latter group, parents were instructed to trigger the  manual alarm 1-2 hours after falling asleep. Parents completed a nightly diary until they wished to discontinue alarm usage or until children experienced 14 consecutive dry nights or 27 non-consecutive dry nights over a 30-day period (“cure”). Differences between the groups in the average weekly proportion of wet nights over time were calculated, Fisher’s exact test was used to compare cure rates, and Kaplan-Meier curves were created to compare time to reduction in wet nights to 50%, 75%, to zero, and cure.

Results: One-hundred seventeen children were enrolled with 61 logging sufficiently to analyze outcomes. Rate of cure in the traditional group was 54.3% and 61.5% in the manual trigger + moisture alarm group (p=0.61). Figure 1 shows mean proportion of wet nights per week in each group. Mean time to cure was 8.2 weeks in the traditional moisture alarm group (range 3-22) and 7.0 weeks in the manual trigger + moisture alarm group (range 3-11). Figure 2 shows the probability of continued bedwetting over time between groups, when continued bedwetting is defined by not being cured. No statistical significance in time to cure between groups was found (p = 0.3).

Conclusions: Although cure and time to cure were more favorable in the manual + moisture alarm trigger, no significant difference could be demonstrated between the two groups.  The overall time to cure and rate of success can be useful when counseling patients and families regarding outcomes of nocturnal enuresis alarms. 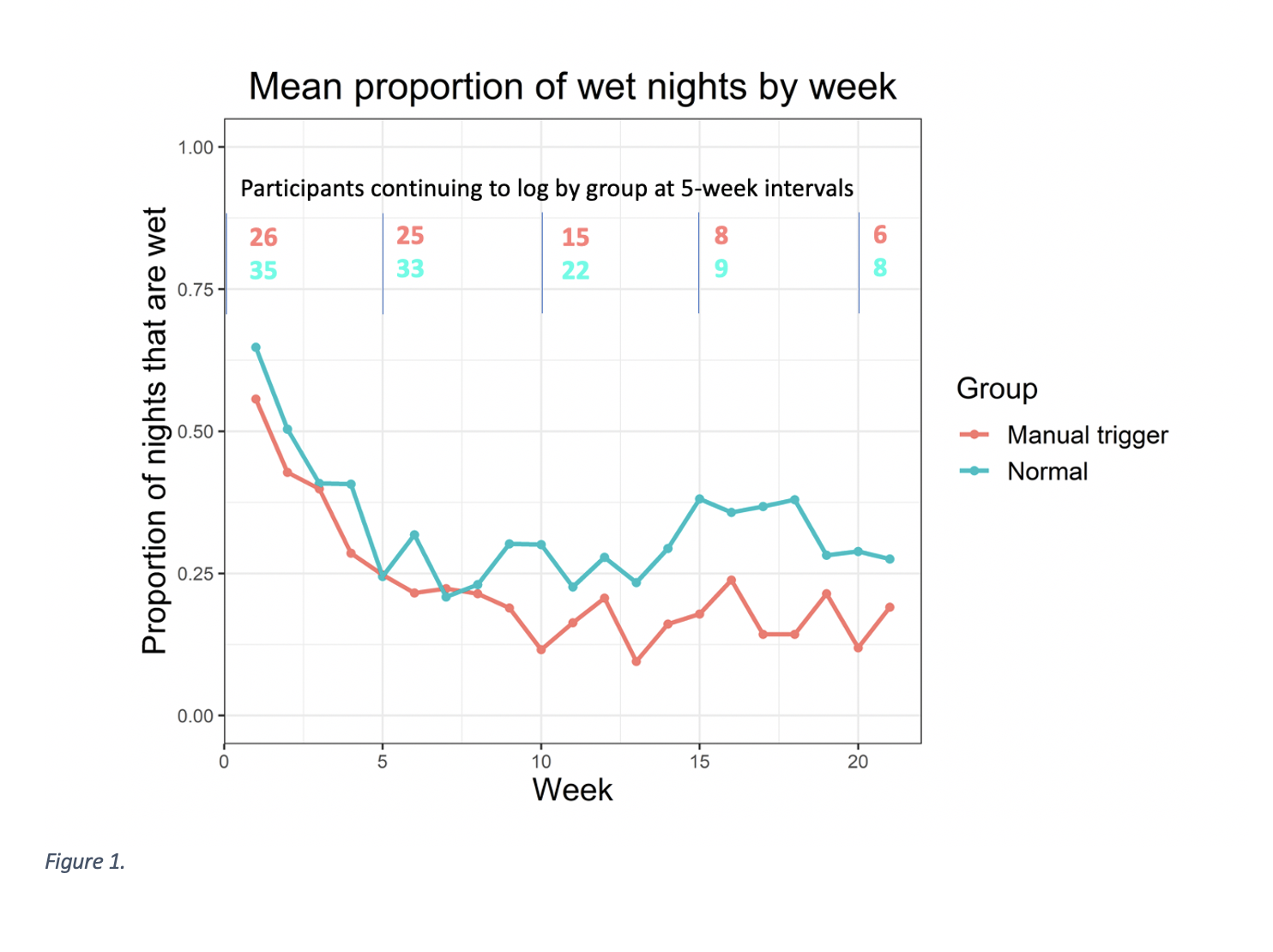 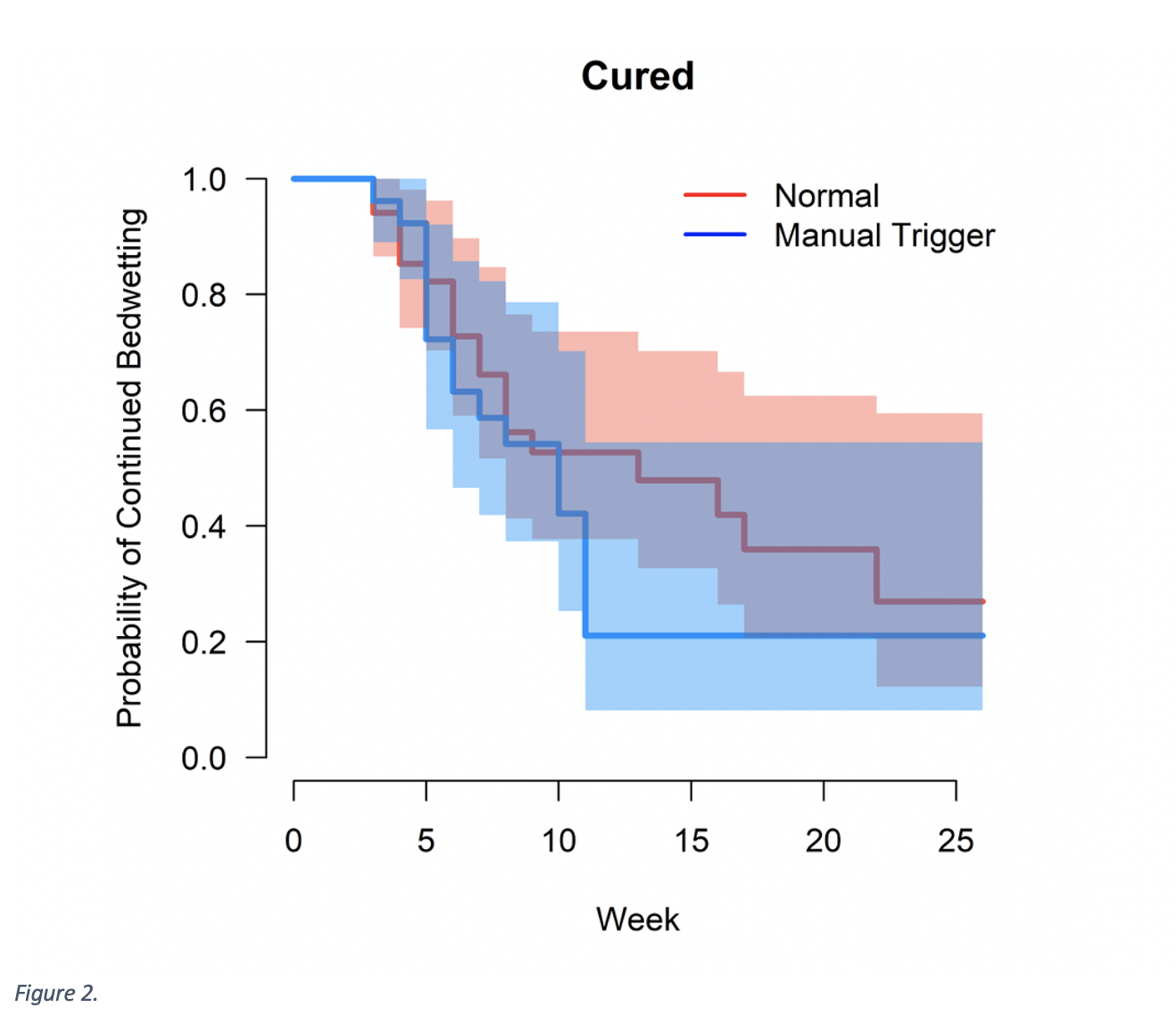