Introduction: The treatment landscape for hormone sensitive metastatic (mHSPC) and non-metastatic castrate-resistant prostate cancer (nmCRPC) has evolved to include multiple options with similar oncologic benefit and no clear guideline consensus on sequencing of these agents. Real-world treatment patterns in this space are largely unknown. Our primary objective was to describe contemporary prescribing trends among oncologists and urologists managing HSPC and nmCRPC.

Methods: Using the IQVIA claims-based dataset, which includes over 17 million cancer patients and 10,000 providers across all 50 United States, we identified all men age 18 and older who received systemic treatment for mHSPC or nmCRPC between 2015 and 2021. Treatments were divided into 4 groups: novel hormonal (NHT: apalutamide, enzalutamide, darolutamide, abiraterone), 1st generation anti-androgens (AA, such as bicalutamide), LHRH monotherapy, and chemotherapy. Prescribing patterns were assessed for the first 3 treatment lines by year of initiation.

Conclusions: Since FDA approval in 2018, NHT for HSPC and nmCRPC has steadily increased but still remains underutilized. Further study is needed to determine barriers to implementation of guideline concordant use of NHT for mHSPC and nmCRPC among both urologists and oncologists. 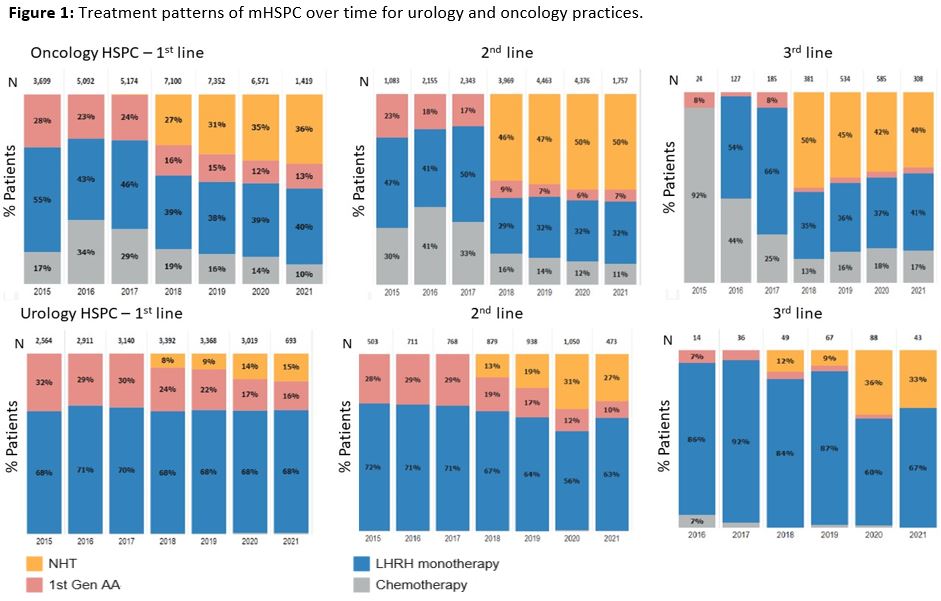 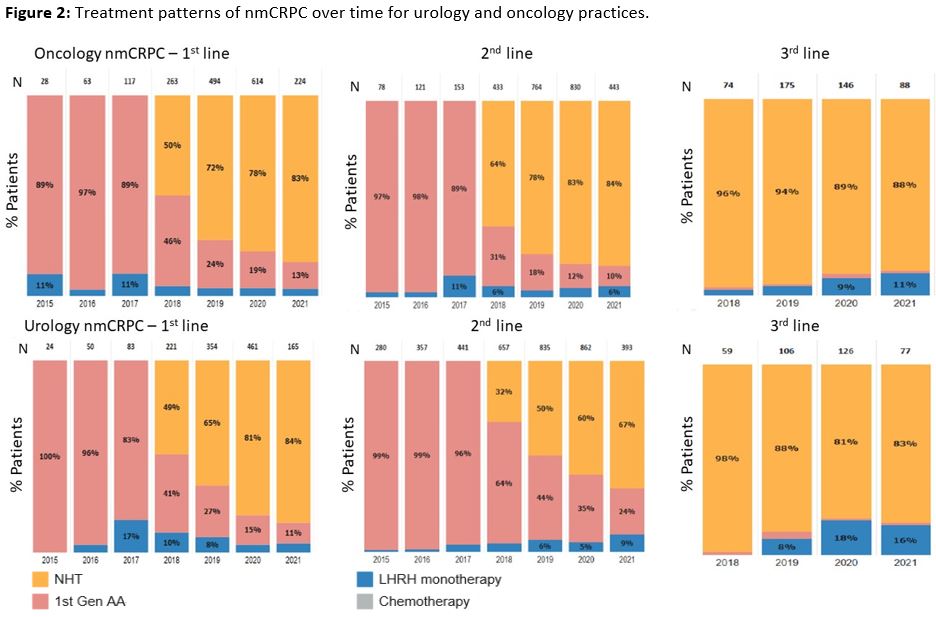