Conclusions: Laser lithotripsy using the easyUretero robotic RIRS system was feasible and in porcine model, even for the less-experienced surgeons. 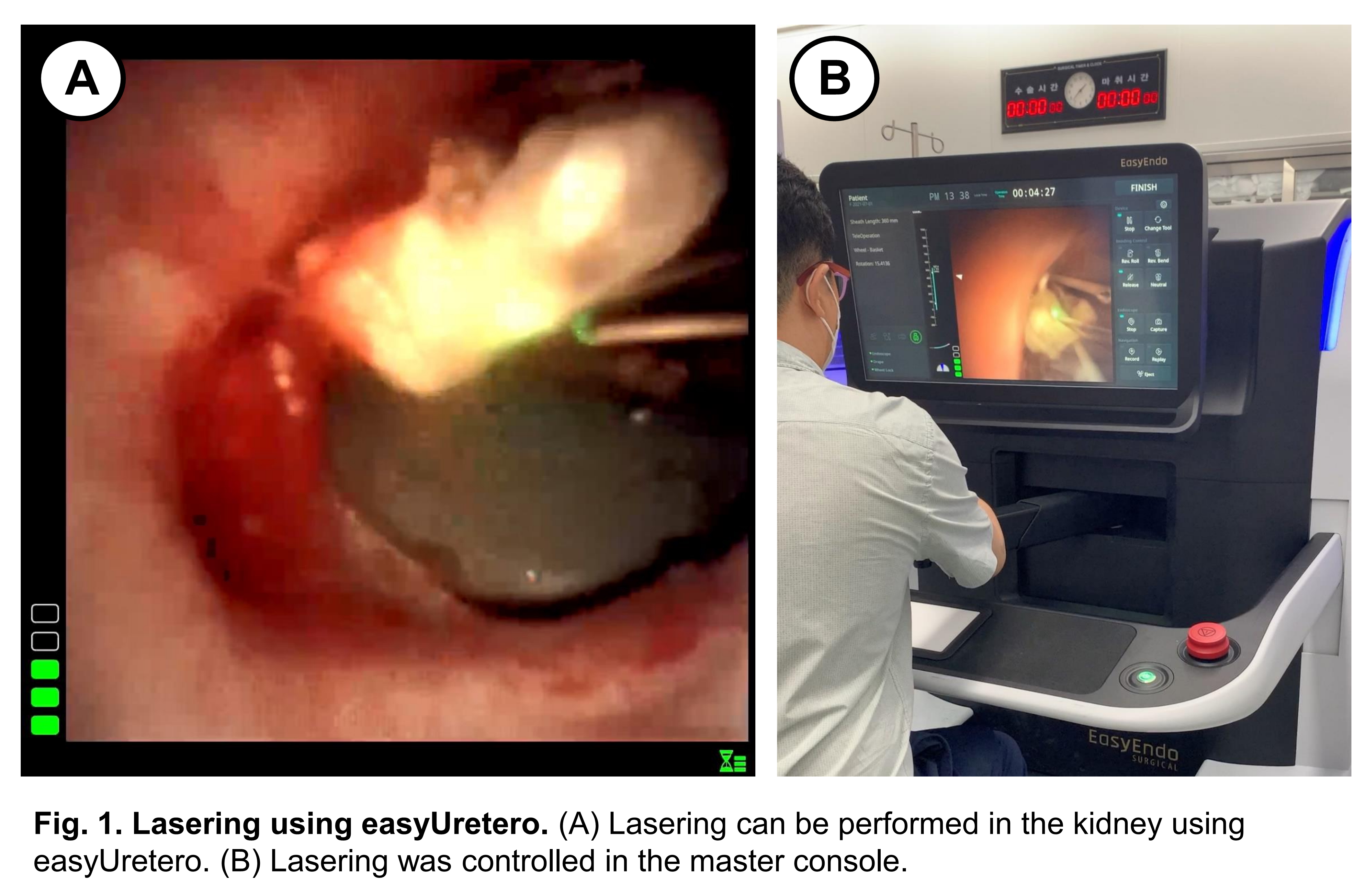