Introduction: Robotic buccal mucosal graft (BMG) ureteroplasty has been popularized due to its safety and efficacy for difficult ureteral strictures not amenable to ureteroureterostomy.  There are certain patient populations in which intraperitoneal surgery is dangerous, such as those with hostile abdomens from prior surgeries.  Thus, a retroperitoneal approach to BMG ureteroplasty utilizing perinephric fat for graft perfusion is illustrated here, utilizing the single-port (SP) robotic platform.

Methods: The patient is a 65-year-old female with history of pelvic radiation and three prior abdominal surgeries who was referred to this tertiary care center with worsening kidney function and right proximal ureteral stricture.  Her right kidney split function was 35% and GFR improved with decompression; thus, she elected to undergo ureteral reconstruction. Cystoscopy and retrograde pyelogram were performed at time of surgery.  She was positioned in right modified flank position, and the SP port was placed into the retroperitoneum.  Ureterolysis was performed to dissect the fibrotic rind off the strictured segment of ureter.  Ureterotomy was then extended proximally and distally over the narrowed ureteral segment until healthy, normal-caliber tissue was seen.  A 3 cm long buccal mucosal graft was then sewn to the ureterotomy in an onlay fashion.  Perinephric fat was mobilized and wrapped around the reconstructed segment.

Results: Operative time was 202 minutes, estimated blood loss 30 mL, and length of stay 2 days.  Her indwelling ureteral stent was removed at 6 weeks, and her capped nephrostomy removed at 7 weeks following a nephrostogram showing prompt drainage to bladder at 2 minutes and excellent clearance of kidney contrast at 10 minutes.  Definition of surgical success (no symptoms nor hardware) was met at follow up of 2 months, and there were no 30-day complications.

Conclusions: SP retroperitoneal BMG ureteroplasty utilizing perinephric fat for graft perfusion is feasible and should be considered in patients with hostile abdomens. 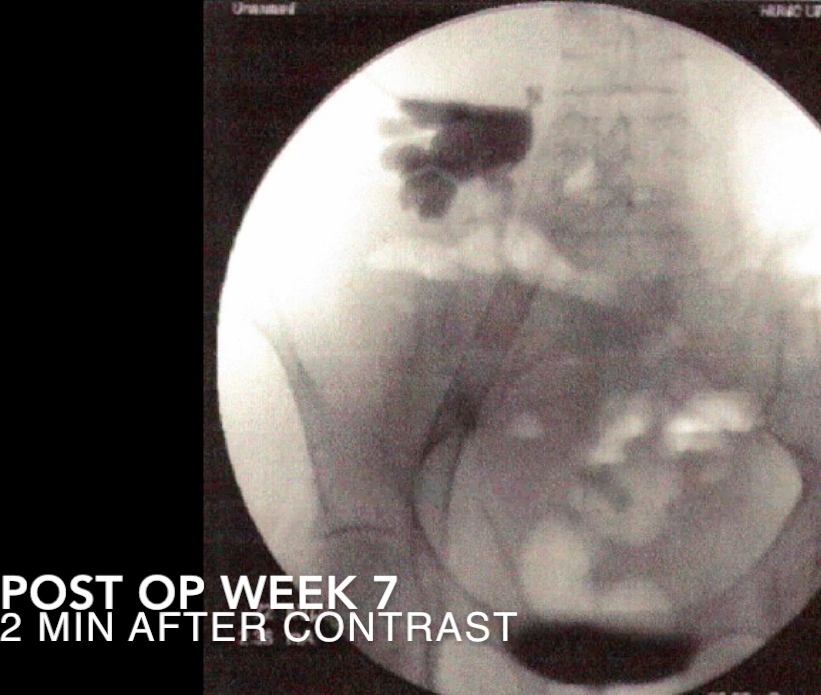 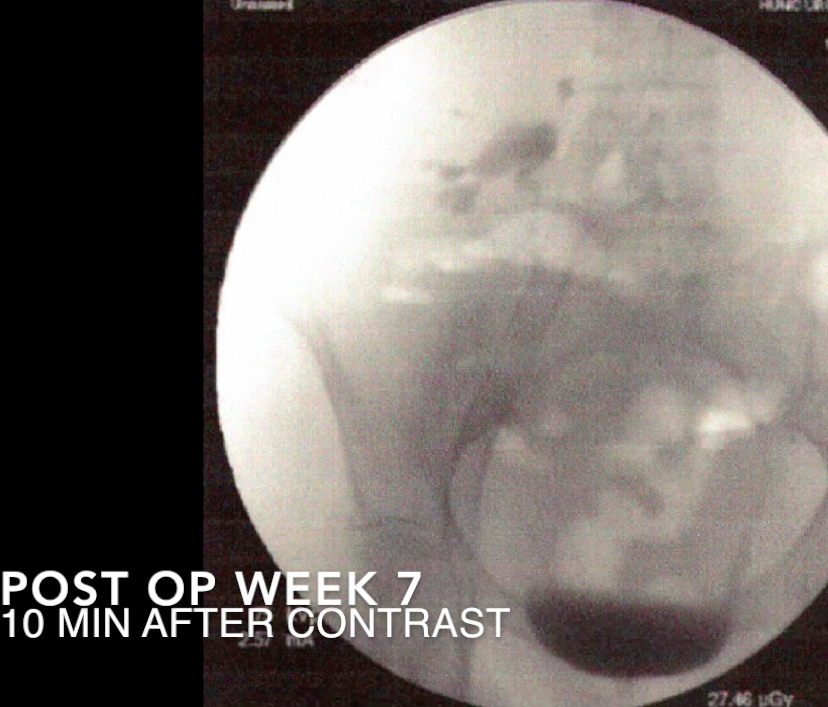