Introduction: Partial nephrectomy of a transplanted kidney is a challenging procedure due to the fibrosis that forms around the kidney, the renal hilum, and the iliac vessels. Hilar dissection to obtain vascular control may become more perilous if there was a complex vascular reconstruction at the time of the transplant. In this video presentation, we aimed to present the landmarks and the technical considerations for performing this procedure.

Methods: Two patients underwent this procedure. We selected an autotransplant patient with a complex vascular reconstruction at the time of transplant for this video presentation.  Ports configuration was similar to radical cystectomy with some modification. The 12 mm assistant port was placed on the left side. After lysing the adhesion and dissecting the bowel and the female genital organs off the kidney, the psoas muscle was identified and followed medially to identify the common iliac artery which was then carefully dissected off the common iliac vein. Margins of the tumor were marked using intraoperative ultrasound.  A Bulldog clamp (Scanlan, Saint Paul, MN, USA) was placed on the common iliac artery and the tumor was excised. Renorrhaphy was performed in 2 layers with early unclamping after suturing the deep layer. After retrieving the specimen and placing a drain, the robot was undocked and the 12 mm port site was closed. 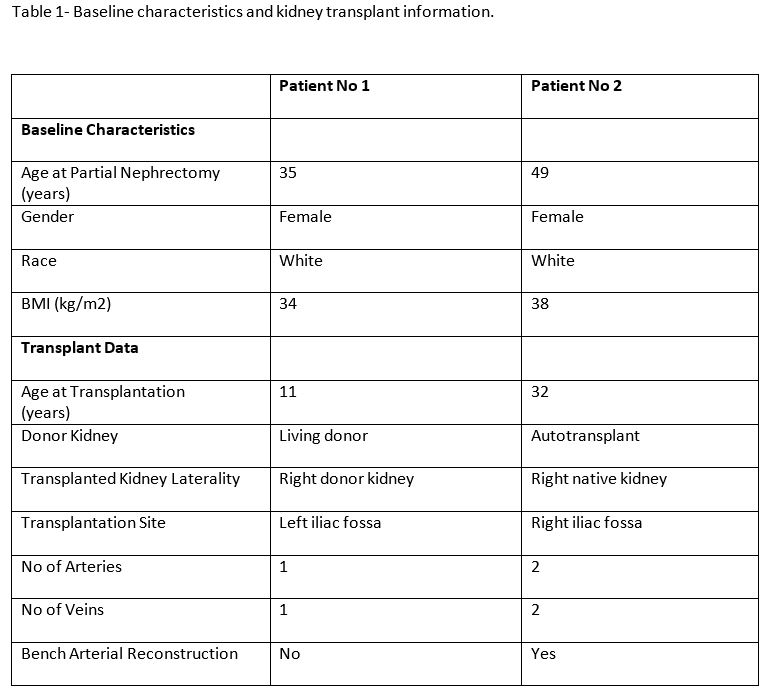 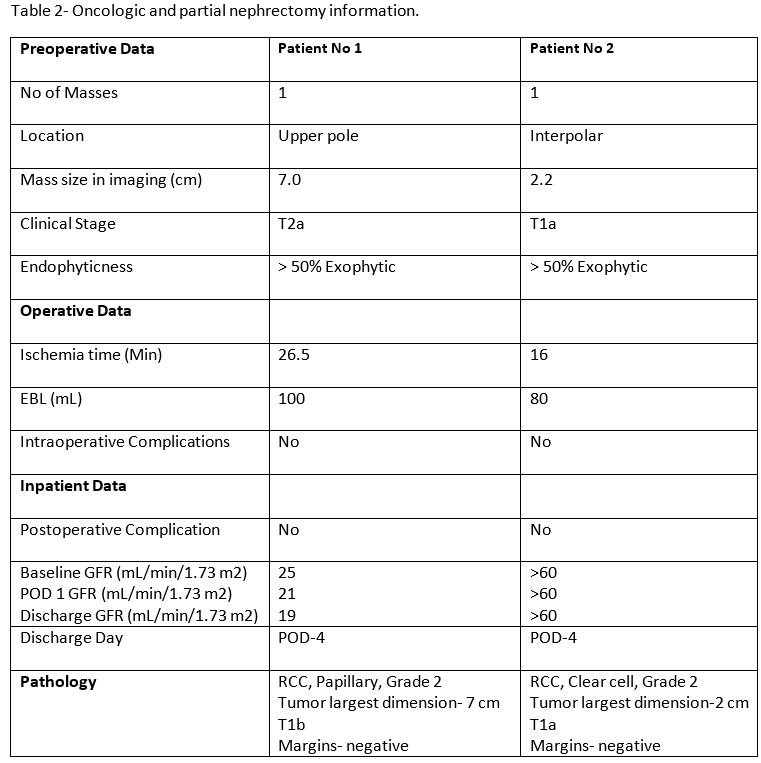