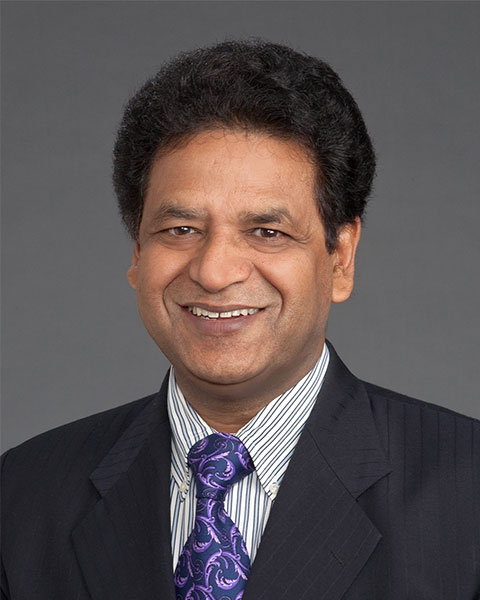 Ashok K Hemal
Professor, Department of Urology, Comprehensive Cancer Center,Wake Forest Institute for Regenerative Medicine, Chief Uro-Oncology
Director, Robotics and Minimally Invasive Surgery, Baptist Medical Center, Wake Forest School of Medicine, WinstonSalem
Dr. Hemal is well known for his pioneering work in the field of laparoscopy and robotic surgery. He has been active in the field of endourology since 1989, laparoscopy since 1992 and robot-assisted surgery since 2001. His clinical and research interests are in uro-oncology with focus on prostate and kidney cancer. His contributions to laparoscopic and robot-assisted urologic surgery include the development of new techniques and a commitment to sharing and disseminating the knowledge. He has been requested for more than 400 visiting professorships, invited lectures and live surgery demonstrations; world-wide. His trainees have been involved in the establishment of more than 50 minimally invasive programs internationally. Dr. Hemal has edited six books and has more than 400 peer-reviewed scientific papers. He is associate editor of Journal of endourology besides on editorial board of several other journals. Dr. Hemal has been the recipient of many academic distinctions and awards. He has been awarded three times by President of India including the most prestigious honor a physician can receive, the “Dr. B.C. Roy Award,” in 2004 for his contributions in the field of cost-effective minimally invasive surgery and highest civilian honor “Padma-Shree” in 2007 for development of robotic urologic surgery. Other prestigious awards to his credit are Urologist of the Decade award, Guest Scholar of the American College of Surgeons, SIU scholar and Fulbright scholar. Dr. Hemal is consistently included in Best Doctors of America, Top Doctors of America, Top Prostate Cancer Specialists and Who’s Who in the World for past several years. He was also bestowed upon Sushruta Award, the highest annual academic honor by IAUA.