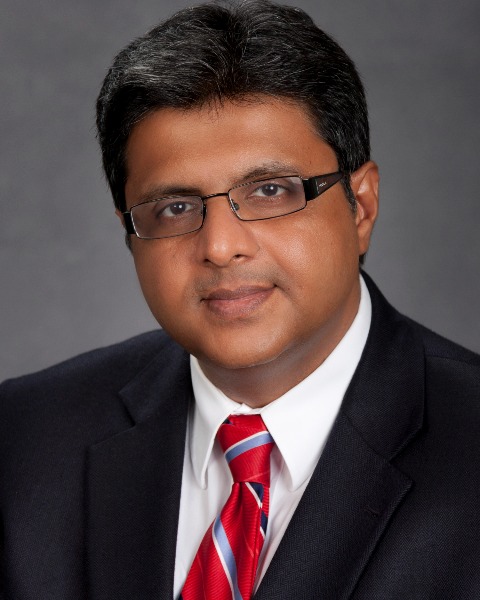 Dipen J. Parekh, M.D.
Professor and Chairman
The Victor Politano Endowed Chair in Urology and Director of Robotic Surgery
Department of Urology the University of Miami Miller School of Medicine

Dipen J. Parekh, M.D. is an expert in the prevention, diagnosis and treatment of urologic malignancies.
Dr. Parekh earned his M.D. from Poona University and completed residencies in general surgery and urology at Mumbai University. He completed a residency in urology at Vanderbilt University Medical Center and a fellowship in urologic oncology at Memorial Sloan Kettering Cancer Center in New York. He was the Doctors Hospital at Renaissance Distinguished University Chair in Urology and Chief of Robotic Surgery and Urologic Oncology at the University of Texas at San Antonio before joining the University of Miami in 2012 as Professor and Chair of the Department of Urology and the Director of Robotic Surgery, The Victor A Politano Endowed Chair in Urology.Dr. Parekh holds a Masters in Healthcare Administration from Trinity University, San Antonio, Texas. In 2013, Dr Parekh was selected by the American Urological Association (AUA) as the recipient of the Gold Cytoscope Award, one of the most prestigious awards bestowed upon any one urologist each He was also the 2014 recipient of the American Association of Physicians of Indian Origin “Most Distinguished Physician Award.” The organization selects 1 from a pool of 35,000 practicing physicians. Dr Parekh has one of the largest experiences in the world in performing robotic surgeries for urologic malignancies including prostate, kidney and bladder cancers.His research interests have led to transformative discoveries in the understanding of human renal inschemia, novel biomarkers for prostate cancer, and the only phase 3 multiinstitutional randomized clinical trial comparing robotic to open radical cystectomy for bladder cancer funded by the National Cancer Institute.