MP56-08: Clinicopathologic and Survival After Cystectomy Outcomes in Squamous Cell Carcinoma of the Bladder

Results: 1,034 patients were included in this analysis; 36 (3.5%) had SqCC, 90 (8.7%) had UCC w/ Squam, & 908 (87.8%) had pure UCC. Patients with SqCC were more likely to be African American, female, & younger compared to pure UCC and UCC w/ Squam (Table 1). Patients with UCC w/ Squam had higher rates of neoadjuvant chemotherapy (NAC) prior to & higher pathologic stage at the time of cystectomy compared to pure UCC or SqCC (Table 1). NAC rates were similar amongst sex (p=0.5) and race (p=0.3). A significant difference was noted in OS (p=0.010) and CSS (p=0.010) between the three groups, with UCC w/ Squam having the worst survival in both curves (Figure). No significant difference was noted in RFS (p=0.085), upper tract or distant recurrence, between the groups.

Conclusions: Patients with SqCC present at a younger age and are more likely to be female and African American, highlighting a higher risk group. UCC w/ Squam had overall worse survival suggesting conventional NAC for pure UCC may be ineffective for this cohort, potentially resulting in delay of surgery, contrary to the S8710 data on MVAC indication. Additional translational studies in these cohorts are planned to examine biologic mechanisms contributing to inferior clinical outcomes in the high-risk cohort. 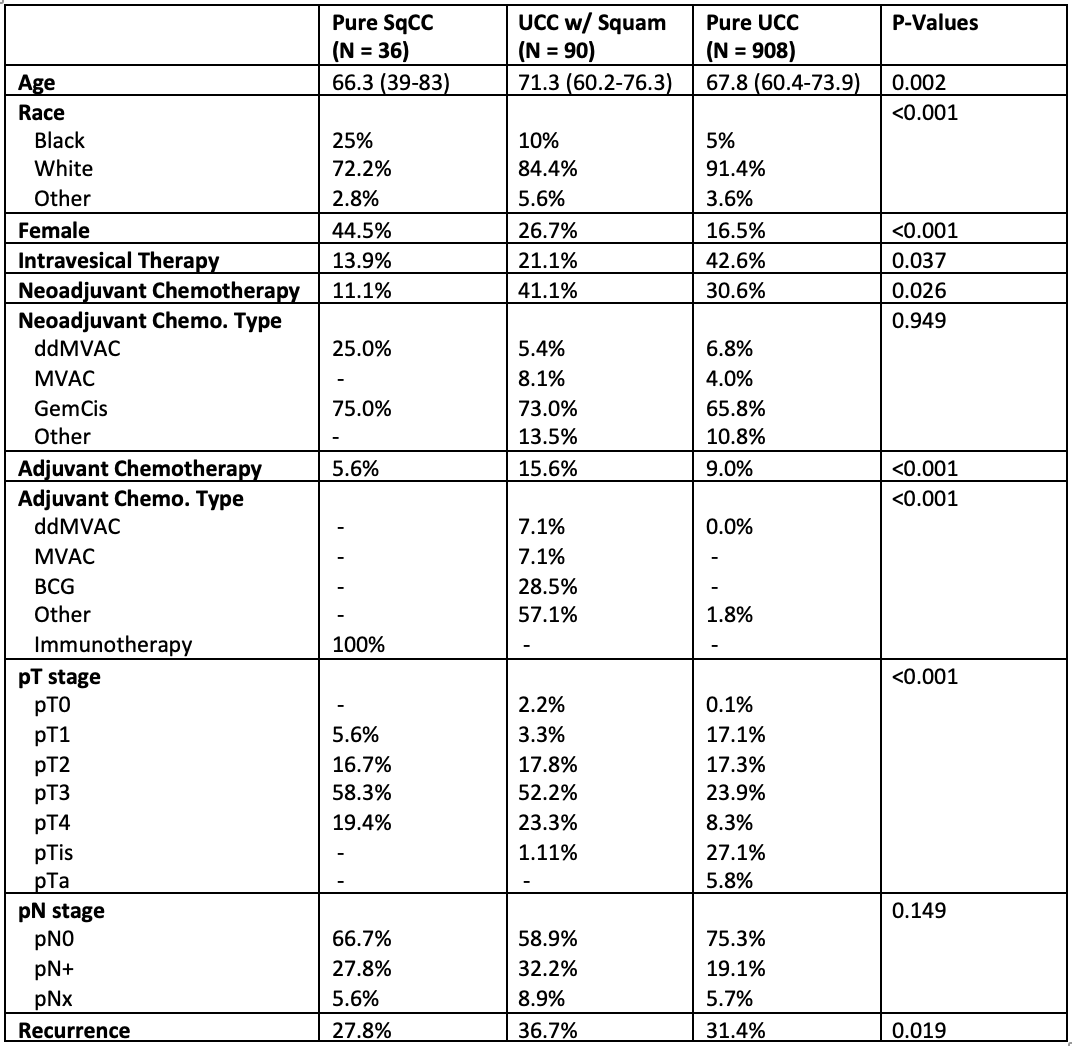 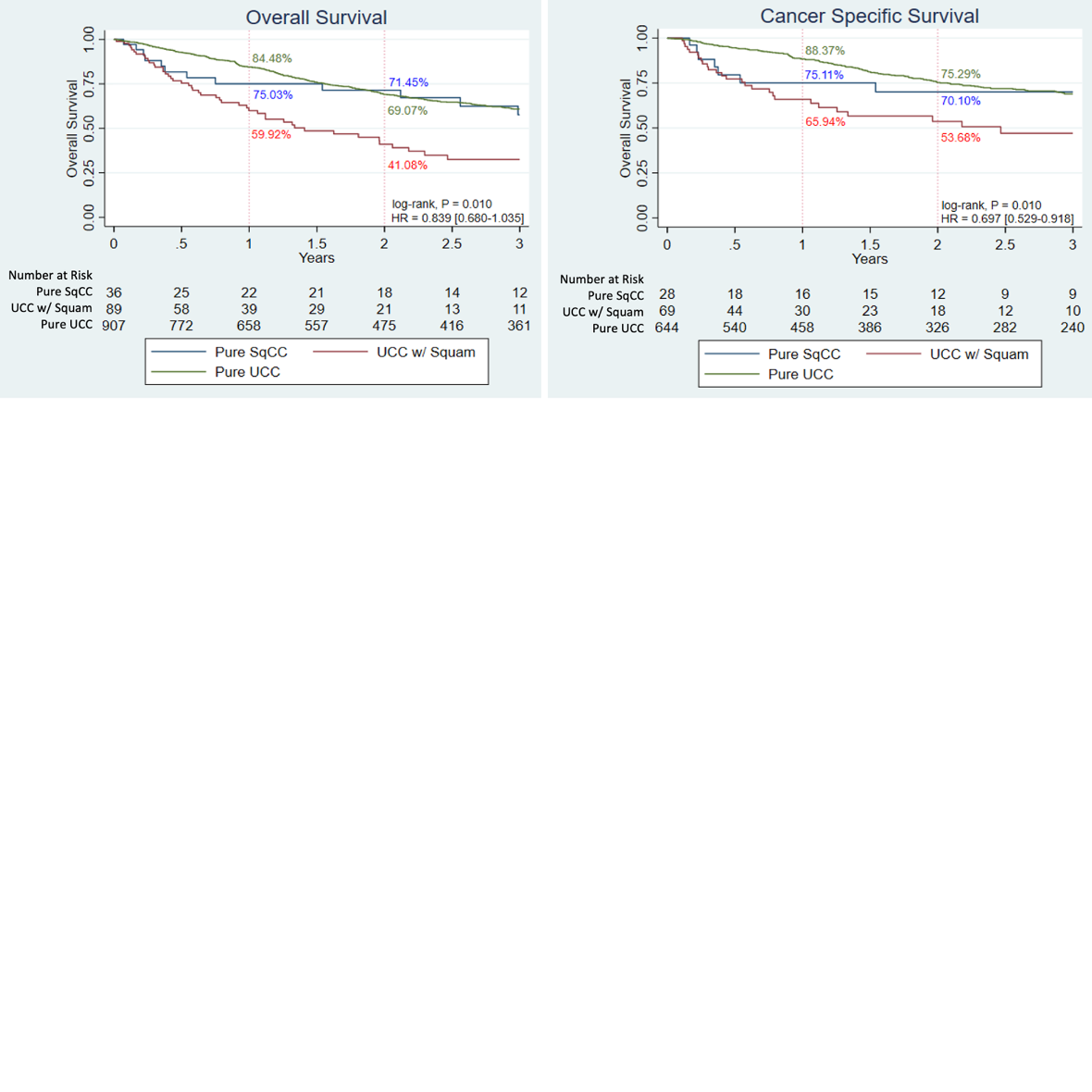