Introduction: Insufficient sensitivity of current imaging techniques for nodal staging has led to the exploration of the sentinel lymph node biopsy (SLNB) to select primary prostate cancer (PCa) patients that might benefit from whole-pelvic nodal radiotherapy (WPRT). In this study, we aimed to evaluate oncological outcomes of SLNB-based RT compared to imaging-based RT in cN0M0 PCa patients with an increased estimated risk of nodal metastases.

Conclusions: SLNB-guided RT is associated with a decreased risk of BCR and RR when compared to prostate-only RT in cN0 PCa patients. These results suggest an important role for SLNB in selecting cN0 PCa patients that might profit from WPRT and ADT intensification, and justify a prospective comparison. 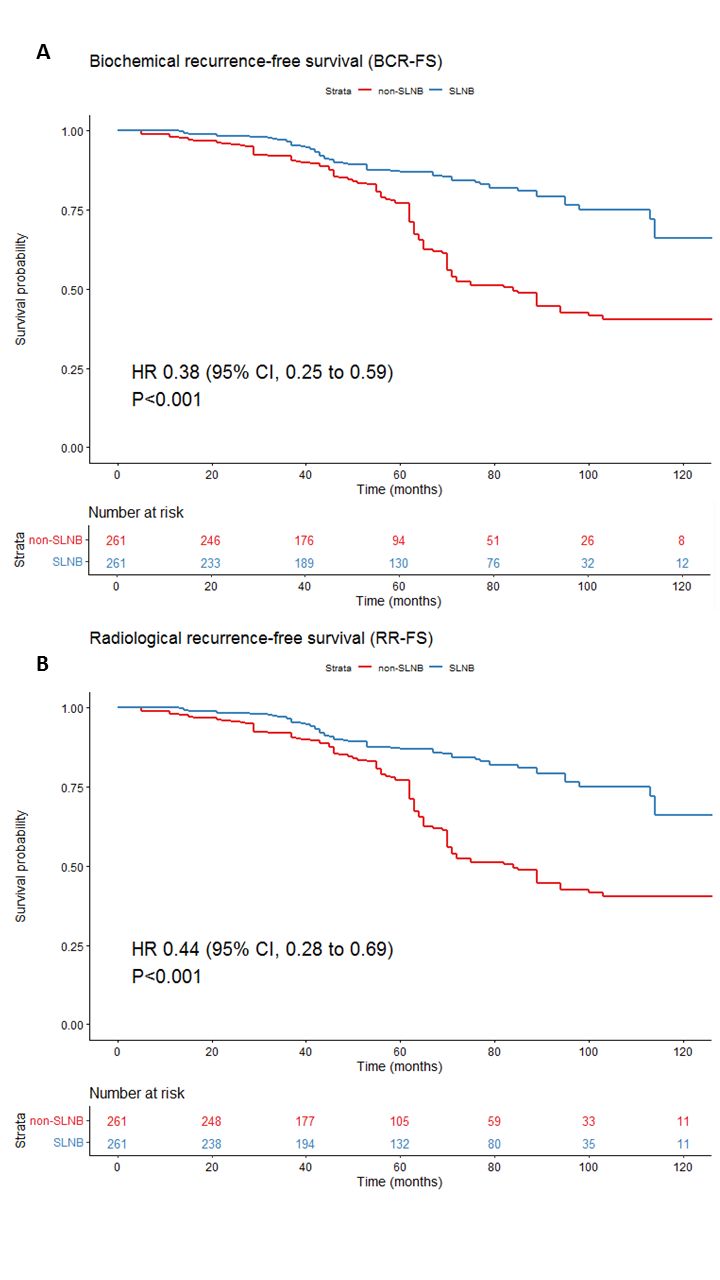