Introduction: Although multiple surgeons have successfully performed robotic nephrectomy and thrombectomy for level I-II thrombus, robotic nephrectomy with thrombectomy for level III-IV tumors is less common given the complexity of such cases and difficulty with visualization of the retrohepatic IVC. We describe our experience performing a robotic right radical nephrectomy with thrombectomy of a level III (IVC) thrombus utilizing a novel multidisciplinary approach with urologic oncology and hepatobiliary surgery services.

Methods: A 37-year-old male presented with back pain and a new 6.7x7cm right renal mass with level III tumor thrombus and a single enlarged retrocaval node without evidence of metastasis. The patient was taken for robotic-assisted laparoscopic right radical nephrectomy with IVC thrombectomy and lymph node dissection jointly with the urology and hepatobiliary teams. Rather than utilizing the common transperitoneal flank approach, the patient was placed in a supine position with a small bump under the right flank, and ports were placed in the lower abdomen aligned towards the right shoulder as commonly placed during robotic liver resections. A gelport was placed in the lower abdomen to allow for easy access to the abdomen in the case of intraoperative bleeding (Image 1). The retrohepatic IVC was circumferentially dissected up to the level of the hepatic veins and clamped above the tumor thrombus. The thrombus was excised and the cavotomy primarily closed robotically.

Conclusions: Radical nephrectomy with IVC thrombectomy can be safely performed robotically, however higher level tumors are challenging and require a multidisciplinary approach. We describe a novel approach to these challenging cases utilizing a novel port placement that allows for superior dissection of the retrohepatic IVC for level III thrombus.  This approach allows excellent visualization and access to the IVC and should be considered in select patients. 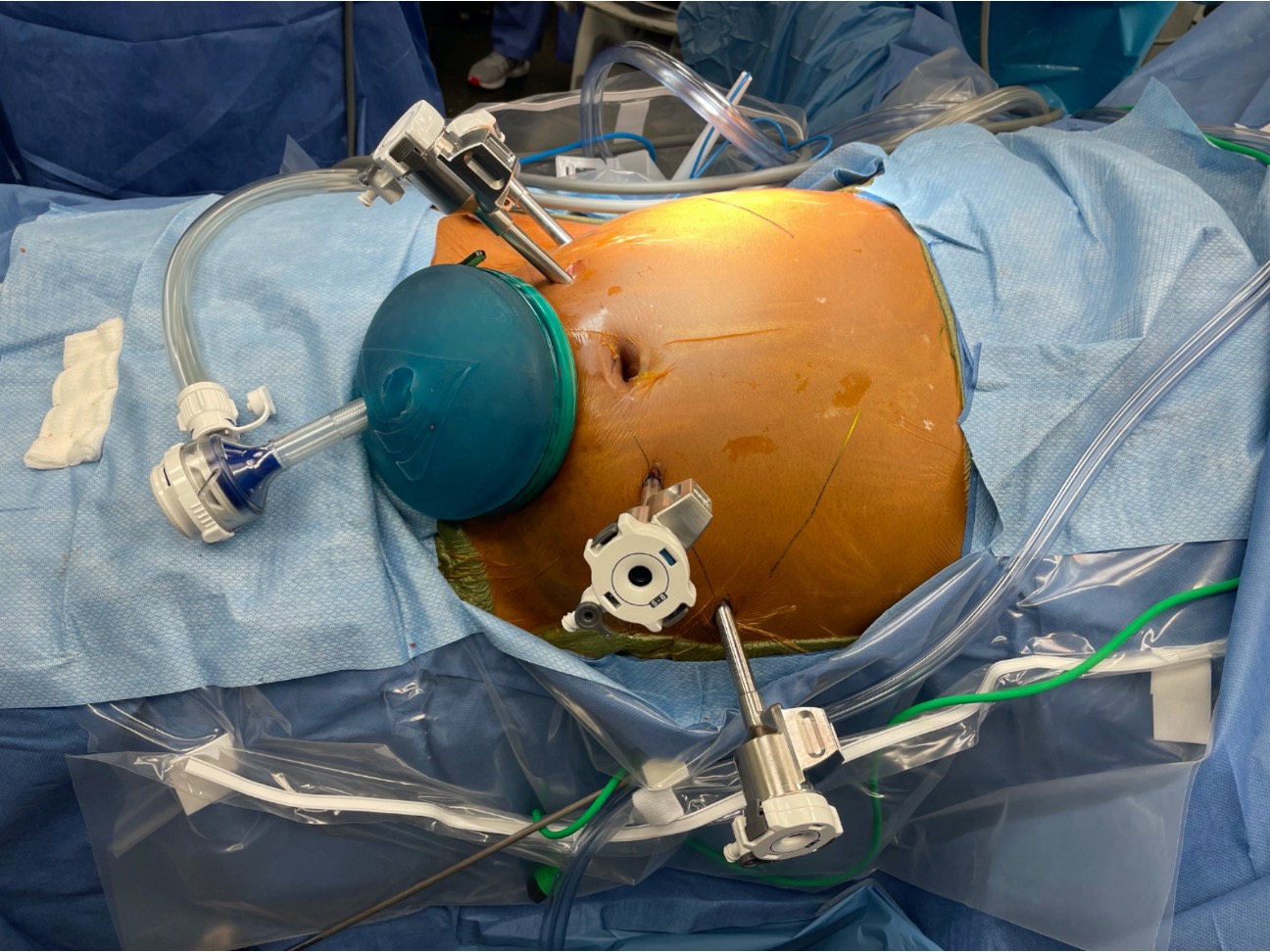