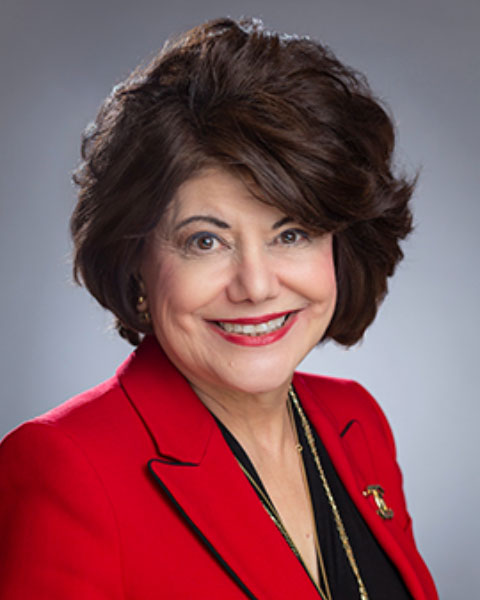 Janet E. Trunzo is Senior Advisor to the President and Senior Executive Vice President, Technology and Regulatory Affairs, for the Advanced Medical Technology Association (AdvaMed) and leads a team of regulatory experts. During her tenure at AdvaMed, she has focused on the passage of the Medical Device User Fee and Modernization Act of 2002 (MDUFMA), its reauthorization in 2007 and in 2012, and the subsequent negotiation for MDUFA IV. She also concentrates on global regulatory harmonization and represented the U.S. device industry on the Global Harmonization Task Force. Currently Trunzo chairs the international Board of Trustees for the Global Medical Device Nomenclature Agency and chairs the Regulatory Committee for the Global Medical Technology Alliance. Prior to joining AdvaMed, Trunzo held positions at Hybritech, Inc., a medical device and diagnostics manufacturer, and Scripps Clinic and Research Foundation, a hospital, diagnostic clinic and research institute.
Ms.Trunzo received her M.S. in health physics from Rutgers University and her B.S. in Chemistry from California University of Pennsylvania.