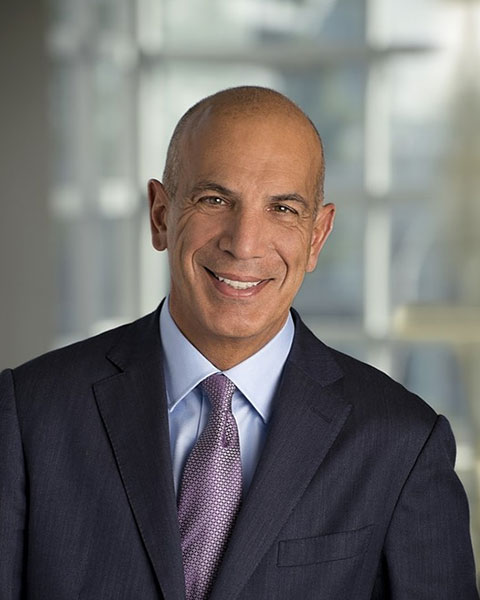 Chairman of the Board and Chief Executive Officer
Edwards Lifesciences

Michael A. Mussallem was appointed chairman and chief executive officer of Edwards Lifesciences in 2000, when it became an independent, publicly traded company. Under his leadership, Edwards has established its position as a global leader in patient-focused medical innovations with the introduction of lifesaving and life-sustaining therapies such as transcatheter aortic valve replacement, rapid-deployment surgical heart valve replacement and non-invasive hemodynamic monitoring. As Edwards' CEO since becoming an independent public company, Mussallem has not only led the development and successful implementation of the company’s patient-focused innovation strategy, but also established Edwards’ commitment to philanthropy and corporate social responsibility. Over the last 12 years, Edwards Lifesciences Foundation has supported communities and causes around the world with more than $47 million in charitable giving, as well as volunteer support from Edwards’ employees. During Mussallem’s tenure, Edwards was recognized among the World’s Most Ethical Companies by the Ethisphere Institute, an organization that defines and advances standards of ethical business practices. Mussallem has been included in the Forum for Corporate Directors Hall of Fame and received a number of honors including the UC Irvine Medal, a lifetime achievement award from The Phoenix Conference and the Wenger Award for Excellence in Corporate Leadership by WomenHeart. Currently, Mussallem serves on the board of the Advanced Medical Technology Association (AdvaMed) and is an advisory board member for the Leonard D. Schaeffer Center for Health Policy & Economics at the University of Southern California. He is a trustee of the University of California, Irvine Foundation and the Rose-Hulman Institute of Technology in Terre Haute, Indiana. Mussallem has served as board chairman of both AdvaMed and the California Healthcare Institute (CHI). He received a bachelor's degree in chemical engineering and an honorary doctorate degree from the Rose-Hulman Institute of Technology.