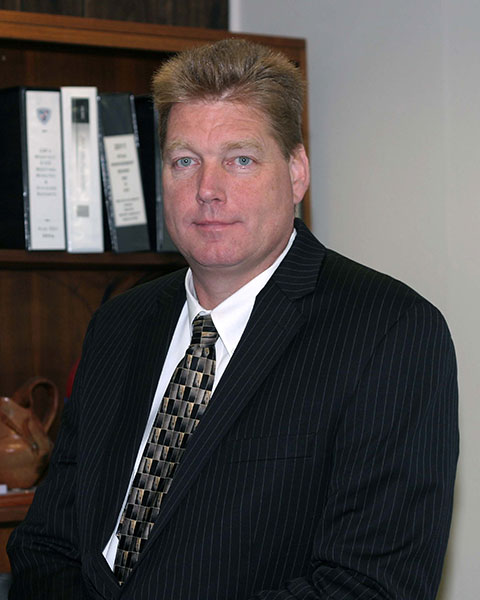 Walter W. Haase, P.E., is the General Manager of the Navajo Tribal Utility Authority. In 2008, he took over the helm of the multi-utility owned and operated by the Navajo Nation, the largest land-based Native American tribe in the United States. The NTUA service territory is 27 thousand square miles, spreading across northern Arizona, northwestern New Mexico and a small portion of southeastern Utah (roughly equal to the size of the state of West Virginia).
The utility career of Walter Haase started in 1997, upon graduating from the University of Illinois with a Bachelor of Science degree in Electrical Engineering. He later earned a Master of Business Administration degree from Keller Graduate School of Management located in Chicago, Illinois. He is a licensed Professional Engineer, with certification in Illinois and North Carolina. He is personally dedicated to fulfill energy and electric development on the largest American Indian nation where thousands upon thousands of families still live without basic electric service.
He is a former Chairman of the Executive Board for the American Public Power Association. In 2011, he received the American Public Power Association’s (APPA) prestigious James D. Donovan Individual Achievement Award. The award is presented to people who have made substantial contributions to the electric utility industry with a special commitment to public power. In 2012, Haase was selected Chief Executive Officer of the Year by Electric Light & Power magazine in its small utility division, with fewer than 400,000 electric customers. NTUA has less than 40,000. In 2020, he was presented with the distinguished Alex Radin award from APPA, recognizing exceptional leadership and dedication to public power.
In fulfilling his commitment to help the Navajo Nation develop a green economy, he guided NTUA to build and commission a 55-MW utility-scale solar facility. It is the first-of–its-kind utility-scale solar project on Navajo which enhanced clean energy initiatives, created new jobs, and boosted the economy in Navajo Nation communities. Currently, NTUA is developing two export utility scale solar facilities on the Navajo Nation, which is the first time the Navajo people have majority ownership in an energy generation facility that operates on their traditional homeland.