No Social Media
Back 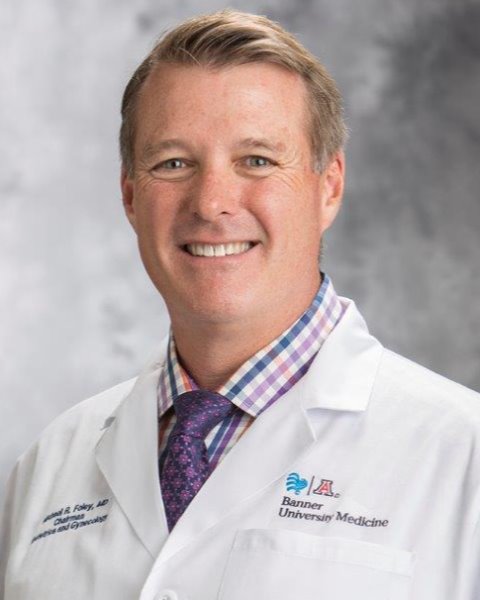 Dr. Foley received his medical degree in 1984 from Chicago Medical School. His residency in obstetrics and gynecology and fellowship in maternal fetal medicine were completed at The Ohio State University Hospital in 1988 and 1990, respectively.
Dr. Foley has published numerous scientific articles and is a reviewer for several medical journals. He is a national and international lecturer as well as an award winning teacher and author. He is considered a national authority on Critical Care Medicine in Obstetrics. Dr. Foley is Past President of the Society for Maternal Fetal Medicine-National (2008) and the recipient of the Society for Maternal Fetal Medicine Lifetime Achievement Award (2013).
He is the Lead Editor of Obstetric Intensive Care: a Practical Manual, first edition published in the spring of 1997. The fourth edition was published in May 2014 (McGraw-Hill) and the fifth edition was recently published in 2018. He is also a co-editor for Critical Care Obstetrics-Fifth and Sixth Editions (Wiley-Blackstone).
Dr Foley is a founding instructor and faculty member for the Dan O’Keeffe, M.D. SMFM Academy for Leadership and Development.Dr. Foley is a seventh-degree black belt and the founder of The Center for Humane Living, a 501c3 organization whose mission is “to inspire all people to live peaceful and compassionate lives.” He has been teaching martial arts and conflict management out of his center for the past 27 years and has written an award-winning book, The Art of Humane Living – Martial Arts as a Path to Peace, published in 2004. He also authored Ancient Wisdom for Life Fulfillment which was published in 2010. INHALE-Reflections from a beginner on the Path to Mastery was published in April of 2019. He is married to Dr Lisa Dado who is a pediatric anesthesiologist. They have three children, Bonnie (31), Molly (26) and Michael (24).