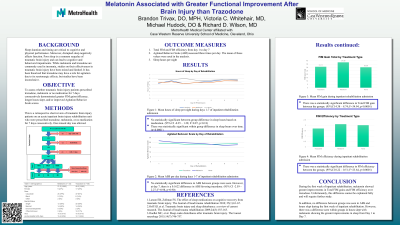 Conclusions: The use of melatonin for sleep impairment after traumatic brain injury may result in greater functional gains during an inpatient rehabilitation admission as compared to the use of trazodone. The etiology of this finding is still unknown and will require further study.