505 - Impact of remdesivir on SARS-CoV-2 Clearance in a Real-Life Setting: a Matched-Cohort Study

Background: Evidence regarding the impact of remdesivir (RDV) on SARS-CoV-2 viral clearance (VC) is scarce. Aim of this study was to compare VC timing in COVID-19 patients who received RDV with those who did not.

Matched-cohort study conducted (25 February 2020-15 April 2021) at the IRCSS San Raffaele, Milan, Italy. The study enrolled hospitalized patients with pneumonia and a SARS-CoV-2 positive nasopharyngeal swab (NPS) at admission and at least one NPS during follow-up. Follow-up started at hospital admission and ended at the date of the first negative NPS (within 30 days after discharge). Patients who received RDV (cases) and patients who did not (controls) were matched based on age (±5 years), sex and PaO2/FiO2 (P/F; ±10mmHg) values at admission.

NPS were analyzed with RT-PCR.
Results described as median (IQR) or frequency (%). Time to VC was estimated with Kaplan-Meier curve and compared with log-rank test.

648 patients were enrolled: 216 cases and 432 controls. Patients’ characteristics at admission are reported in Table 1. VC was observed in 490 patients (75.6%) in a median time of 25 (16-34) days. Overall, time to VC was similar in patients receiving or not receiving remdesivir (p=0.519). However, time to VC was different when considering both the use of RDV (yes vs no) and age (≤ or > 63 years), as shown in Figure 1A. A significant finding was also observed considering the use of RDV and P/F values at admission (≤ or > 200mmHg), as reported in Figure 1B.

Characteristics, respiratory function and laboratory values at admission of hospitalized patients according to the use of remdesivir
Figure 1. 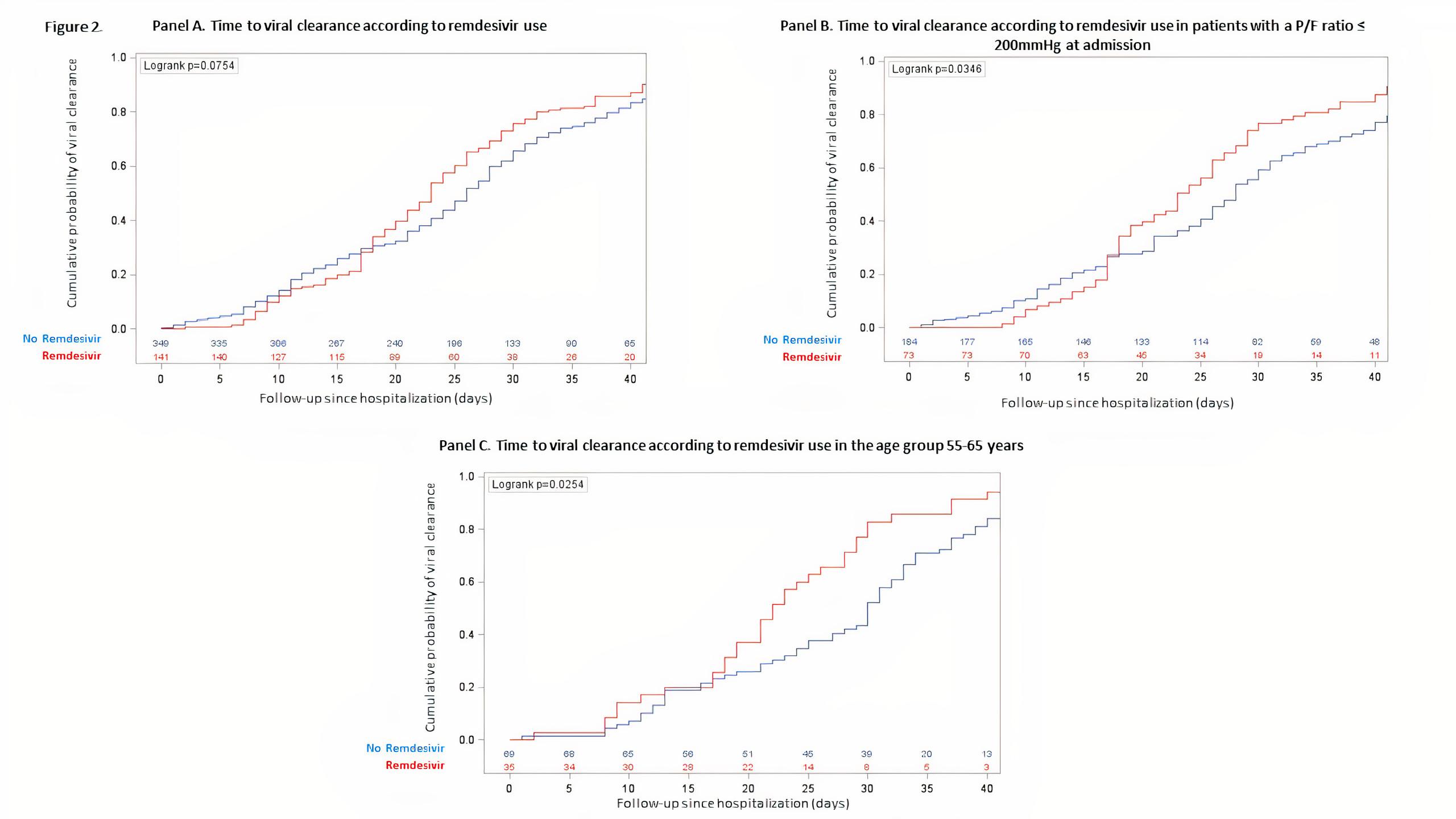