(L5029) Comparison of The Novel KCa3.1 Inhibitor SAN903 with Nintedanib and Pirfenidone In A Model of Idiopathic Pulmonary Fibrosis

Sponsored by: ASPET Division for Drug Discovery and Development

Hypothesis: Idiopathic pulmonary fibrosis (IPF) is a chronic and debilitating disease characterized by progressive lung fibrosis and declined function. IPF is a fatal condition with an expected survival time of 3-4 years, despite two medicines, nintedanib and pirfenidone, having been registered by the FDA/EMA. There is a clear need for more effective treatment options. KCa3.1 is a Ca2+-activated K+- channel expressed in fibroblasts/myofibroblasts, immune cells, and many epithelia/endothelia. The KCa3.1 channel is reported to control proliferation, migration, as well as cytokine release and collagen deposition in fibrosis models and inhibition of the KCa3.1 channel is hypothesized to ameliorate this inflammatory/fibrotic cascade. This study reports the testing of a novel KCa3.1 inhibitor, SAN903, compared to nintedanib and pirfenidone in a mouse model of IPF.

Conclusion: SAN903 reduced lung inflammation and fibrosis in the mouse bleomycin-model of lung fibrosis. The effects of SAN903 on lung pathology seem superior to the two standard-of-care medicines for IPF. 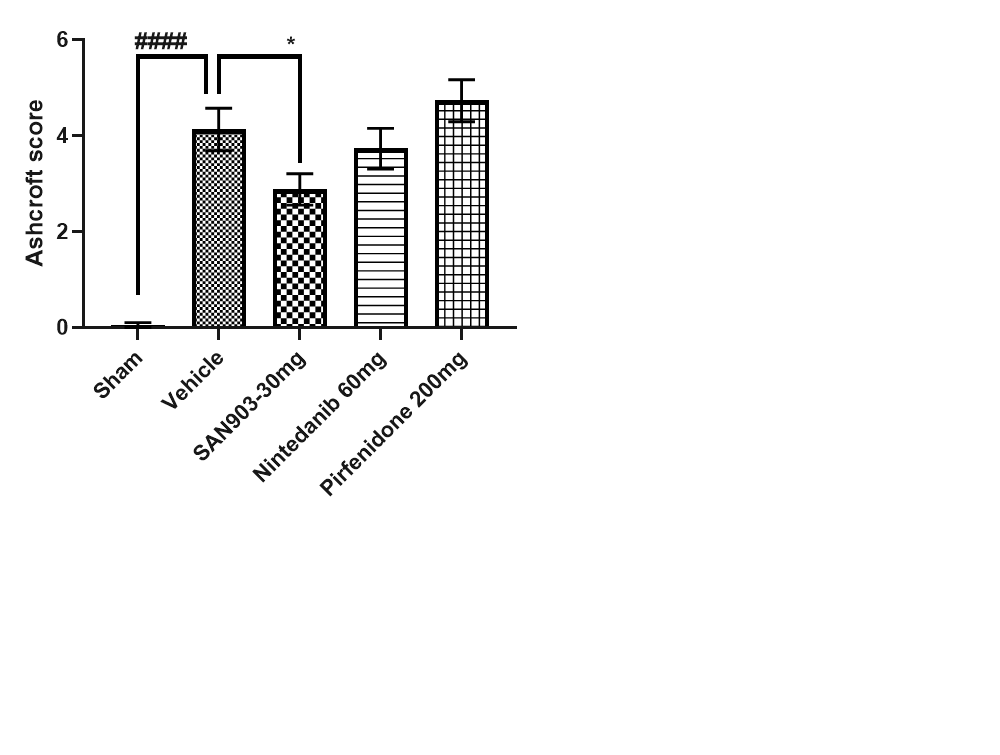 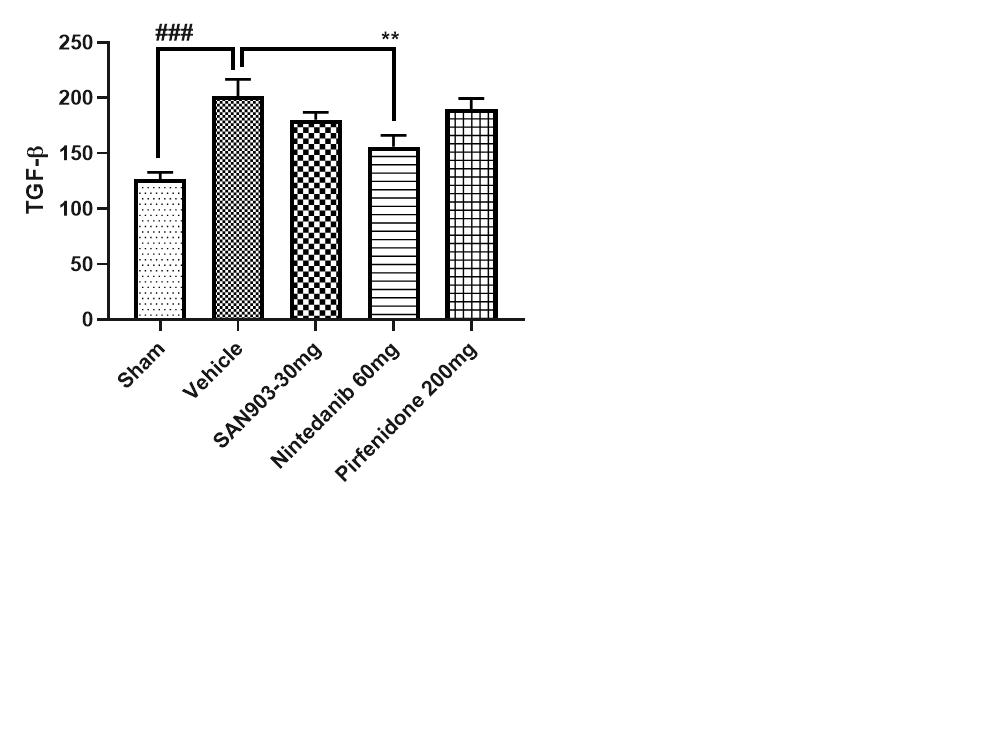