Medicinal plants induce apoptosis through the opening of the Mitochondrial Membrane Permeability Transition Pore (MMPTP). Pathogenesis of diseases like Cancer, Atherosclerosis e.t.c. is largely due to excessive cells proliferation. Therefore, this study assessed the effects of the root extract of Plumbago zeylanica (PZ) on the MMPTP in male albino rats.

MMPTP and other biochemical parameters (Malondialdehyde (MDA) level, ATPase etc) were evaluated. Histopathological studies were also carried out. Data were analysed using the one way analysis of variance and student’s t-test. Level of significance was set at P<0.05.

In conclusion, the Butanol Fraction had the most potent effect on MMPT induction, ATPase activities and caspase 9 activation, suggestive of it being a potent inducer of cell death through the intrinsic apoptotic pathway; a major means of treating diseases arising from cellular proliferation. Further work on bioassay guided fractionation will be done to assess the bioactive compounds responsible for the observed effects. 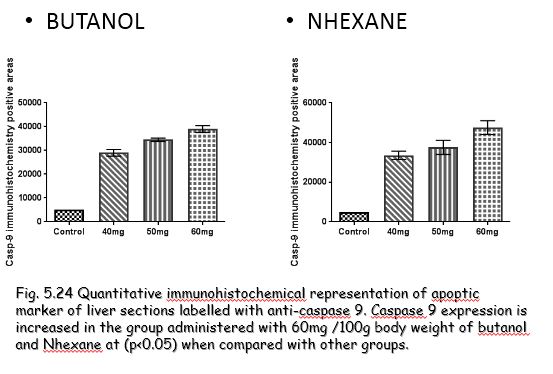