Loss-of-function mutations in a G protein-coupled receptor (GPCR) called the calcium-sensing receptor (CaSR) cause a spectrum of hypercalcaemic disorders and associated increased risk of diseases responsible for the top ten global causes of death, including cardiovascular disease, dementia, kidney disease and depression. In severe cases CaSR mutations are lethal. Off-label use of the CaSR positive allosteric modulator (PAM), cinacalcet, corrects hypercalcaemia and associated hyperparathyroidism in some patients with these mutations. However, there is a significant proportion of patients that remain unresponsive to cinacalcet.

In the present study, we sought to compare cinacalcet to two other clinically-approved drugs, evocalcet and etelcalcetide, as well as to a novel PAM, VD108, for their ability to rescue the signalling and expression of representative CaSR mutations that have been reported in patients that are responsive or non-responsive to cinacalcet therapy. Drugs were tested in HEK293 cells stably expressing the CaSR, and assessed for their ability to restore mutation-induced impairments in CaSR-mediated intracellular calcium (Ca2+i) mobilisation measured using a Flexstation plate reader, and CaSR cell surface expression measured using flow cytometry. Ca2+i mobilisation data was fitted to an operational model of allosterism to quantify the affinity (equilibrium dissociation constant), efficacy (as an operational measure of agonism) and cooperativity (the direction and magnitude of allosteric effect) of each drug at the CaSR.

None of the drugs tested rescued the expression of three loss-of-expression mutants that were identified previously in patients unresponsive to cinacalcet: I81K, C582R and a receptor in which 77 amino acids in the CaSR extracellular domain are deleted due to deletion of exon 5 of the CASR gene. In their heterozygous form, these mutations would lead to a reduction in the number of receptors at the cell surface because only the wild type allele would be expressed. Under conditions that mimicked a loss of wild type surface receptors, VD108 was the best drug at rescuing the signalling of the CaSR while etelcalcetide was without effect.

Our findings suggest that a precision medicine approach would be clinically useful in treating patients with CaSR mutations, but that some mutants may remain unresponsive to treatment with current CaSR-targeting drugs. 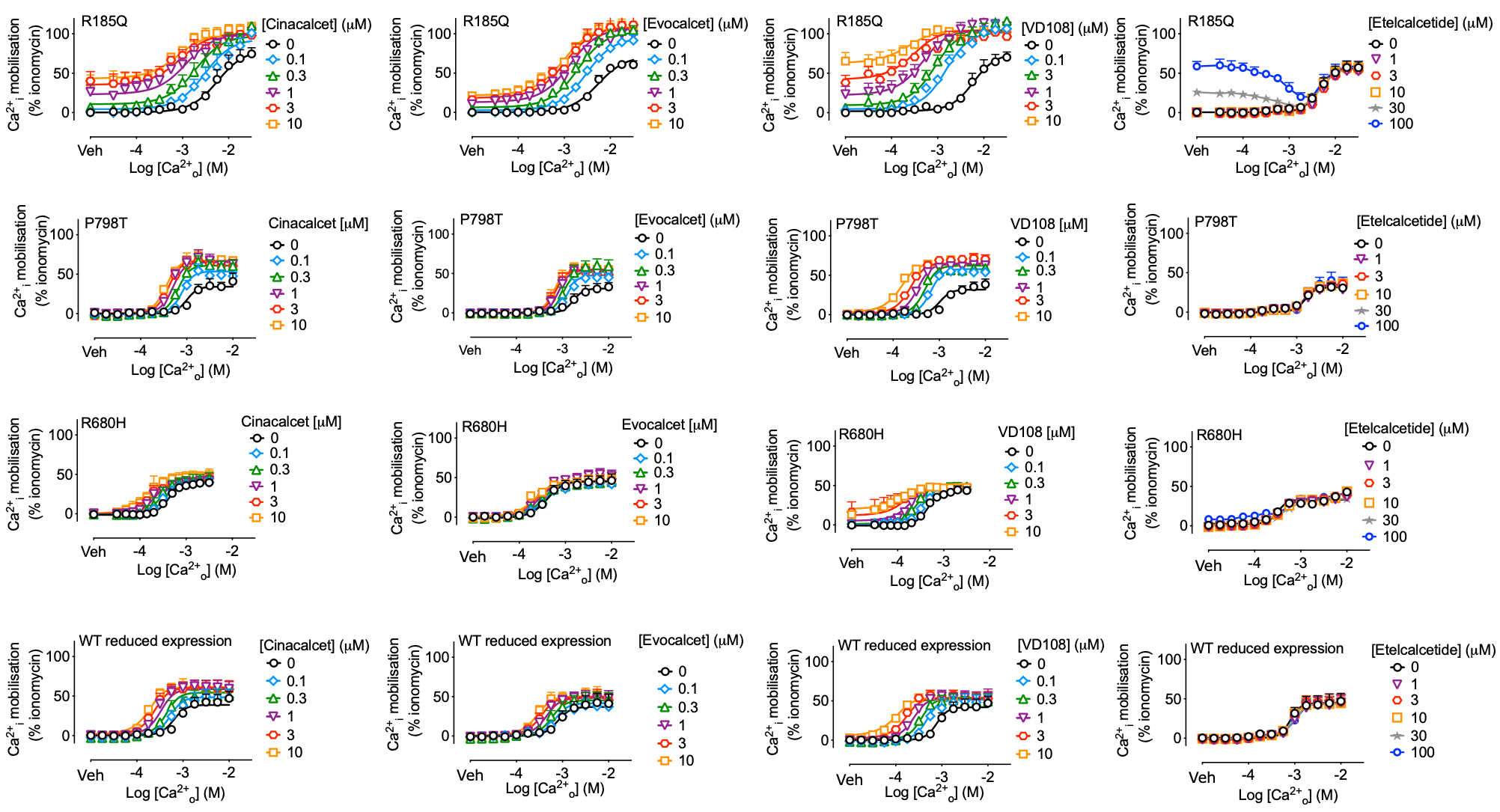 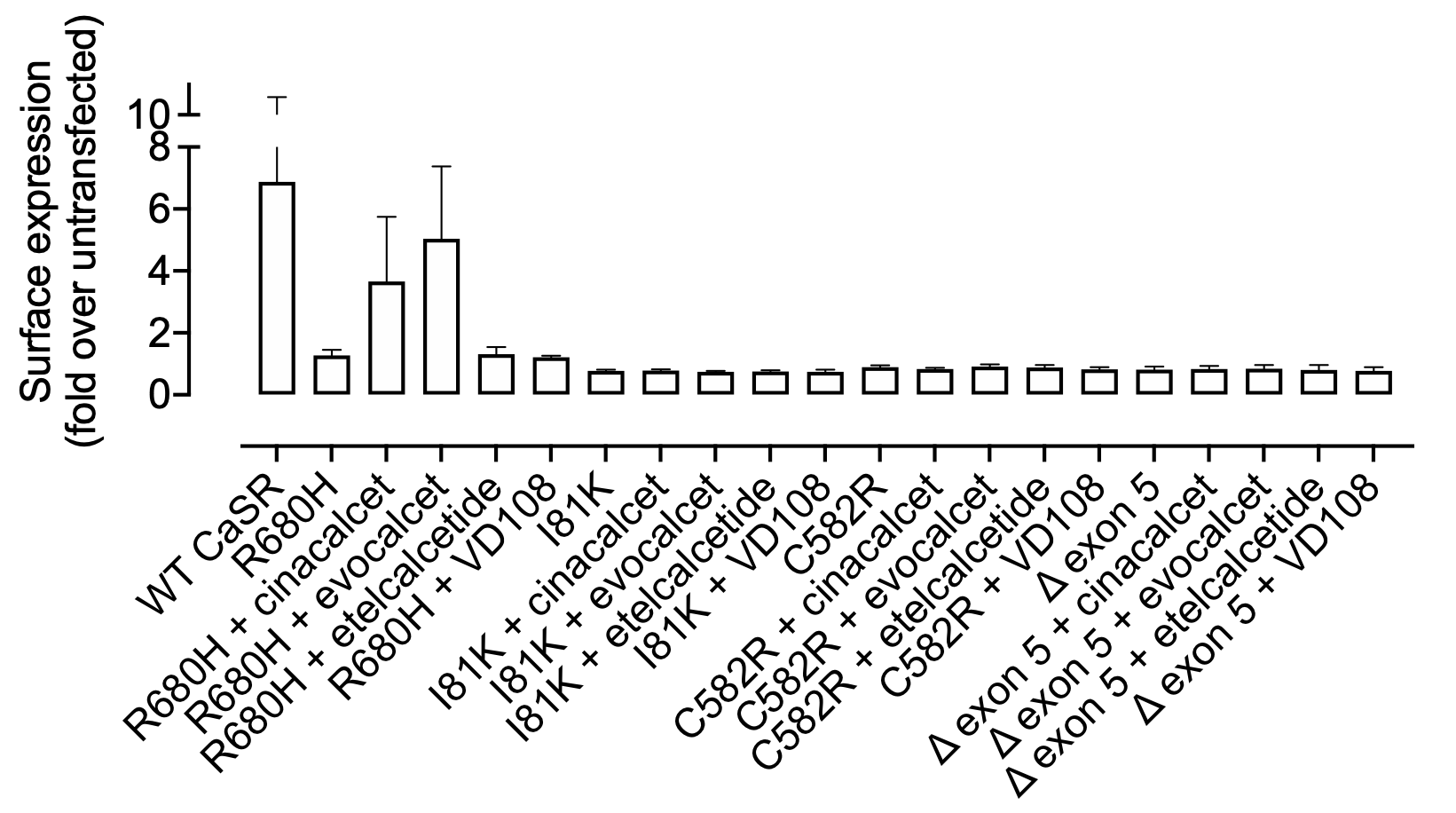