Streptococcus pyogenes is a causative agent of pharyngitis and necrotizing fasciitis. Key to its pathogenicity are numerous prophages spread throughout its genome that encode deadly toxins. These prophages also encode several proteins whose biological function is unknown. Of particular interest is the conserved phage protein paratox (Prx), which is genetically linked to phage toxin genes. Our past results have shown that Prx expression is regulated by the natural competence ComRS quorum sensing pathway, and that Prx itself is a negative regulator of ComRS. Prx directly binds the transcription factor and quorum sensing receptor ComR and inhibits its ability to bind DNA by an unknown mechanism. As ComR undergoes a significant conformational change upon binding the peptide pheromone XIP, we hypothesize that Prx employs a novel mechanism of protein-protein binding and inhibition. Using a combination of structural biology and biochemistry, including X-ray crystallography, small-angle X-ray scattering (SAXS), and various fluorescence assays, we have been able to elucidate the molecular details of how Prx manipulates the conformation of ComR to prevent activation by the XIP pheromone. Our results not only reveal a dynamic protein-protein binding mechanism, but further demonstrate the myriad roles that phage proteins have evolved to regulate the pathways of their hosts for self-preservation. 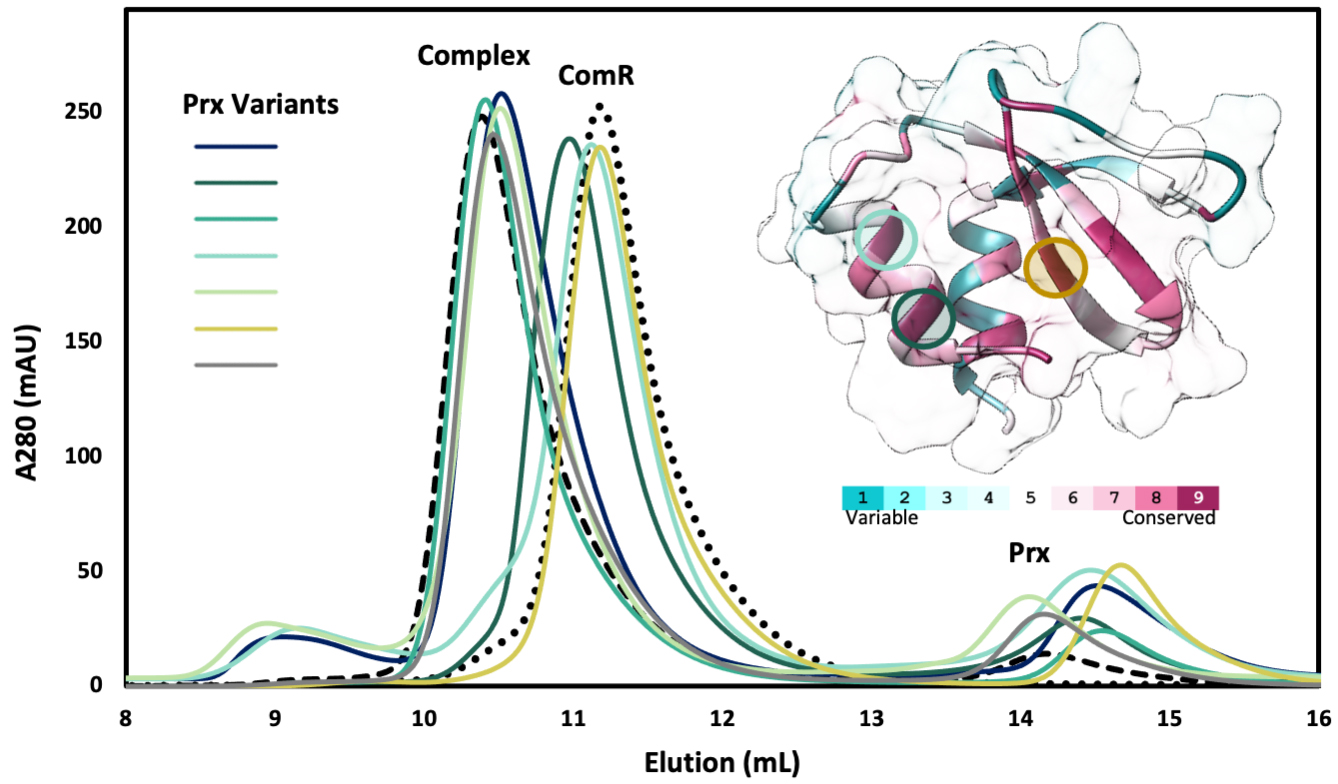