The soluble lytic transglycosylase Cj0843c from Campylobacter jejuni breaks down cell-wall peptidoglycan (PG). Its non-hydrolytic activity sustains cell-wall remodeling and repair. We report herein our structure-function studies probing the substrate preferences and recognition by this enzyme. Our studies show that Cj0843c exhibits both exo- and endolytic activities and forms the N-acetyl-1,6-anhydromuramyl (anhMurNAc) peptidoglycan termini, the typical transformation catalyzed by lytic transglycosylase. Cj0843c shows a trend toward a preference of substrates with anhMurNAc ends and those with peptide stems. Mutagenesis revealed that the catalytic E390 is critical for activity. In addition, mutagenesis showed that R388 and K505, located in the positively charged pocket near E390, also serve important roles. Mutation of R326, on the opposite side of this positively charged pocket, enhanced activity. Our data point to different roles for positively charged residues in this pocket for productive binding of the predominantly negatively charged PG. We also show by X-ray crystallography and by MD simulations that the active site of Cj0843c is still capable of binding GlcNAc containing di- and trisaccharides without MurNAc moieties, without peptide stems, and without the anhMurNAc ends. 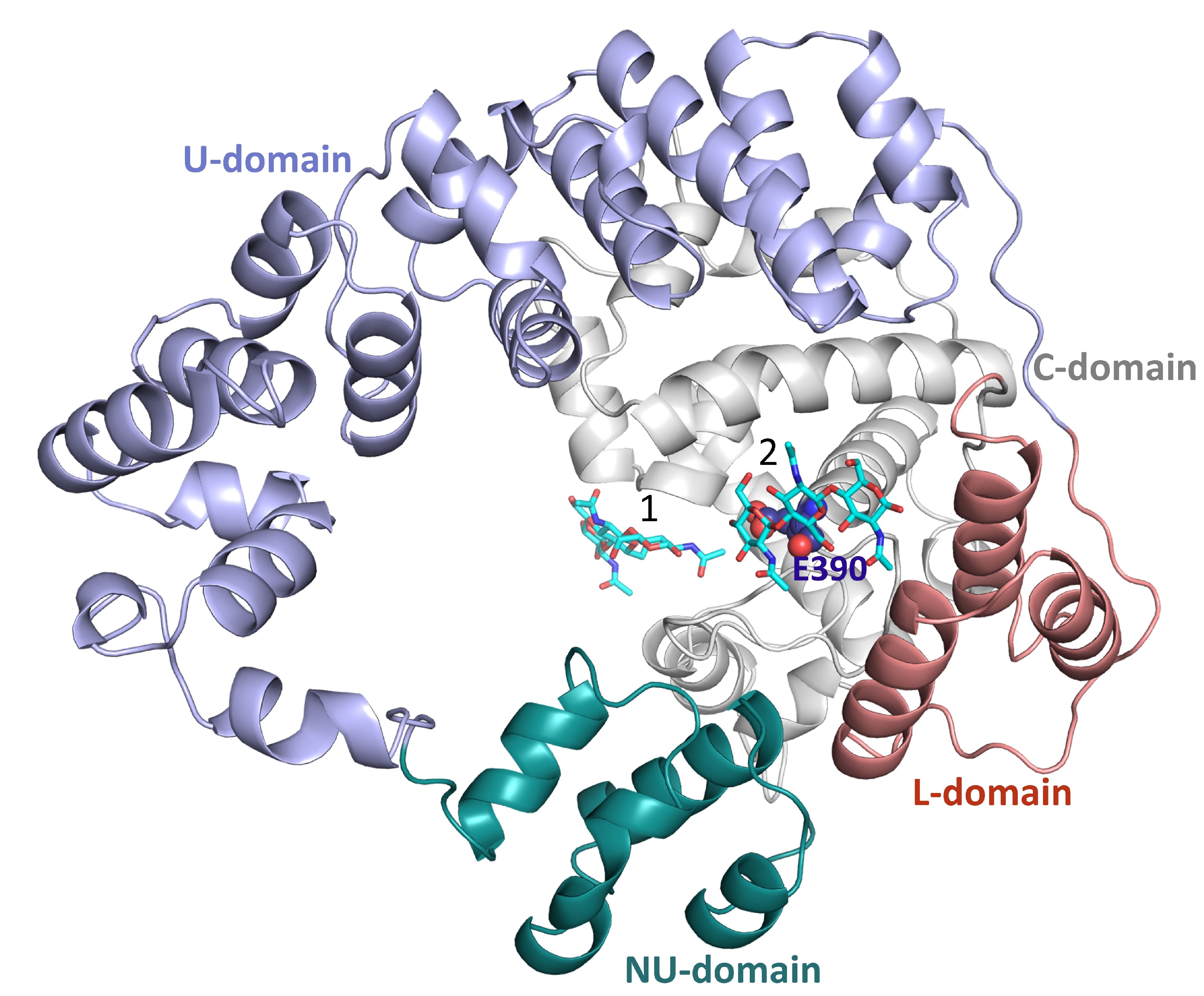 Crystal structure of the doughnut-shaped lytic transglycosylase in complex with two GlcNAc trisaccharides. The two trisaccharides (with cyan carbon atoms) bind in the active site near the catalytic E390 (in purple spheres). The trisaccharides mimic the peptidoglycan substrate.