Background: Protein arginine N-methyltransferases (PRMTs) methylate polypeptide substrates using a methyl-donor cofactor S-adenosyl-L-methionine (SAM). The binding mechanisms of both the cofactor and target substrates have been explored using transient and steady-state kinetic experiments. However, many of these studies have found conflicting results due to the difficult and sometimes subjective interpretation of kinetic data. Therefore, a robust understanding of the PRMT bisubstrate mechanism can only be achieved through use of complementary structural and biophysical techniques. We hypothesize that thermal shift assays, which are widely used to monitor ligand-receptor interactions in drug discovery processes, may be applied in a novel way to reveal order of bisubstrate binding to PRMTs.

Methods: We used differential scanning fluorimetry (DSF) to measure protein melting temperature (Tm) changes in response to ligand binding. Protein unfolding was monitored using an environmentally sensitive dye SYPRO™ Orange, whose fluorescence increases when exposed to hydrophobic patches of unfolded protein. Cofactor analogues, peptide substrates, and an active site inhibitor were incubated with human PRMT1 to observe their individual and combined effects on enzyme stability; ligands which result in a higher Tm interact with and stabilize the enzyme.

Results: We found that the cofactor analogues induce a positive shift in Tm, indicating a stabilizing effect on PRMT1. Conversely, peptide substrates do not stabilize the enzyme and instead lead to a destabilizing, negative shift in Tm. Together though, both cofactor and peptide substrate have an additive stabilizing effect on PRMT1. We also found that the active site inhibitor only interacts with PRMT1 in the presence of cofactor and causes a significant positive and stabilizing thermal shift.

Conclusions: We demonstrate for the first time that DSF can be used to explore the order of substrate binding to enzymes. Our results corroborate other structural, biophysical, and kinetic data which demonstrate that cofactor binding must precede target substrate binding for catalysis to occur. The enzyme:cofactor:substrate complex forms a stable structure that is conducive to methyl transfer. This technique is a valuable complement to kinetic experiments that will contribute to a sound understanding of enzyme kinetic mechanisms. 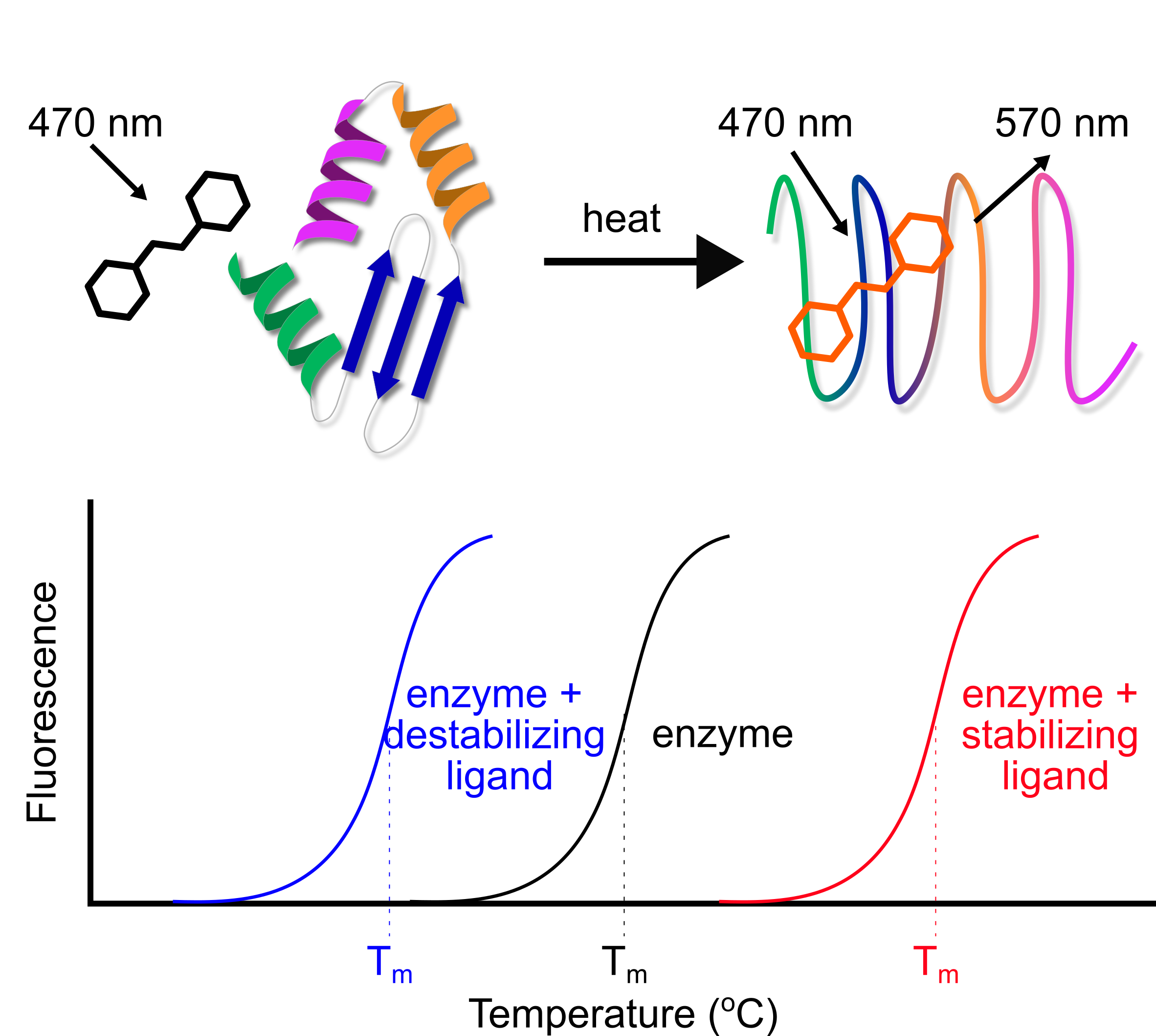