(R2138) Identification of PDZ‐RhoGEF (PRG) as a Novel Gαi Target

Cell‐migration and adhesion are fundamental biological processes regulated by chemokine G‐protein‐coupled receptors that couple to PTX‐sensitive Gi proteins. The role of Gβγ subunits released from Gi in chemokine signaling has been well characterized. In contrast, Gαi has been thought to have no direct signaling function. Our laboratory recently uncovered a role for Gαi‐GTP in regulating cell adhesion. However, a direct effector of Gαi responsible was not identified. To discover novel targets of active Gαi, we used BioID2 proximity‐based labeling coupled to TMT quantitative proteomic mass spectrometry. We subsequently compared the abundance ratios of proteins in Gαi1‐QL‐BioID2 (constitutively active) to Gαi1‐WT‐BioID2 (inactive) samples. BioID2‐CaaX was used as a membrane‐targeted control. Experiments were done in HT1080 fibrosarcoma cells where we previously demonstrated Gαi regulation of adhesion. Known binding partners for Gαi subunits including, GPCRs, Gβ, Gγ, adenylate cyclase, and Ric8A were identified by mass spectrometry further validating the method.

A candidate Gαi effector identified was PDZ‐RhoGEF (PRG), a Rho guanine nucleotide exchange factor that regulates cell adhesion in neutrophils. To determine if PRG can be activated by Gαi; we co‐transfected PRG with Gαi1 subunit and an SRE luciferase Rho reporter in A293 cells. Gαi1‐QL but not Gαi1‐WT strongly activated PRG dependent SRE luciferase, which was confirmed in a rhotekin assay for active RhoA. PRG activation was specific to the Gαi subfamily and required the PRG-RGS domain. A proximal interaction was confirmed in a proximity ligation assay in A293 cells transfected with PRG and Gαi1 cDNAs. Purified Cy5-labeled myr-His-Gαi bound specifically to GST-PRG in a TR-FRET assay. This binding was independent of the nucleotide state of Gαi1 but was inhibited by the addition of Gβγ subunits.

In neutrophils, activation of the formyl peptide receptor (FPR) by fMLP, and subsequent PRG activation leads to Rho-dependent accumulation of phosphorylated-myosin light chain (P-MLC) at the trailing edge and has been proposed to result from FPR-dependent Gα13 activation. In our preliminary experiments, stimulation of primary human neutrophils with 10 nM fMLP promoted polarized P-MLC accumulation that was inhibited by PTX. This supports a model where at physiological concentrations of chemoattractant, activation of PRG/Rho is through Gαi‐GTP rather than Gα13 in primary human neutrophils. Overall, we identified relatively ubiquitously expressed PRG as a novel Gαi‐GTP target. Identification of a novel signaling pathway regulated by Gi-coupled GPCRs will have a significant impact on our understanding of the biology regulated by these ubiquitous and pharmacologically important receptors. 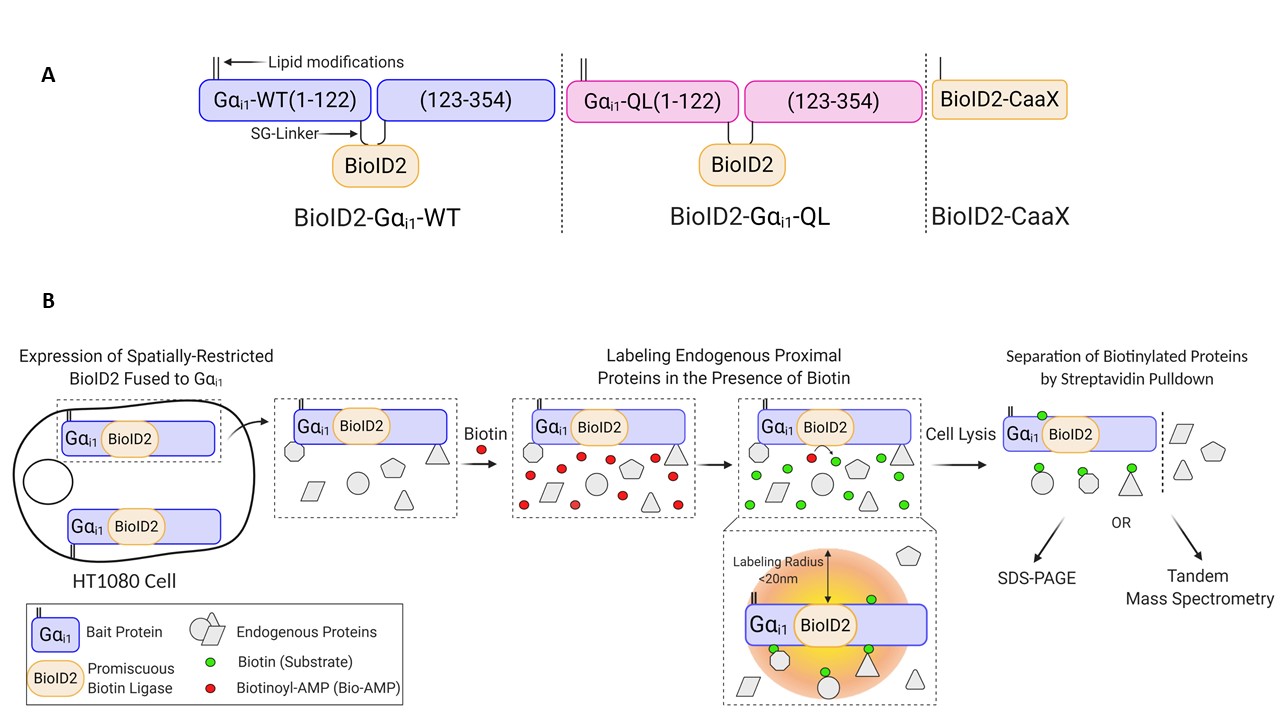 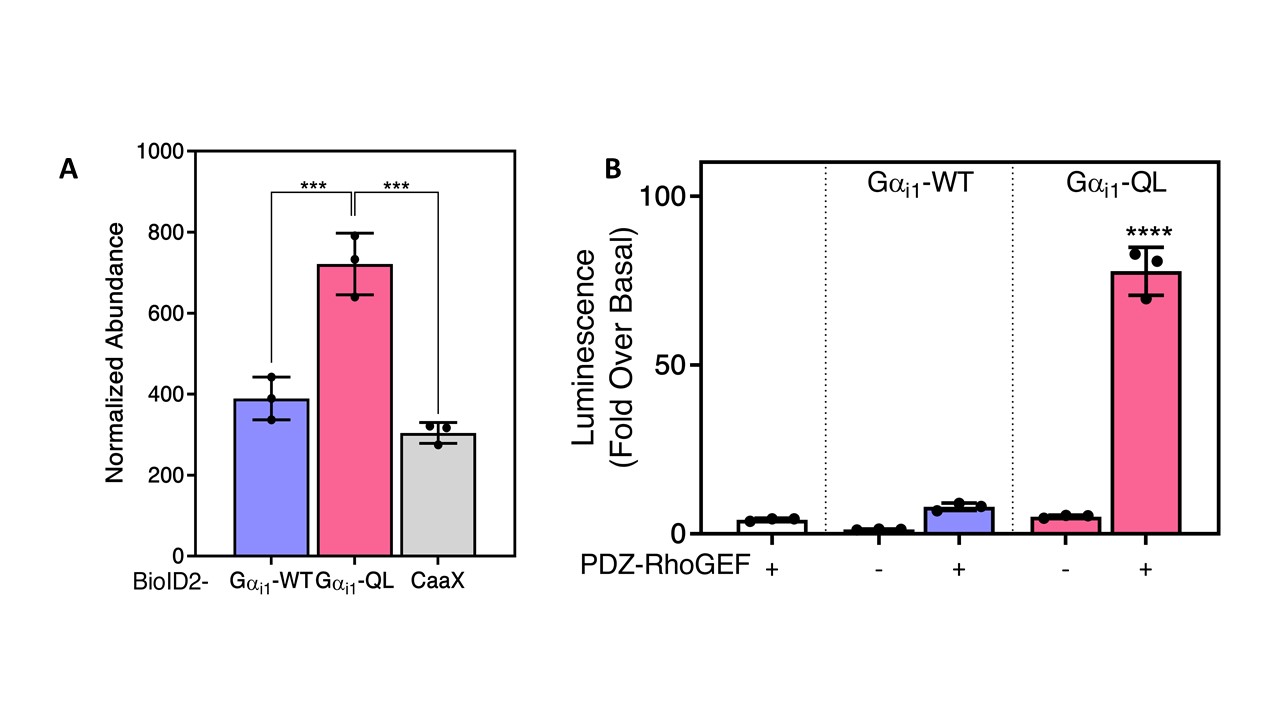