The microtubule-associated protein tau plays an important role in regulating the assembly and spatial organization of microtubule in the central nervous system. Although hyperphosphorylated tau forms amyloid filaments in a number of neurodegenerative diseases known as tauopathies, such as Alzheimer’s disease, unmodified tau is stable and resistant to aggregation even in boiling water. Tau protein is highly expressed in E. coli and can be easily purified from cell lysis by utilizing its thermo stability. So for, widely used tags for recombinant protein expression are folded proteins, such as glutathione S-transferase, maltose binding protein, and ubiquitin. In this work, we designed a novel recombinant protein/peptide expression system based on the microtubule-binding domain of intrinsically disordered protein tau. A His-tag was arranged at the N-terminal of tau protein to facilitate affinity purification. A TEV protease cleavage site was introduced between tau and target protein/peptide, enabling release of target protein/peptide from the tagged protein (Figure 1). To demonstrate the usability of this tau fusion expression system, we tested the expression of three proteins/peptides, i.e., the N-terminal p53 binding domain of MdmX, the azurin derived anticancer peptide p28, and the C-terminal transactivation domain of HIF-1α. Compared to GST-fused MdmX, the expression level and solubility of tau-fused MdmX was higher under identical expression temperature and IPTG concentration. p28 and HIF-1a are disordered peptides with 28 and 51 residues, respectively. Both tau-fused p28 and tau-fused HIF-1α were mainly expressed as soluble proteins at high level. Furthermore, most bacterial proteins were separated from tau-fused p28 and tau-fused HIF-1a by boiling the cell lyses. Finally, the tau-fused MdmX, p28, and HIF-1α could be efficiently purified by using Ni-NTA and the purity was higher than 90% based on SDS-PAGE (Figure 2). Therefore, the highly expressed and thermo stable disordered protein tau is expected to be applicable to prepare various recombinant proteins. 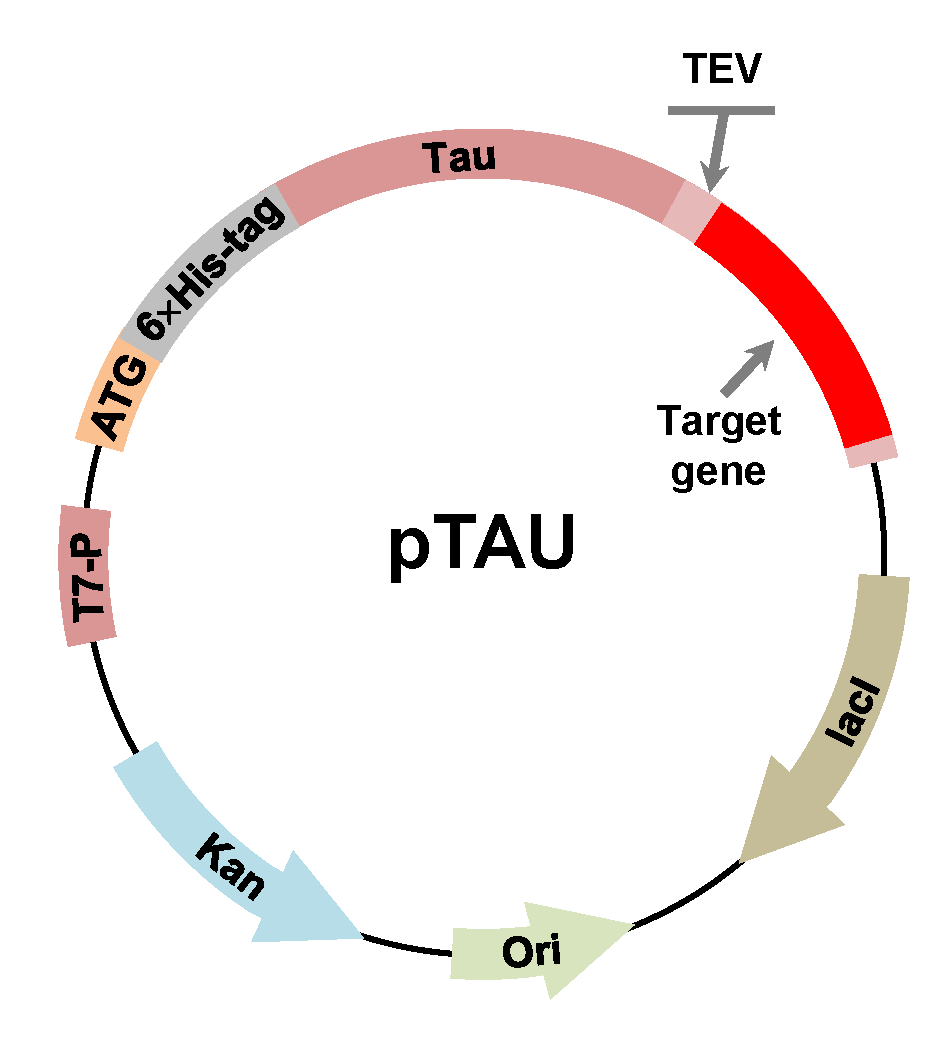 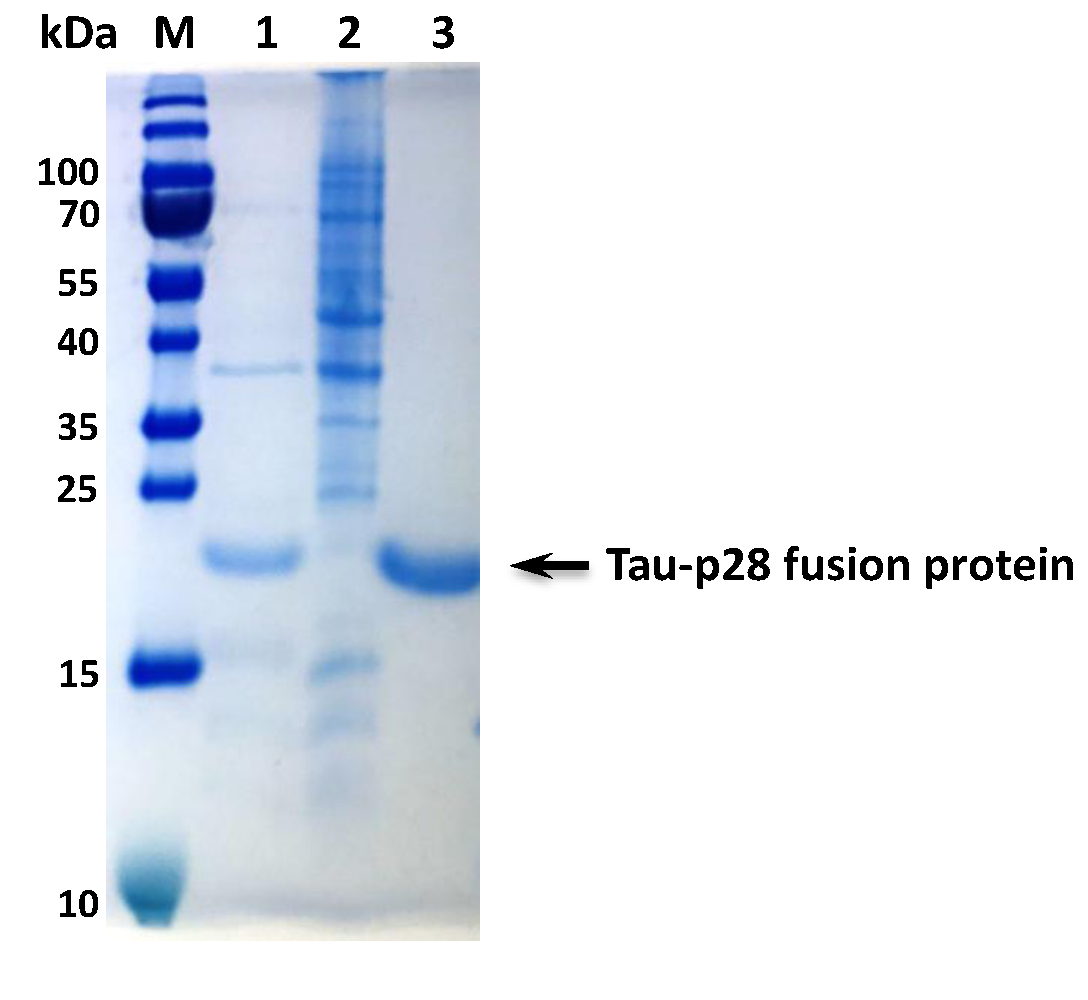