Chemotherapy is one of major interventions against cancer. However, the therapeutic outcome is commonly unsatisfactory and more agents are required. Natural compounds provide a large pool of candidates for drug development. Periplogenin, levistolide A and scutellarin are chemically defined compounds derived from different herbs that have been used in China for treating cancer for long. In the present study, we investigated their anti-cancer effects in vitro and in vivo using HCT116 colon cancer cells as an experimental model. Both periplogenein and lesvitolide A inhibited cancer cell viability in a dose- and time-dependent manner, and caused apoptosis via ROS and ER stress pathways. They showed combinational effects in the induction of apoptosis, when used in combination with 5-fluorouracil or oxaliplatin. Scutellarin neither affect the cell viability nor triggered apoptosis of the cancer cell. However, it sensitized the cancer cells to apoptosis induced by 5-fluorouracil. In nude mice, periplogenein and lesvitolide A inhibited the cancer cell growth substantially when used alone. They also showed combinational growth inhibition effects when used in combination with 5-fluorouracil. In contract, scutellarin did not sensitize the cancer cells to the growth inhibitory effect of 5-fluorouacial or oxaliplatin. In conclusion, our results showed that periplogenein and lesvitolide A inhibited the colon cancer cell growth in vitro and in vivo, when used alone or in combination with clinical drugs, suggesting that they are candidates for colon cancer chemotherapeutic development. 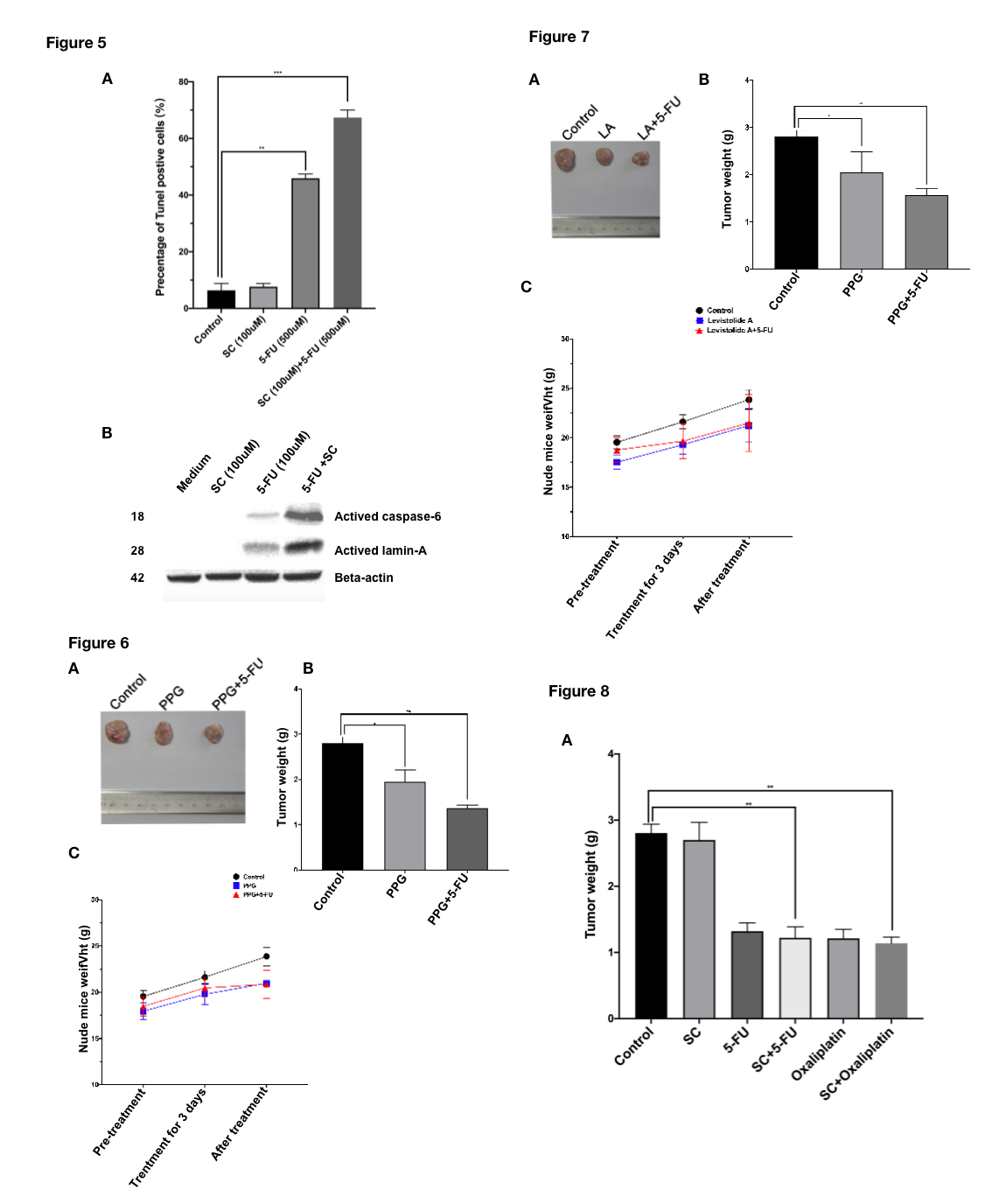 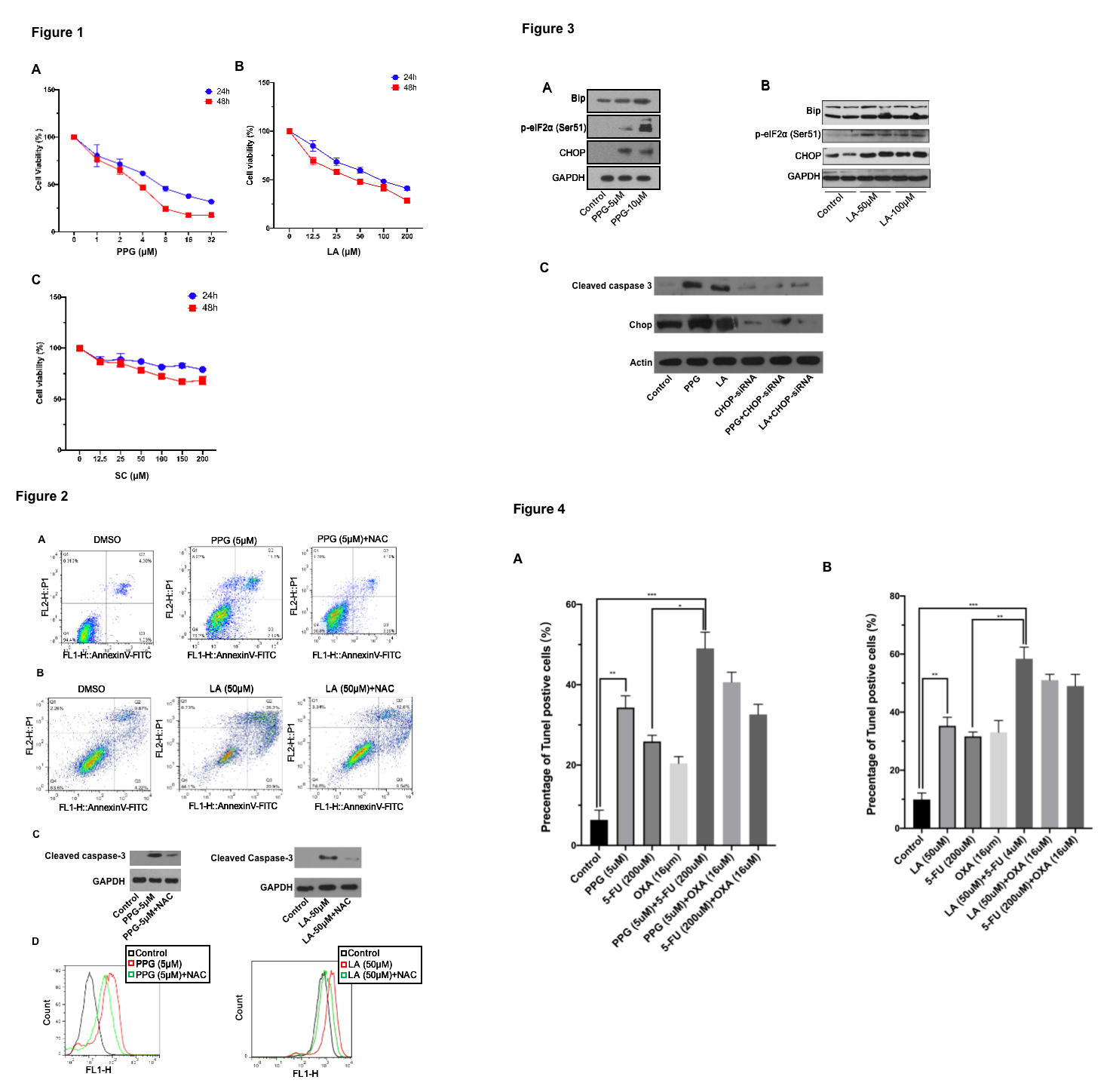