Loss of synaptic plasticity in the brain has been linked to aging-associated cognitive decline and neurodegeneration, thus providing a promising target for therapeutic interventions. Ketamine, a drug applied for analgesia in emergency medicine and in treatment-resistant depression, and some of its metabolites rapidly induce synaptic plasticity. However, ketamine cannot be reasonably applied as a neuroprotective agent given its side-effect profile. With the aim to dissociate pro-neuroplastic actions from NMDA receptor-mediated psychotropic side effects we studied novel ketamine derivatives in vitro.

We conclude that novel ketamine derivatives potently augment neuronal plasticity in a concentration-dependent fashion. Our study provides preliminary evidence that the potentially beneficial effect on neuronal plasticity can be dissociated from NMDA receptor engagement, which could pave the way for development of new neuroprotective therapies with less unwanted side-effects. 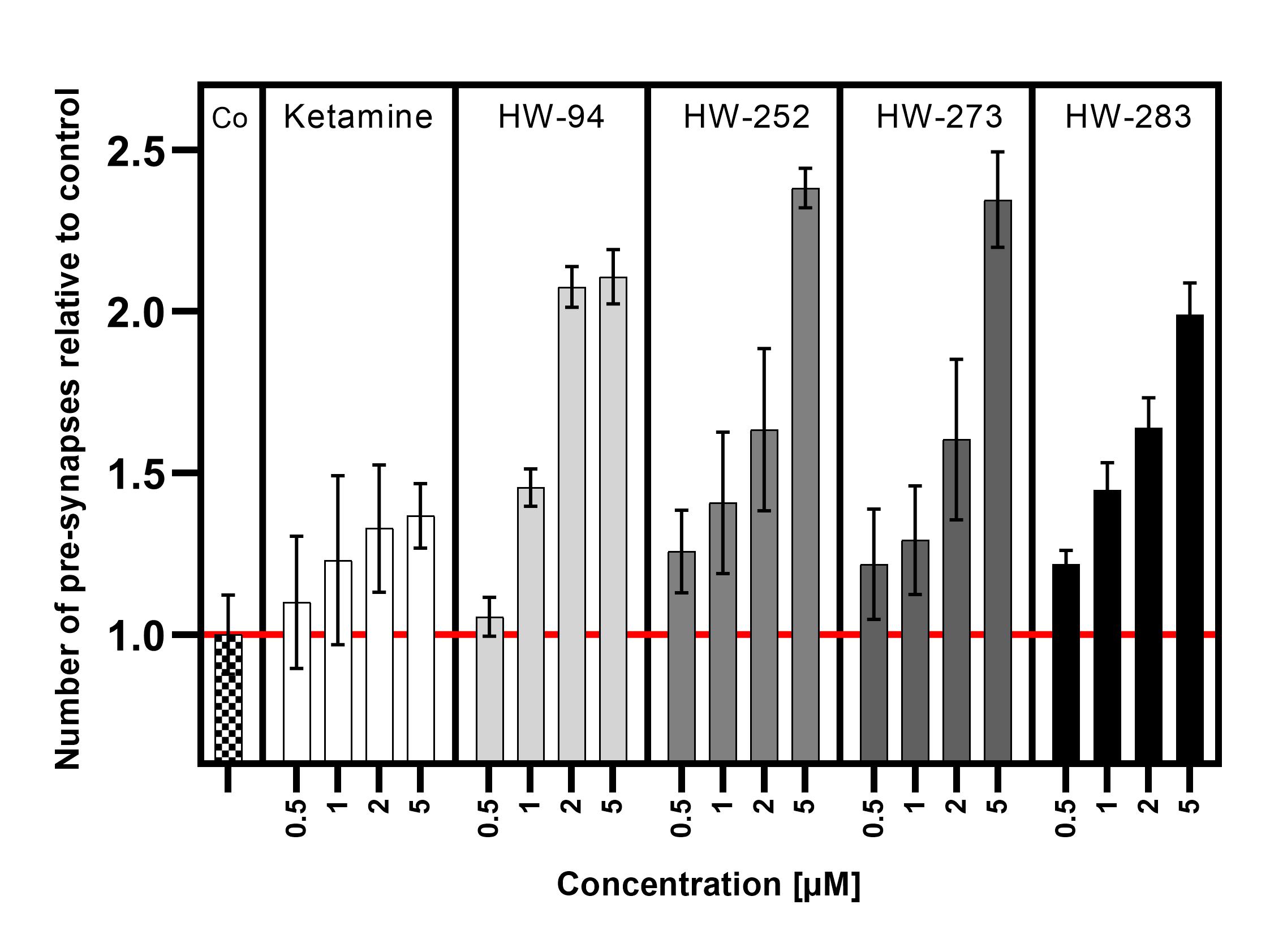