Overall, American adults have a 10.5% risk of having diabetes during their
lifetime but for the Hispanic American adult, the risk is over 12.5% compared
to 7.5% in non-Hispanic whites. Hispanic Americans are a mixed group
comprising of Mexicans, Cubans, Puerto Ricans, South and Central Americans,
and other Spanish communities. This disease is very damaging and a challenge
to manage for anyone. It is the seventh-largest cause of death in the United
States in 2017. Detecting single nucleotide polymorphism (SNPs), in the
human genome can help in determining an individual’s risk of obtaining type 2
diabetes. Recent studies with SNP rs149483638 have shown that the IGF2
gene is associated with the identification of insulin that regulates growth and
metabolism in the human body. IGF2 is found in many tissues where it is
synthesized and released into the periphery, with the highest levels in the
liver. IGF2 facilitates ß-cell proliferation and survival in the pancreas. The
alleles shown in this SNP is the C>T allele change. The goal of this research was
to detect the prevalence of SNP rs149483638 by buccal swab samples in 25
controls and 26 patients. DNA extraction followed by PCR and restriction
fragment length pattern using the BstNI enzyme was used to detect the
prevalence of this SNP and its association with Diabetes. We found the allele C
& T very predominant in the diabetes group. The allele C was also found in the
control group. We need to increase the sample size in the control group in
order to assess the risk of this SNP in diabetes type 2. 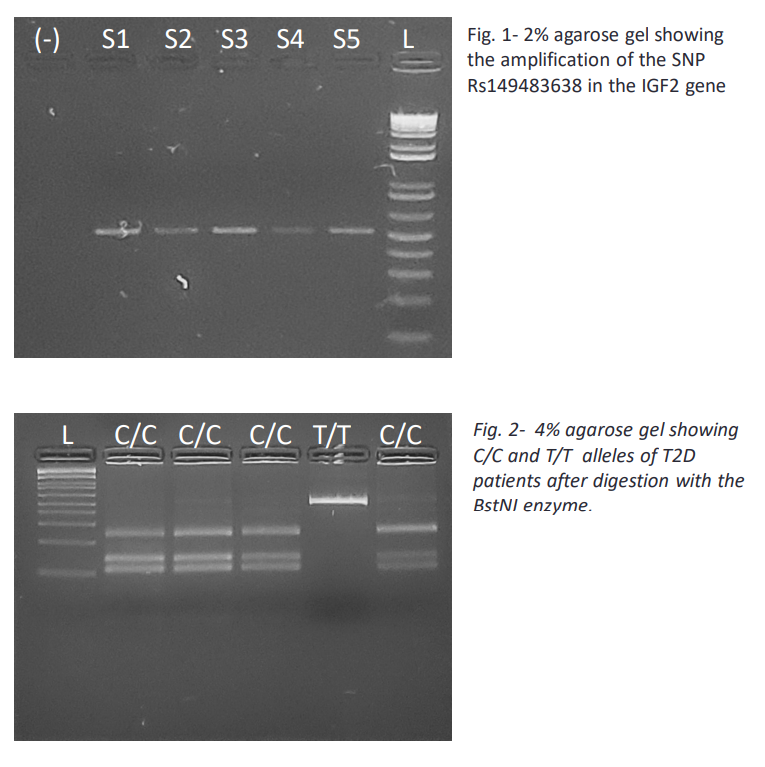 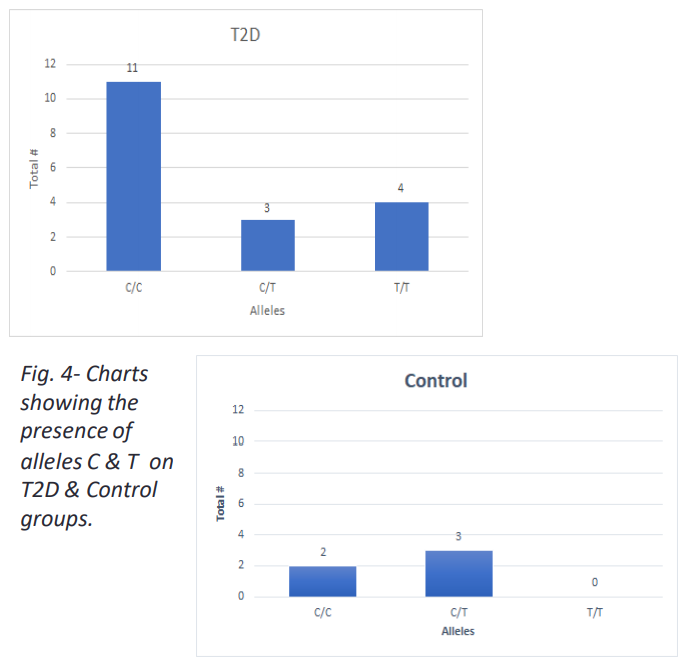