Transcriptional repressors are often thought of as mediators of decisive on/off activity that underlies cell-type, or condition-specific, gene expression. However, our recent assessments of global regulators Retinoblastoma (Rb) and SIN3 led to the realization that another important, but often overlooked repression activity involves measured but critical modulation of expression that is considerably less than two-fold. This so-called "soft repression" involves promoter-proximal regulation by Rb and SIN3 that may interfere with only a subset of incoming signals that drive transcriptional initiation. Soft repression has been overlooked because of challenge of teasing out pleiotropic, yet subtle influences, but the types of target genes involve many integral components for central metabolic processes, including ribosome and mitochondrial synthesis, methionine metabolism, and cellular polarity. We will discuss current approaches to identify and characterize soft repression in the context of development and disease, and focus on new technologies that can uncover this new layer of regulation underlying metazoan gene regulation. 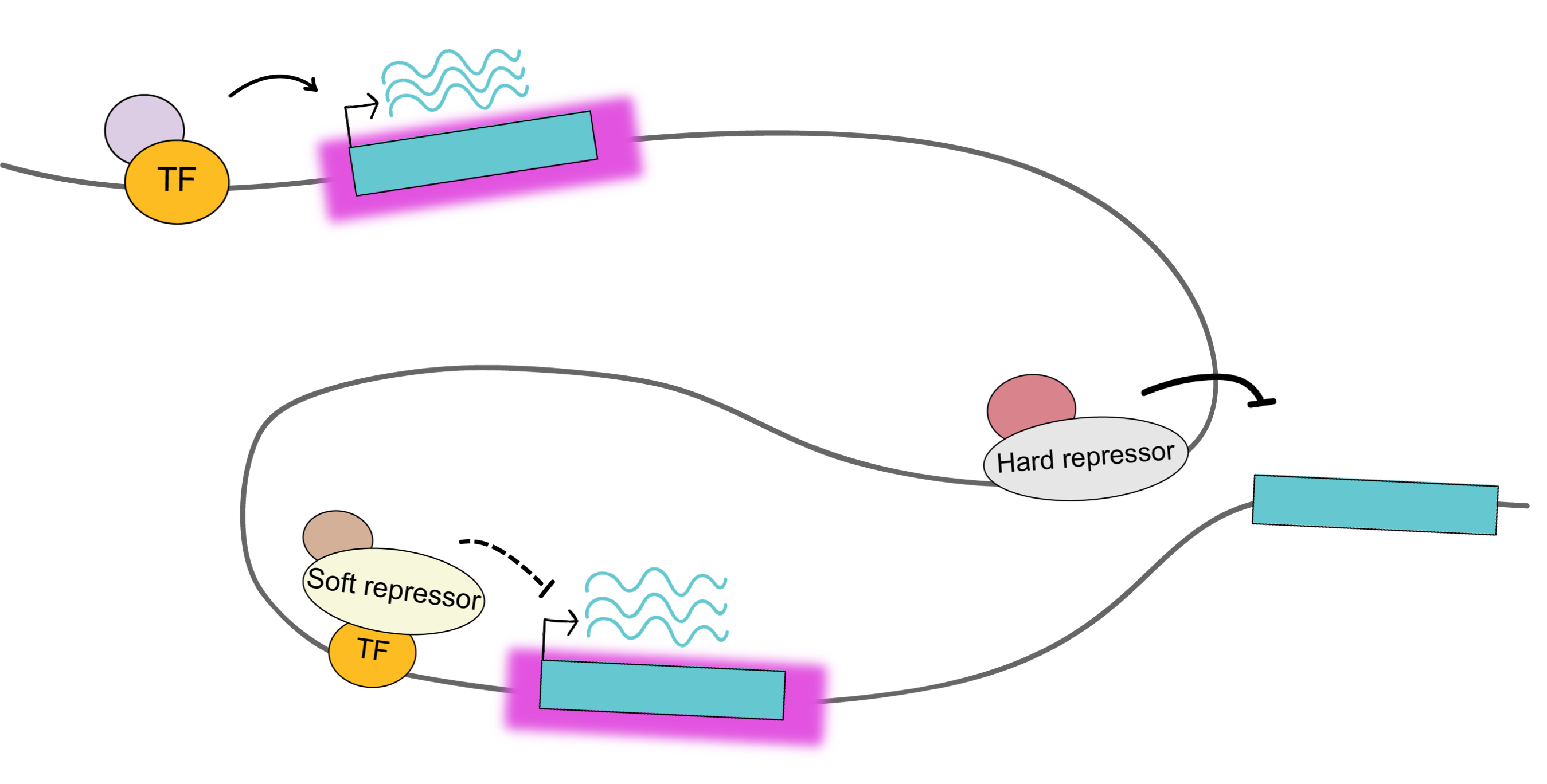 Alternative modes of transcriptional repression, including "hard" and "soft" control. SIN3 appears to be largely engaged in soft repression, while a RB can be involved in either form, depending on promoter context.