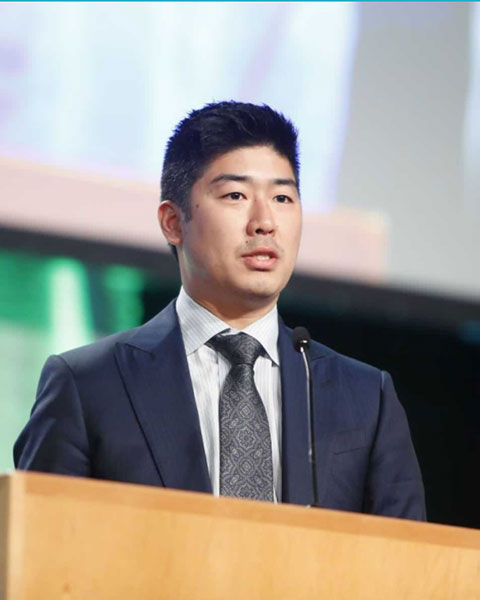 Dr. Brian S. Kim’s laboratory focuses on neuroimmune mechanisms that underlie skin inflammation and the sensation of itch. He discovered the presence of group 2 innate lymphoid cells (ILC2s) in the skin, and along with basophils, and their contribution to the pathogenesis of atopic dermatitis (AD) in both mice and humans. These cells have emerged as critical sources of the type 2 cytokines IL-4, IL-5, and IL-13, which are now among the most important targets for biologic therapy in AD and other allergic disorders. In 2017, the Kim Lab was the first to identify functionality of IL-4/13 and Janus kinases (JAKs) in sensory neurons as master regulators of chronic itch. This led to Dr. Kim leading the design of the pivotal phase 2 clinical trial for topical ruxolitinib cream by Incyte Corporation for AD which in turn led to highly successful phase 3 clinical trials, paving the way for FDA approval. These studies have immediate clinical implications as type 2 cytokine and JAK blockade have emerged as some of the most efficacious therapeutics in AD. More recently, the Kim Lab has identified how natural killer (NK) cells can be harnessed to suppress skin inflammation. Additionally, they have identified a new form of itch within AD mediated by IgE and basophils, revealing a novel neuroimmune circuit. His research on neuroimmune regulation of AD and itch has led to awards and funding from the NIH, Doris Duke Charitable Foundation, American Skin Association, American Academy of Dermatology, American Society for Clinical Investigation, American Dermatological Association, and International League of Dermatological Societies. He holds a patent for the use of JAK inhibitors for chronic itch. He is on the scientific advisory board for Abrax Japan, Granular Therapeutics, National Eczema Association, and Cell Reports Medicine.