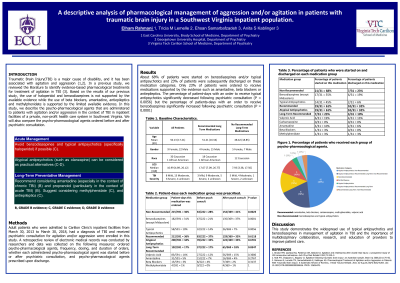 Adult patients admitted with a diagnosis of TBI who received psychiatric consultation for agitation and/or aggression.

This study demonstrates the widespread use of typical antipsychotics and benzodiazepines in management of agitation in TBI and the importance of multidisciplinary collaboration, research, and education of providers to improve patient care.