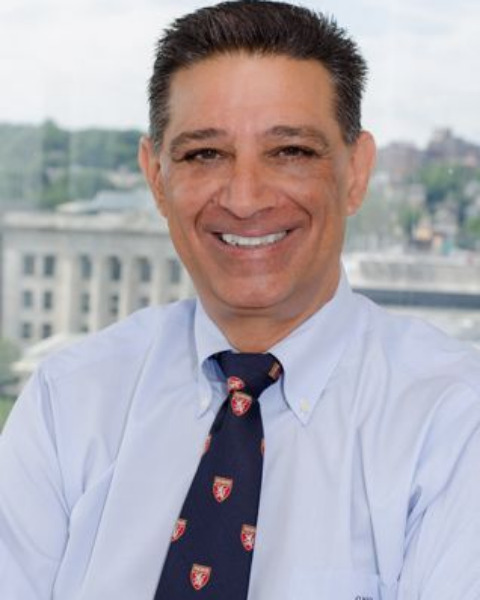 Charles Nicholas Serhan is the Simon Gelman Professor of Anaesthesia (Biochemistry and Molecular Pharmacology) at Harvard Medical School and also Professor of Oral Medicine, Infection and Immunity at Harvard School of Dental Medicine; At MGB, he is Director of the Center for Experimental Therapeutics and Reperfusion Injury at Brigham and Women’s Hospital. Charles received a BS in biochemistry from Stony Brook University followed by a Doctorate in experimental pathology and medical sciences from New York University School of Medicine. He was a visiting scientist and post-doctoral fellow at the Karolinska Institutet, Stockholm with Professor Bengt Samuelsson (Nobel Laurate Medicine 82). In 1987, he joined the faculty at Harvard Medical School and received an honorary degree from Harvard University (1996).
Charles has led several multidisciplinary research teams at BWH as PI/Program Director for Program Project Grants supported by NIH including a P50 Center grant and is currently PI/PD of the Program Project at BWH entitled “Resolution Mechanisms in Acute Inflammation: Resolution Pharmacology” (P01-GM095467). He has received several research awards including an NIH MERIT award , he’s delivered > 60 keynote and plenary lectures and trained 62 post-doctoral fellows in his lab; today, many of them have distinguished academic careers.
Among the awards: the 2008 William Harvey Outstanding Scientist Medal and AAAS Fellow in 2011. In 2010, he received the Society for Leukocyte Biology Bonazinga Award, The American College of Rheumatology Hench (Nobel Laurate) Award Lecture in 2011 presented by the Mayo Clinic Hench Society. In 2016, he received the Ross Prize in Molecular Medicine . In 2017, he was awarded the International Eicosanoid Research Foundation’s 2017 Lifetime Achievement Award , the American Society of Investigative Pathology 2018 Rous Whipple Award and the 2018 Gaddum International Prize and Award Lecture from the British Pharmacology Society. In 2019, he was received the Honorary Life Award Society of Leukocyte Biology.