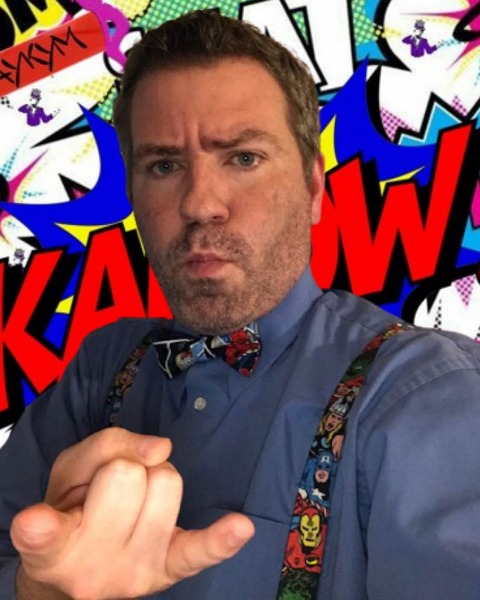 Tim Jones has served in school libraries since 2005 (elementary through high, public and private) and has served as librarian at Trinity High School in Louisville, Kentucky, since 2013. At the 2019 AASL Conference, he became a national presenter on media literacy and graphic novels. He is President of Jefferson County Association of School Librarians (JCASL) and is active with the Kentucky Bluegrass Awards 9-12 Reading Committee, the Kentucky Association of School Librarians (KASL) Intellectual Freedom Committee, the KASL Inform Task Force, and the KASL Awards Committee. In summer of 2020, Tim contributed to the official KASL and JCASL statements affirming the commitment of school librarians to Black Lives Matter, anti-racism, and social justice. Tim also coaches the Future Problem Solving team for Trinity High School and is an alumnus of Second City Chicago's Comedy Writing Program. Tim has an enduring passion for fostering empathy, improving media literacy, and modeling life-long learning. During his down time, Tim likes to write, read, and spend time with his family.

Lindsy Serrano serves as the Librarian and Director of Diversity, Equity and Inclusion at St. Francis School - Goshen Campus in Louisville, KY. She is President-Elect of JCASL and serves as the KASL Non-Public Chair. Before moving to Louisville, Lindsy worked at the New York Public Library as a senior librarian specializing in youth services. Lindsy's love for libraries began at ten years old, in a school library in her hometown of Buffalo, New York. Ever since then, she has had a dream of working in a school and sharing great books with children and their families.