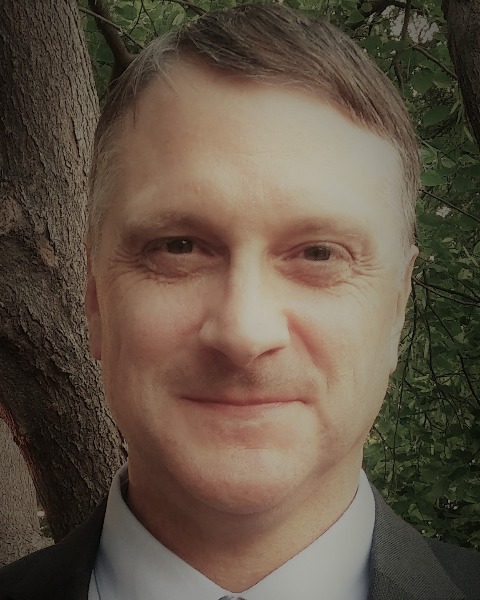 Ben Sunds is Associate Director for Customer Experience at the Johnson County Library in Kansas. Ben grew up in Casey, Iowa and enlisted in the Iowa Army National Guard in 1986 as a Light Infantryman, eventually becoming a Non-Commissioned Officer (Sergeant). He graduated from Northwest Missouri State University with a Bachelor of Science degree and received his commission as an Infantry Officer in the US Army through ROTC.

Following his Infantry assignments, Sunds briefly served as a Quartermaster officer before being selected for Civil Affairs training in Special Operations. His training included post graduate studies in International Relations receiving the geographical orientation identifier for Europe as well as learning French and German.

He attended the US Army Command and General Staff Officers Course in 2005-06 completing a master’s degree in Military Art and Science. Ben had multiple deployments to Iraq and Afghanistan and participated in seven named operations working across 26 countries during his 32 year of service. He commanded at the platoon, company, detachment, and battalion levels. The last duty position held before retiring as a Lieutenant Colonel in 2018 was as the Deputy Director of the Special Operations Forces Leadership, Development, and Education Department at the US Army Command and General Staff College in Ft. Leavenworth, KS.

Sunds’ military awards and decorations include the Legion of Merit, multiple Bronze Star Medals, and various service, commendation, and achievement medals. He remains a life member of the Association of the US Army, the American Legion, and the Veterans of Foreign War and is a member of several other veteran, non-profit, and library organizations.