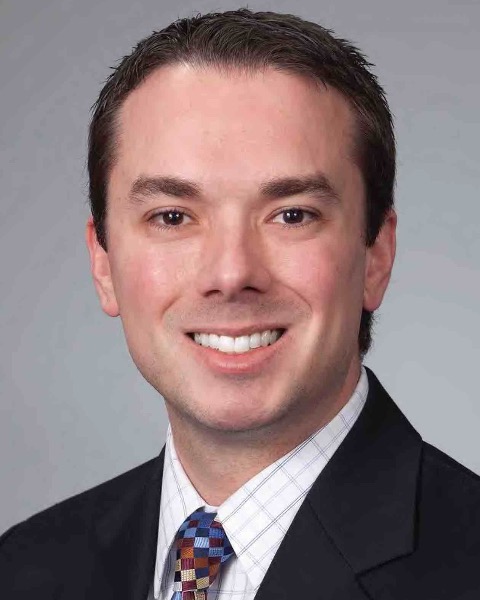 James ("Jim") E. Eubanks, MD, DC, MS is the Academic Chief Resident and PGY4 at the University of Pittsburgh Medical Center (UPMC) Department of Physical Medicine and Rehabilitation. He earned his MD at Brody School of Medicine at East Carolina University with Distinction in Research.

Originally from Charlotte, NC, Jim earned a bachelor of arts (BA) in philosophy with honors from Furman University in Greenville, SC. In 2005, Jim attended Logan University in St. Louis, MO, where he earned a master of science (MS) in sports science and rehabilitation, and a doctor of chiropractic (DC). Jim moved back to Charlotte in 2010 and completed a first-of-its-kind clinical fellowship in primary spine care at OrthoCarolina Spine Center from 2011-2013 under the direction of the late Craig D. Brigham MD. He joined the OrthoCarolina Research Institute (OCRI) as a musculoskeletal medicine consultant and clinical policy developer for a partnership with eviCore Healthcare from 2012-2014.

In 2015, he completed an eight-week medical externship through Northwestern Feinberg School of Medicine’s department of PM&R at Shirley Ryan AbilityLab. Jim was awarded the 1st place 2016 Sarah Baskin Award for Excellence in Research, and in 2018, he won the Medical Student Research Award at Brody School of Medicine.

Dr. Eubanks serves on the United States Bone and Joint Initiative (USBJI) low back pain task force committee and spine subcommittee musculoskeletal education (MSK-Ed) coalition, which seeks to improve MSK education in US medical schools. He is in the Association of Academic Physiatrists (AAP) Rehabilitation Medicine Scientist Training Program (RMSTP) where he is studying the use of prehabilitation in spine surgery.