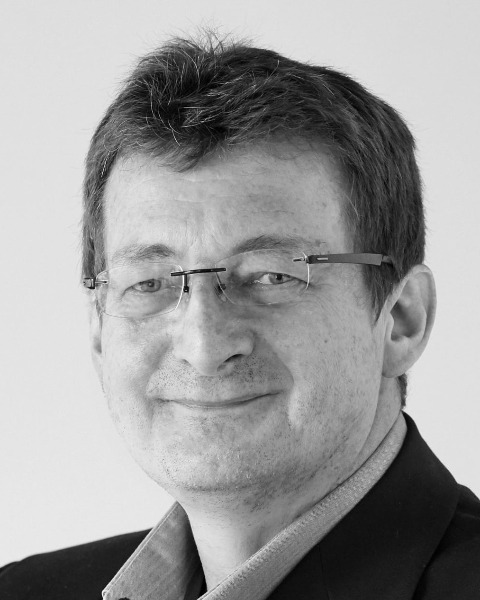 Born in 1961, Geneva, Switzerland, Dr Vuagnat is married to Anne-Marie, happy father of three young adults and grandfather of two lovely girls.
He studied in Geneva, graduated in 1989 and discovered rehabilitation in which he was certified in 1996, Swiss and European Boards of PMNR.
In 1997, he was honored by the prize of the European academy of physical medicine and rehabilitation (thesis work “early bone biochemical markers changes in spinal cord injury”.
From 1998 to 2006, he headed the rehabilitation team in a sub-acute, middle and long stay, 300 beds, rehab setting in the University Hospitals of Geneva (HUG).
In 2007, he was appointed as head of division.
From 1995, he collaborated at the HUG woundcare policy, founded the Swiss woundcare association that he presided for 10 years. He is also active in the board of the European Wound Management Association.
Since 2006, he is deeply involved in teaching both simple modern woundcare methods and linked rehabilitation in low resourced countries, while being active on the board of the World Alliance for Wound and Lymphedema Care.
2014-2020, he was head physician of the HUG Transverse Center for Wounds and Woundhealing and is now part of the wouncare program.
Member of ACRM since the early 90ies, he participatde to the International Networking group from its beginning.
Thanks to those teachers he could work with in rehab, he discovered, learned and used the concepts of inter and trans disciplinarity and professionality.
In 2015 he proudly received the ACRM Edward Lowman award and in 2018 became an ACRM Fellow, both in Dallas.
His other fields of expertise are in sexuality and disability, continence care.
He is deeply committed to a holistic approach of the patient.