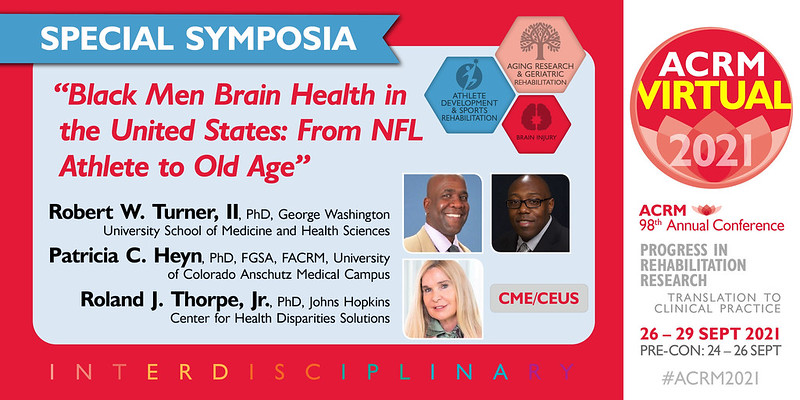 This symposium will present novel research highlighting the health of men of color in the United States. It will focus on stress/stressors and how it impacts health and well-being of middle to older age men. Research informed us that brain aging can happen earlier, faster, and more often in some groups and later, slower, and less often in others. Male brains, for example, are more likely to age faster than women’s brains, and black men’s brains age faster as compared to other groups.