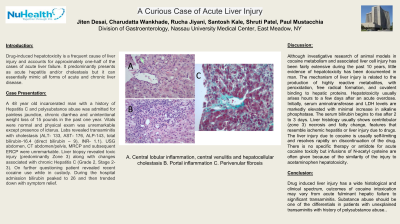 Introduction: Drug-induced hepatotoxicity is a frequent cause of liver injury and accounts for approximately one-half of the cases of acute liver failure. It predominantly presents as acute hepatitis and/or cholestasis but it can essentially mimic all forms of acute and chronic liver disease.

Case Description/Methods: A 48 year old incarcerated man with a history of Hepatitis C and polysubstance abuse was admitted for painless jaundice, chronic diarrhea and unintentional weight loss of 15 pounds in the past one year. Vitals were normal and physical exam was unremarkable except presence of icterus. Labs revealed transaminitis with cholestasis (ALT- 133, AST- 176, ALP-143, total bilirubin-16.4 (direct bilirubin – 9), INR- 1.1). USG abdomen, CT abdomen/pelvis, MRCP and subsequent ERCP were unremarkable. Liver biopsy revealed toxic injury (predominantly Zone 3) along with changes associated with chronic Hepatitis C (Grade 2, Stage 2-3). On further questioning patient revealed recent cocaine use while in custody. During the hospital admission bilirubin peaked to 26 and then trended down with symptom relief.

Discussion: Although investigative research of animal models in cocaine metabolism and associated liver cell injury has been fairly extensive during the past 10 years, little evidence of hepatotoxicity has been documented in man. The mechanism of liver injury is related to the production of highly reactive metabolites, with peroxidation, free radical formation, and covalent binding to hepatic proteins. Hepatotoxicity usually arises hours to a few days after an acute overdose. Initially, serum aminotransferase and LDH levels are markedly elevated with minimal increase in alkaline phosphatase. The serum bilirubin begins to rise after 2 to 3 days. Liver histology usually shows centrilobular (zone 3) necrosis and fatty change, features that resemble ischemic hepatitis or liver injury due to drugs. The liver injury due to cocaine is usually self-limiting and resolves rapidly on discontinuation of the drug. There is no specific therapy or antidote for acute cocaine toxicity but infusions of N-acetyl cysteine are often given because of the similarity of the injury to acetaminophen hepatotoxicity.

Conclusion:
Drug induced liver injury has a wide histological and clinical spectrum, outcomes of cocaine intoxication may vary from acute fulminant hepatic failure to significant transaminitis. Substance abuse should be one of the differentials in patients with unexplained transaminitis with history of polysubstance abuse. 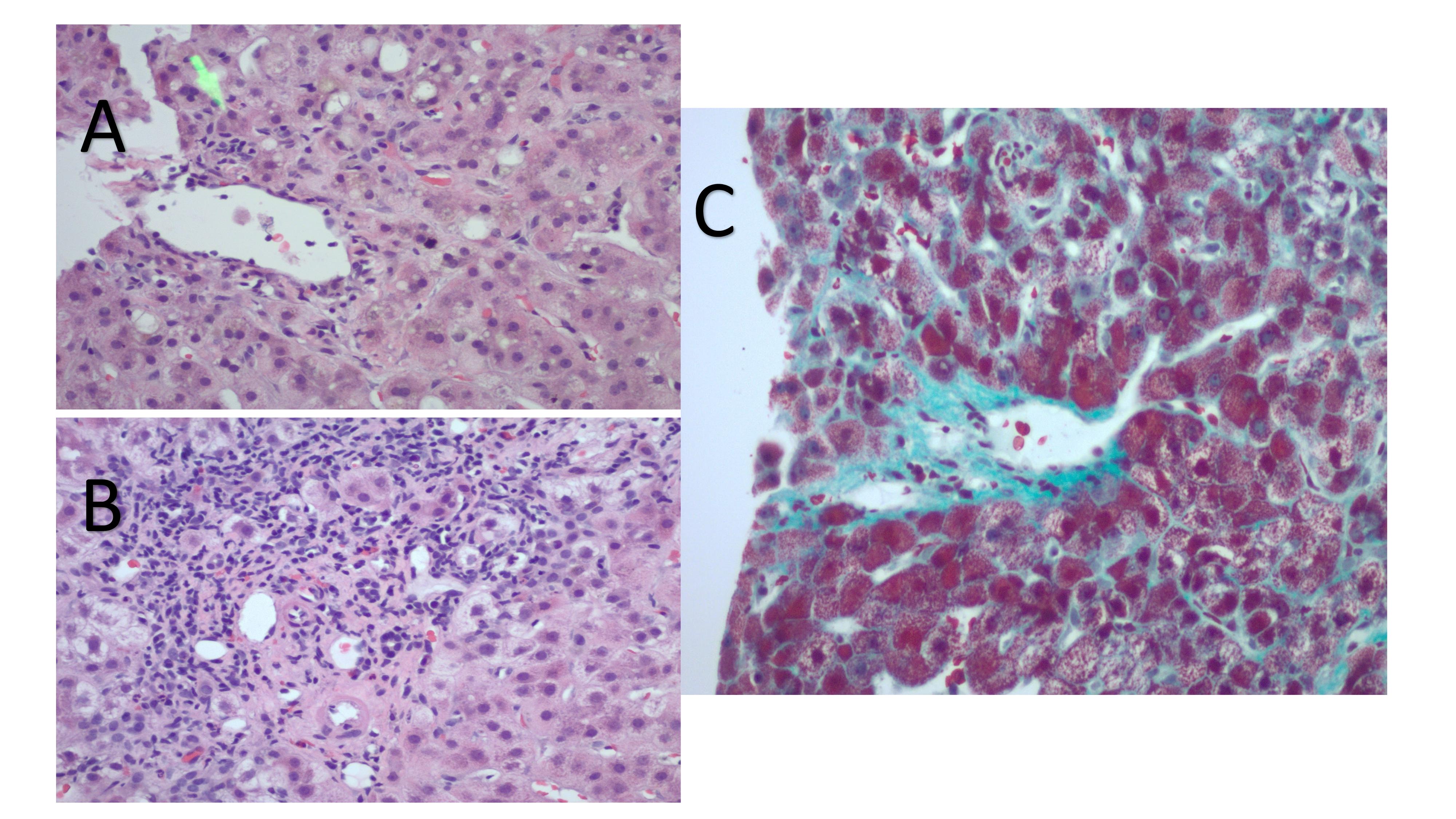