P1482 - An Unusual Rectal Foreign Body: It's No Laughing Matter 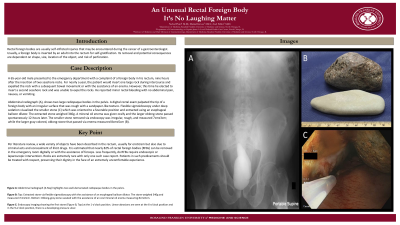 Introduction: Rectal foreign bodies are usually self-inflicted injuries that may be encountered during the career of a gastroenterologist. Usually, a foreign body is inserted by an adult into the rectum for self-gratification. Its removal and potential consequences are dependent on shape, size, location of the object, and risk of perforation.

Case Description/Methods: A 65-year-old male presented to the emergency department with a complaint of a foreign body in his rectum, nine hours after the insertion of two seashore rocks. For nearly a year, the patient would insert one large rock during intercourse and expelled the rock with a subsequent bowel movement or with the assistance of an enema. However, this time he elected to insert a second seashore rock and was unable to expel the rocks. He reported minor rectal bleeding with no abdominal pain, nausea, or vomiting.

Abdominal radiograph (A), shows two large radiopaque bodies in the pelvis. A digital rectal exam palpated the tip of a foreign body with an irregular surface that was rough with a sandpaper-like texture. Flexible sigmoidoscopy under deep sedation visualized the smaller stone (C) which was oriented to a favorable position and extracted using an esophageal balloon dilator. The extracted stone weighed 340g. A mineral oil enema was given orally and the larger oblong-stone passed spontaneously 12-hours later. The smaller stone removed via endoscopy was irregular, rough, and measured 7cmx3cm; while the larger gray-colored, oblong-stone that passed via enema measured 8cmx5cm (B).

Discussion: Per literature review, a wide variety of objects have been described in the rectum, usually for eroticism but also due to criminal acts and concealment of illicit drugs. It is estimated that nearly 82% of rectal foreign bodies (RFBs) can be removed in the emergency room digitally or with the assistance of forceps. Less frequently, do RFBs require endoscopic or laparoscopic intervention. Rocks are extremely rare with only one such case report. Patients in such predicaments should be treated with respect, preserving their dignity in the face of an extremely uncomfortable experience. 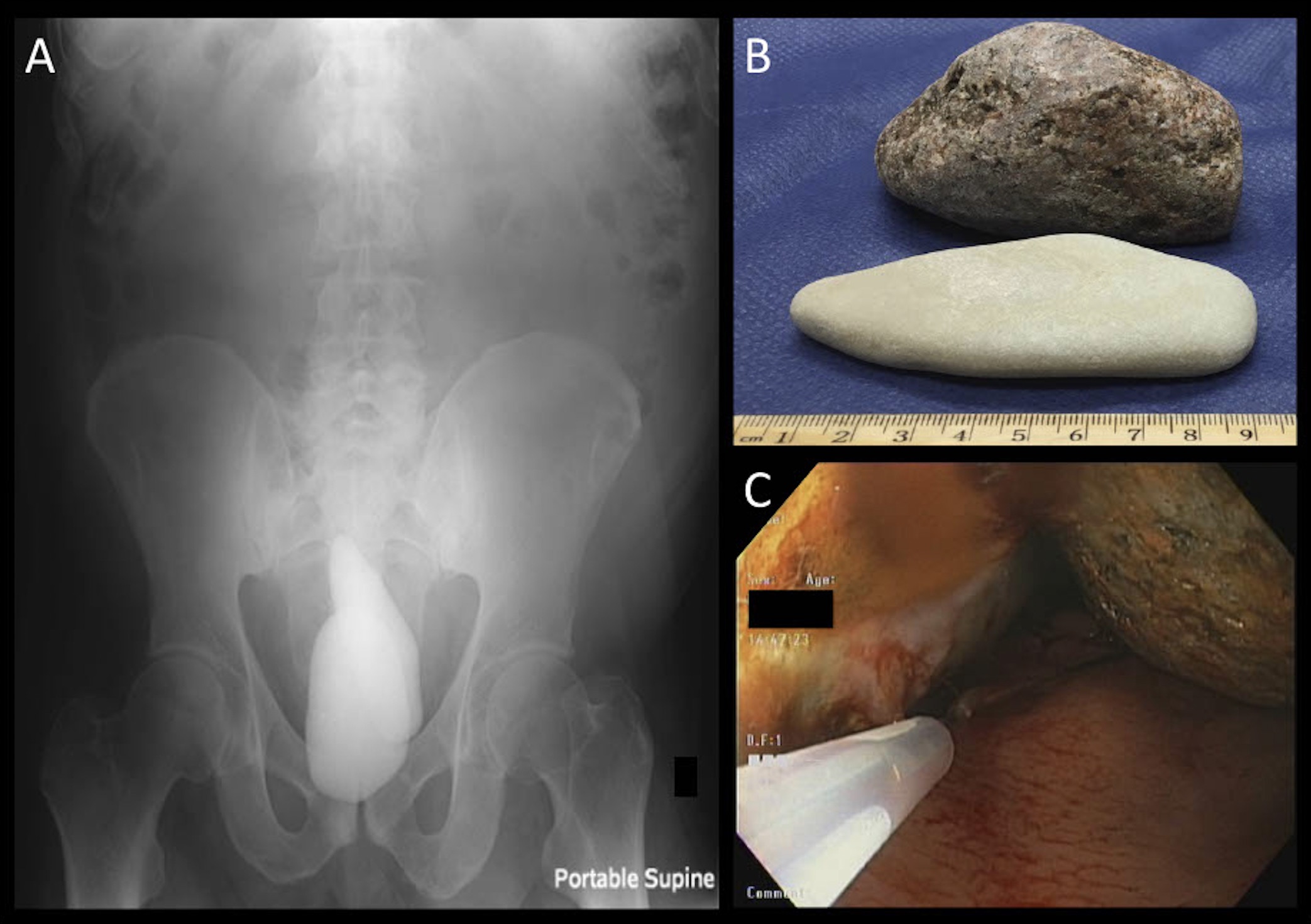