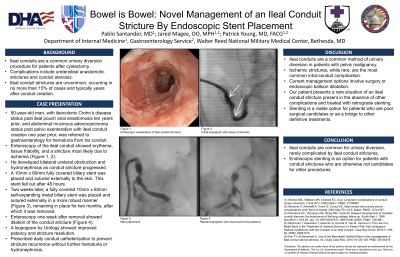 Over the next month, he developed bilateral ureteral obstruction and hydronephrosis from progression of his ileal conduit stricture. To relieve the obstruction, a 10mm x 60mm fully covered biliary stent was placed and sutured externally to the skin. The stent remained for 48 hours before dislodging. Two weeks later, a fully covered 10mm x 60mm self-expanding metal biliary stent was placed and sutured externally in a more robust manner (1C). The stent remained in place for two months before dislodging. Enteroscopy one week later showed dilation of the conduit stricture (1D). A loopogram by Urology showed improved patency and stricture resolution. He was prescribed daily conduit catheterization to prevent stricture recurrence and has not had additional hematuria or hydronephrosis.

Discussion: Ileal conduits are a common method of urinary diversion in patients with pelvic malignancy. Ischemic strictures, while rare, are the most common intra-conduit complication3. Current management options involve surgery or endoscopic balloon dilatation. Retrograde stenting has not been well explored. Stenting has been described in managing stomal stenosis and ureteroileal anastomosis strictures4,5. Our patient presents a rare situation of an ileal conduit stricture present in the absence of other complications and treated with retrograde stenting. This is a viable option for patients who are poor surgical candidates or as a bridge to definitive treatments. 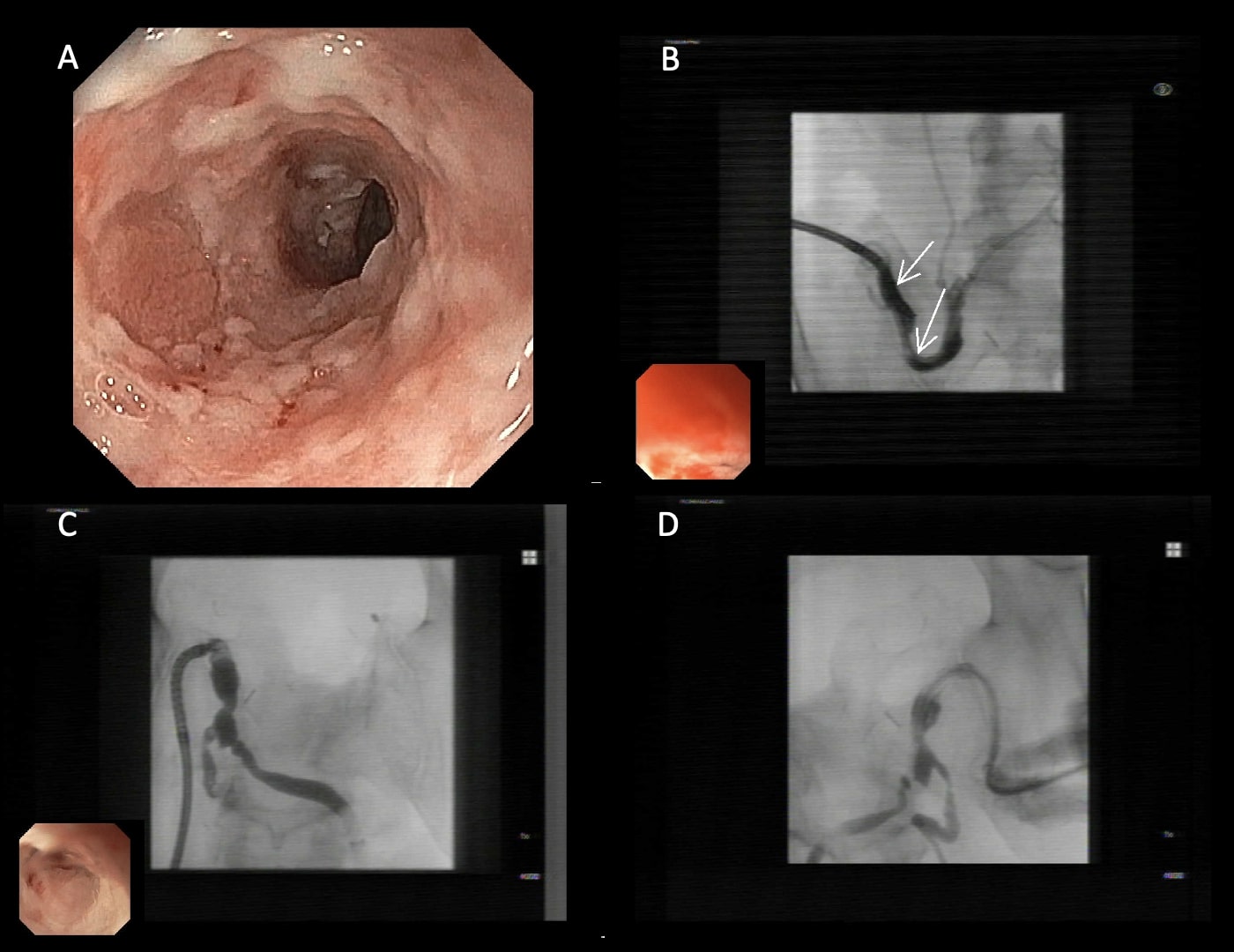