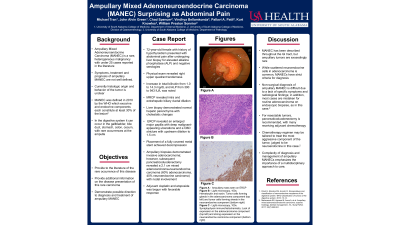 Discussion: MANEC has been described throughout the GI tract, but ampullary cases are exceedingly rare. While scattered neuroendocrine cells in adenocarcinoma is common, MANECs are defined as neoplasms in which neuroendocrine components make up at least 30% of the tumor.1 Non-surgical diagnosis of ampullary MANEC is difficult due to a lack of specific symptoms and radiological findings; in addition, most cases are mistaken for routine adenocarcinoma on endoscopic biopsies, as in this case.2 For resectable tumors, pancreaticoduodenectomy is recommended, with many receiving adjuvant chemotherapy. Chemotherapy regimen may be tailored to treat the most aggressive component of the tumor, judged to be neuroendocrine in our case.2 The complexity of diagnosis and management of ampullary MANECs emphasizes the importance of a multidisciplinary approach to care. 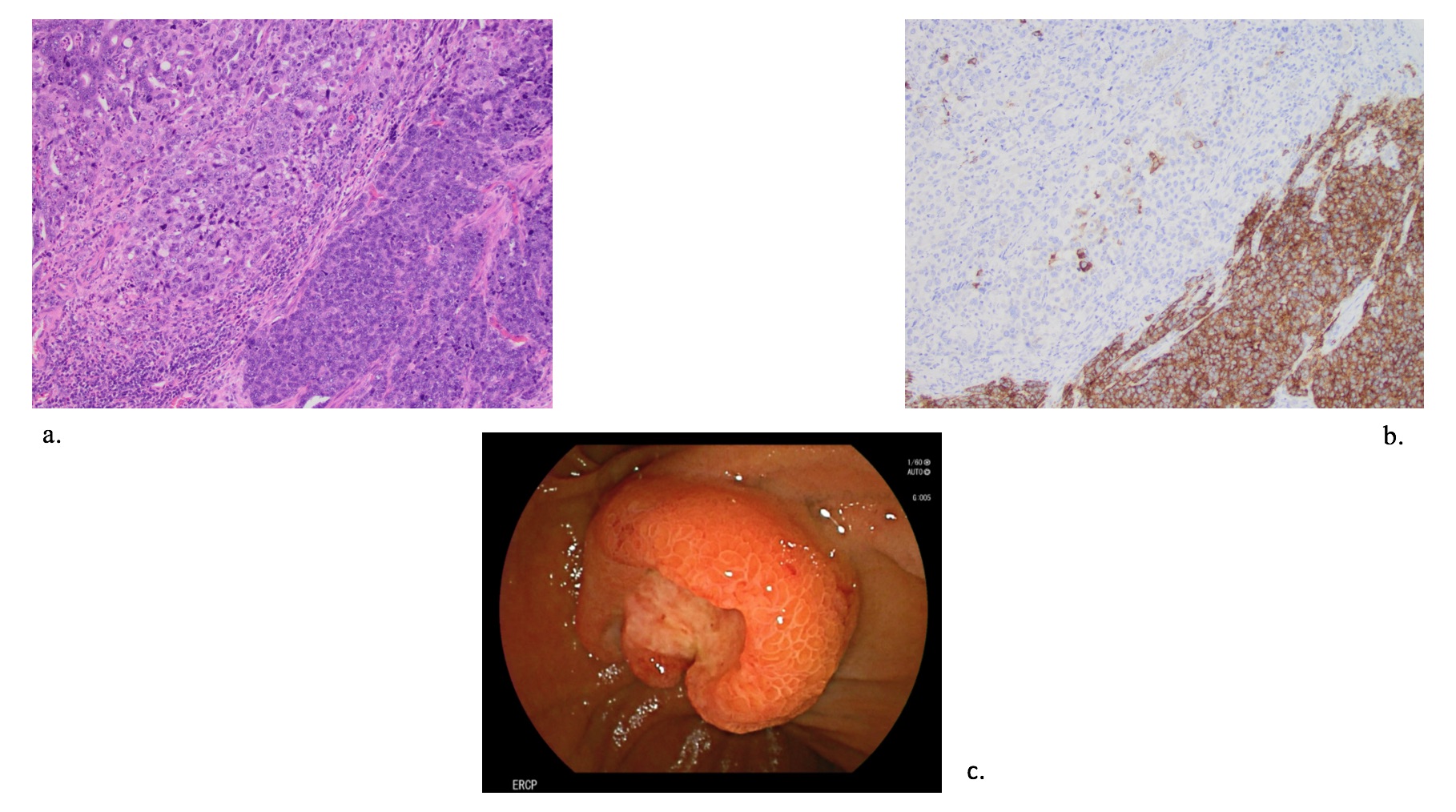