P2157 - Biliary Pinch Biopsies in the Diagnosis of IgG4 Cholangiopathy 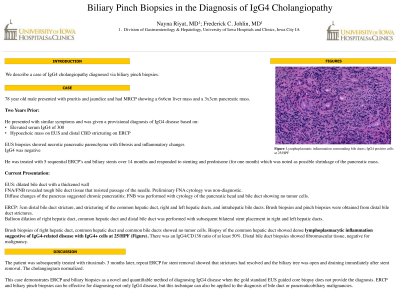 Introduction: We describe a case of IgG4 cholangiopathy diagnosed via biliary pinch biopsies.

Case Description/Methods: 78 year old male presented with pruritis and jaundice and had MRCP showing a 6x6cm liver mass and a 3x3cm pancreatic mass.

Two years prior he presented with similar symptoms and was given a provisional diagnosis of IgG4 disease based on an elevated serum IgG4 of 300, hypoechoic mass on EUS and distal CBD structuring on ERCP. EUS biopsies showed necrotic pancreatic parenchyma with fibrosis and inflammatory changes, IgG4 was negative. He was treated with 5 sequential ERCP’s and biliary stents over 14 months and responded to stenting and prednisone (for one month) which was noted as possible shrinkage of the pancreatic mass.

During his current presentation, EUS showed a dilated bile duct with a thickened wall and FNA/FNB revealed tough bile duct tissue that resisted passage of the needle. Preliminary FNA cytology was non-diagnostic. Diffuse changes of the pancreas suggested chronic pancreatitis; FNB was performed with cytology of the pancreatic head and bile duct showing no tumor cells.

Discussion: The patient was subsequently treated with rituximab. 3 months later, repeat ERCP for stent removal showed that strictures had resolved and the biliary tree was open and draining immediately after stent removal. The cholangiogram normalized.

This case demonstrates ERCP and biliary biopsies as a novel and quantifiable method of diagnosing IgG4 disease when the gold standard EUS guided core biopsy does not provide the diagnosis. ERCP and biliary pinch biopsies can be effective for diagnosing not only IgG4 disease, but this technique can also be applied to the diagnosis of bile duct or pancreaticobiliary malignancies. 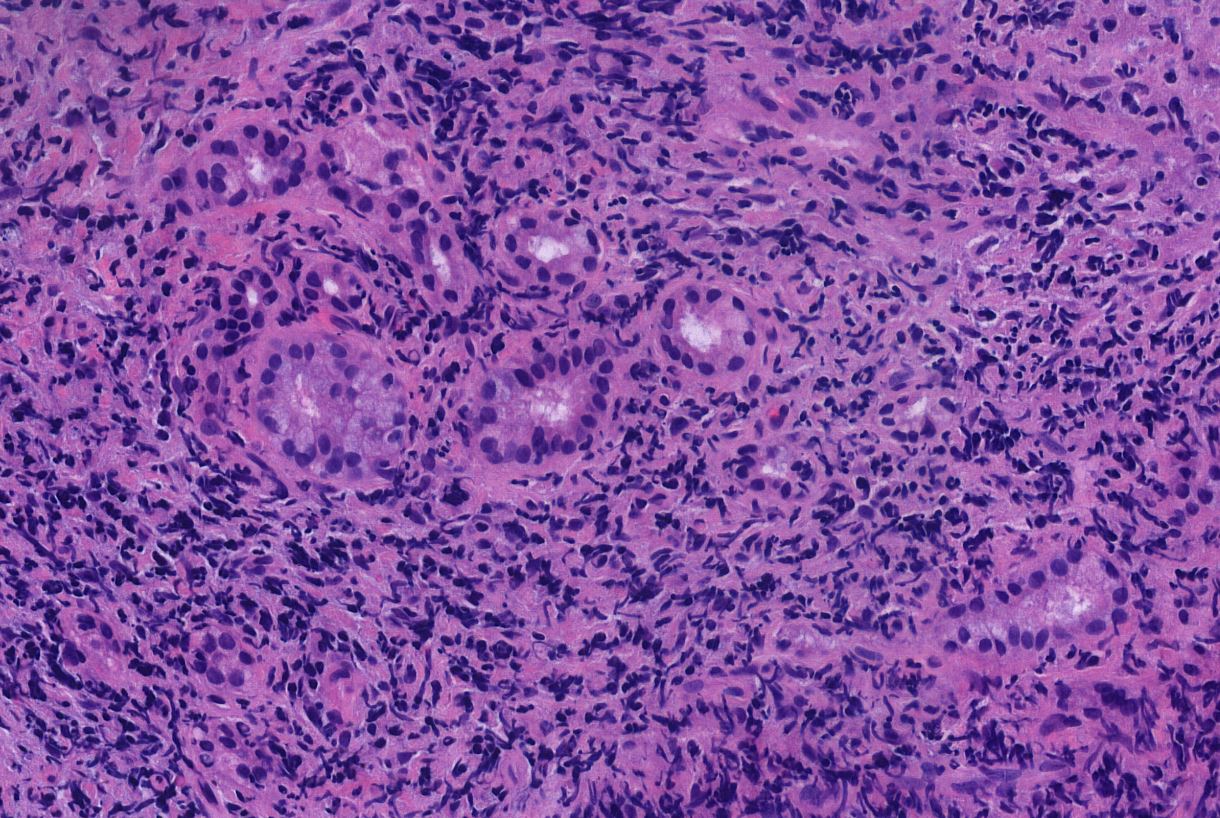