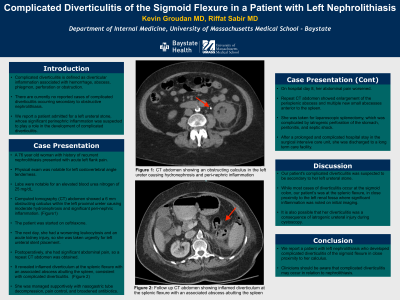 The next day, she had a worsening leukocytosis and an acute kidney injury, so she was taken urgently for left ureteral stent placement. Postoperatively, she had significant abdominal pain, so a repeat CT abdomen was obtained. It revealed inflamed diverticulum at the splenic flexure with an associated abscess abutting the spleen, consistent with complicated diverticulitis. She was managed supportively with nasogastric tube decompression, pain control, and broadened antibiotics.

On hospital day 8, her abdominal pain worsened. Repeat CT abdomen showed enlargement of the perisplenic abscess and multiple new small abscesses anterior to the spleen. The patient was taken for laparoscopic splenectomy, which was complicated by iatrogenic perforation of the stomach, peritonitis, and septic shock. After a prolonged and complicated hospital stay in the surgical intensive care unit, the patient was discharged to a long term care facility. 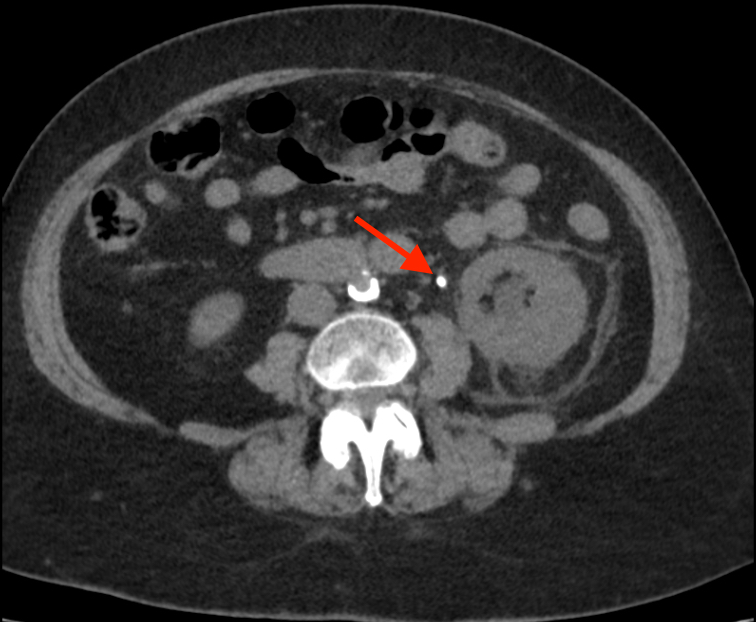