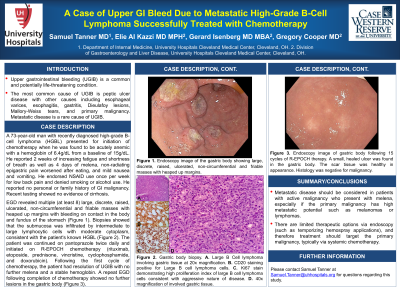 Introduction: Upper gastrointestinal bleeding (UGIB) is a common and potentially life-threatening condition. The most common cause of UGIB is peptic ulcer disease with other causes including esophageal varices, esophagitis, gastritis, Dieulafoy lesions, Mallory-Weiss tears, and primary malignancy. Metastatic disease is an exceedingly rare cause of UGIB.

Case Description/Methods: A 73-year-old man with recently diagnosed high-grade B-cell lymphoma (HGBL) presented for initiation of chemotherapy when he was found to be acutely anemic with a hemoglobin of 6.4 g/dL from a baseline of 15 g/dL. He reported 2 weeks of increasing fatigue and shortness of breath as well as four days of melena, non-radiating epigastric pain worsened after eating, and mild nausea and vomiting. He endorsed NSAID use once per week for low back pain and denied smoking or alcohol use. He reported no personal or family history of GI malignancy. Recent testing showed no evidence of cirrhosis.

EGD revealed multiple (at least 8) large, discrete, raised, ulcerated, non-circumferential and friable masses with heaped up margins with bleeding on contact in the body and fundus of the stomach (Figure 1). Biopsies showed that the submucosa was infiltrated by intermediate to large lymphocytic cells with moderate cytoplasm, consistent with the patient's known HGBL. The patient was continued on pantoprazole twice daily and initiated on R-EPOCH chemotherapy (rituximab, etoposide, prednisone, vincristine, cyclophosphamide, and doxorubicin). Following the first cycle of chemotherapy, the patient had resolution of UGIB with no further melena and a stable hemoglobin.

Discussion: The prevalence of gastric metastases is unknown, with only case reports and small case series reported. Clinical presentation is variable but can include nausea, vomiting, abdominal pain, and/or melena. Reports suggest that patients with primary malignancies with high metastatic potential may develop early gastric metastases. In this case, the patient had HGBL, an aggressive form of lymphoma associated with high-risk clinical features on presentation and a poor prognosis.

Metastatic disease should be considered in patients with active malignancy who present with melena, especially if the primary malignancy has high metastatic potential such as melanomas or lymphomas. There are limited therapeutic options via endoscopy (such as temporizing hemospray applications), and therefore treatment should target the primary malignancy, typically via systemic chemotherapy. 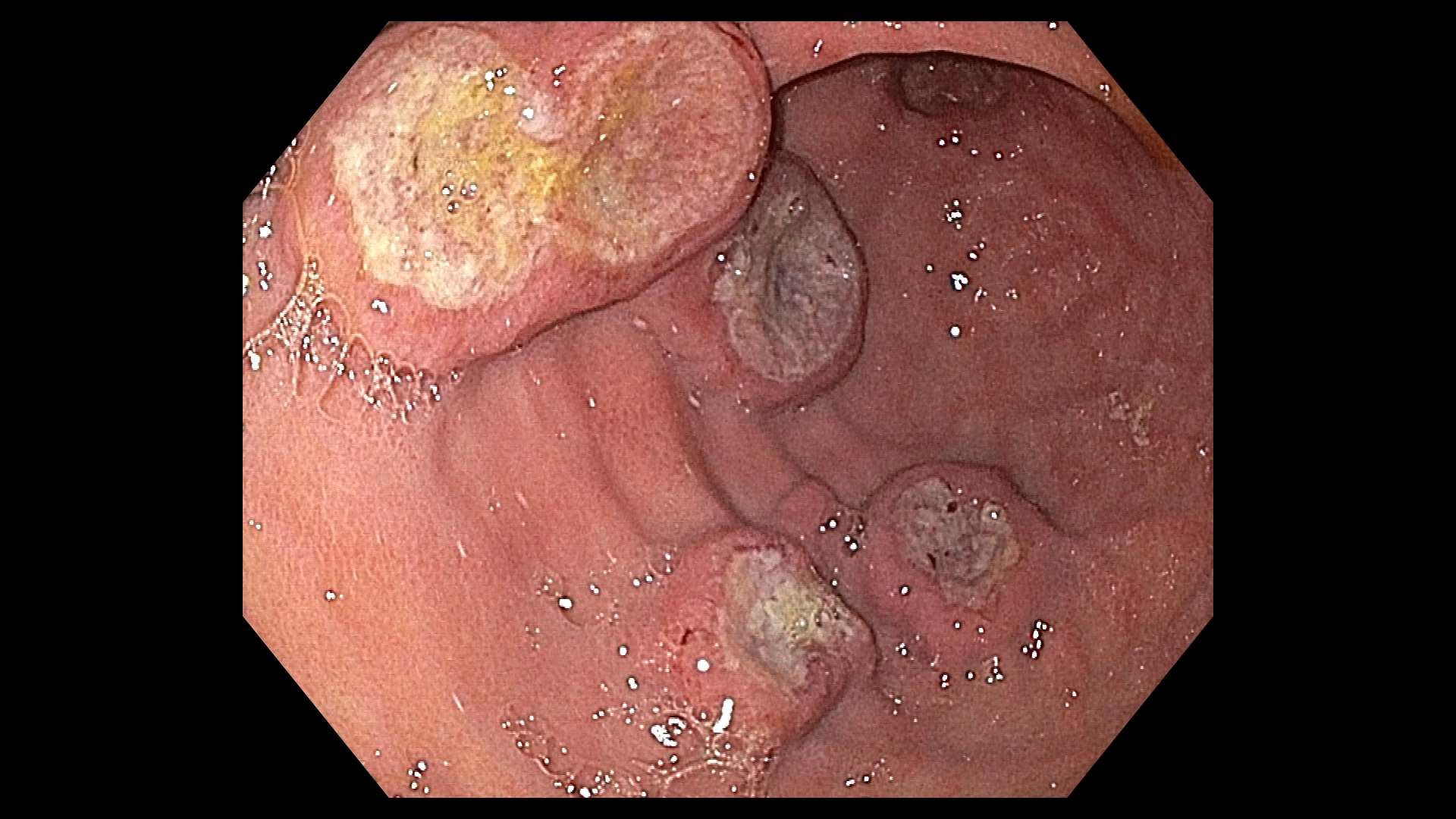