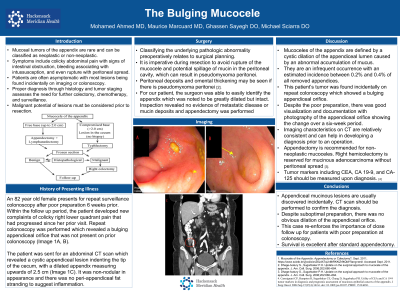 Introduction: Mucosal tumors of the appendix are rare and can be classified as neoplastic or non-neoplastic. Symptoms include colicky abdominal pain with signs of intestinal obstruction, GI bleed associated with intussusception, and even rupture with peritoneal spread. Patients, however, are often asymptomatic and lesions are usually found incidentally on imaging or colonoscopy. Appendectomy is the definitive treatment, but malignant potential of lesions must be considered prior to resection. Proper diagnosis through histology and tumor staging assesses the need for further colectomy, chemotherapy, and surveillance. Herein, we discuss a patient who was found to have an appendiceal mucocele on colonoscopy.

Case Description/Methods: We present a case of an 82 year old female who presented for repeat surveillance colonoscopy after poor preparation 6 weeks prior. Within the follow up period, the patient developed new complaints of colicky right lower quadrant pain that had progressed since her prior visit. Colonoscopy repeated due to poor preparation and the patient was noted to have a bulging appendiceal orifice that was not present on prior colonoscopy (Image 1A,B). The patient was sent for an abdominal CT scan which revealed a cystic appendiceal lesion indenting the tip of the cecum, with the dilated appendix measuring upwards of 2.5 cm (Image 1C). It was non-nodular in appearance and there was no peri appendiceal fat stranding to suggest inflammation. The findings were consistent with a mucocele of the appendix however mucinous cystadenoma and cystadenocarcinoma were also differentials. Surgical consultation was made with eventual laparoscopic extended appendectomy. Pathology revealed low grade mucinous neoplasm. The postoperative course was unremarkable, and the patient did well.

Discussion: Mucoceles of the appendix are defined as a cystic dilation of the appendiceal lumen caused by an abnormal accumulation of mucus. They are an infrequent occurrence with an incidence estimated to be between 0.2% and 0.4% of all removed appendices. In this patient, this incidental finding during the repeat colonoscopy appeared as a bulging appendiceal orifice which was not seen during the previous colonoscopy. Despite the poor prep, we had good visualization and documentation with photography of the appendiceal orifice showing the change over a six-week period. This case re-enforces the importance of close follow up for patients with poor preparation at colonoscopy. 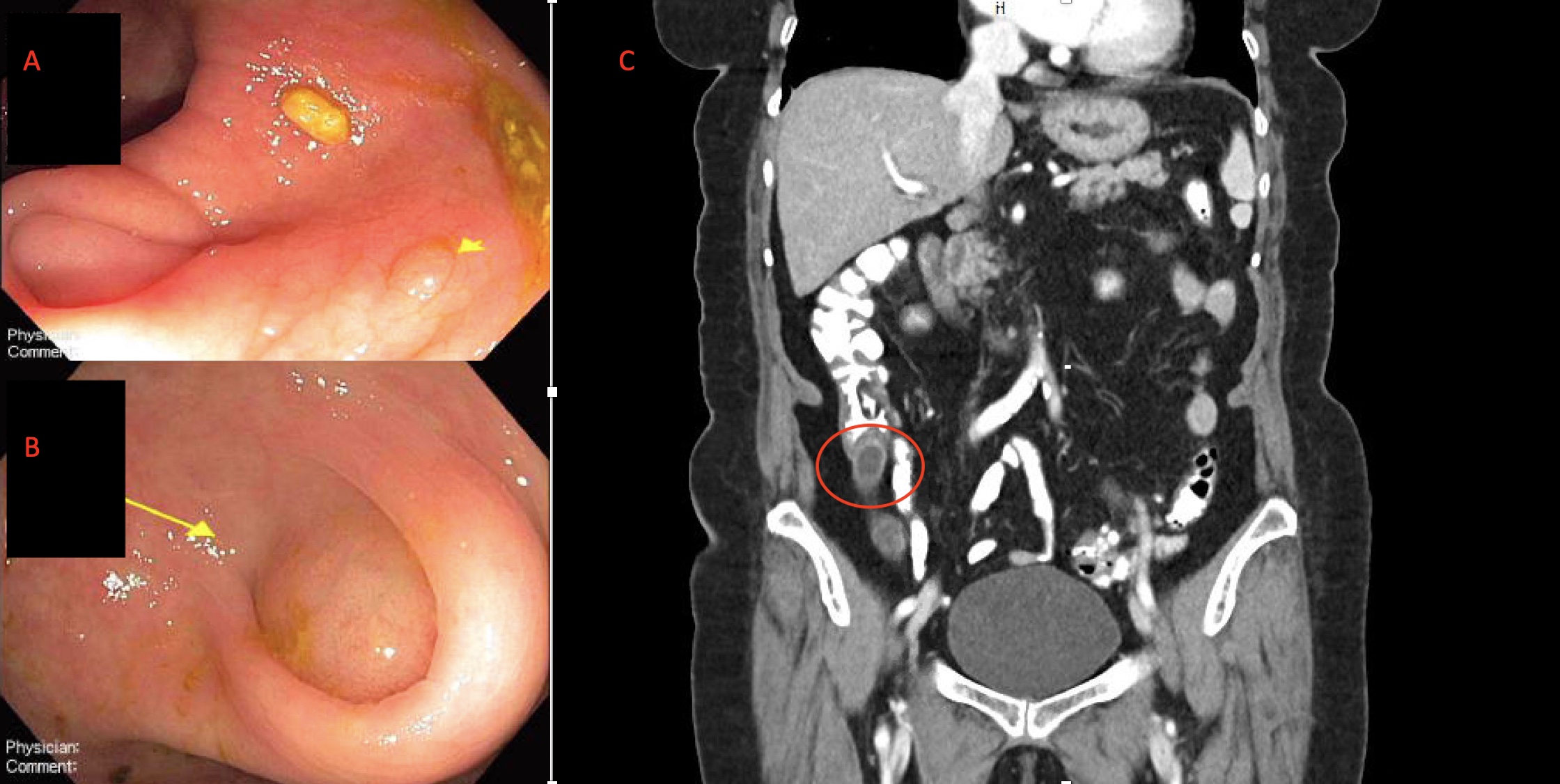