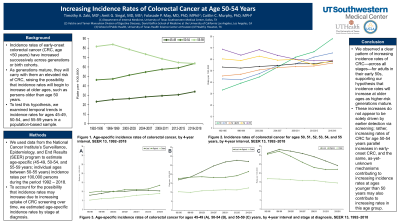 Introduction: Incidence rates of early-onset colorectal cancer (CRC, age < 50 years) have increased successively across generations or birth cohorts. As generations mature, they will carry with them an elevated risk of CRC, raising the possibility that incidence rates will begin to increase at older ages, such as persons older than age 50 years. To test this hypothesis, we examined temporal trends in incidence rates for ages 45-49, 50-54, and 55-59 years in a population-based sample.

Methods: We used National Cancer Institute’s Surveillance, Epidemiology, and End Results (SEER) program data to estimate age-adjusted and age-specific (45-49, 50-54, and 55-59 years) incidence rates per 100,000 persons during the period 1992–2018 in approximate 4-year intervals. To account for the possibility that incidence rates may increase due to increasing uptake of CRC screening, we estimated age-specific incidence rates by stage at diagnosis, as well as prevalence of CRC screening using data from the Behavioral Risk Factor Surveillance System.

Discussion: We observed a clear pattern of increasing incidence rates of CRC—across all stages—for adults in their early 50s, supporting our hypothesis that incidence rates will increase at older ages as higher-risk generations mature. These increases have not been previously well-described and do not appear to be solely driven by earlier detection via screening. Rather, increasing rates of CRC for age 50-54 years parallel increases in early-onset CRC, and the same, as-yet-unknown mechanisms contributing to increasing incidence rates at ages younger than 50 years may also contribute to increasing rates in this age group. 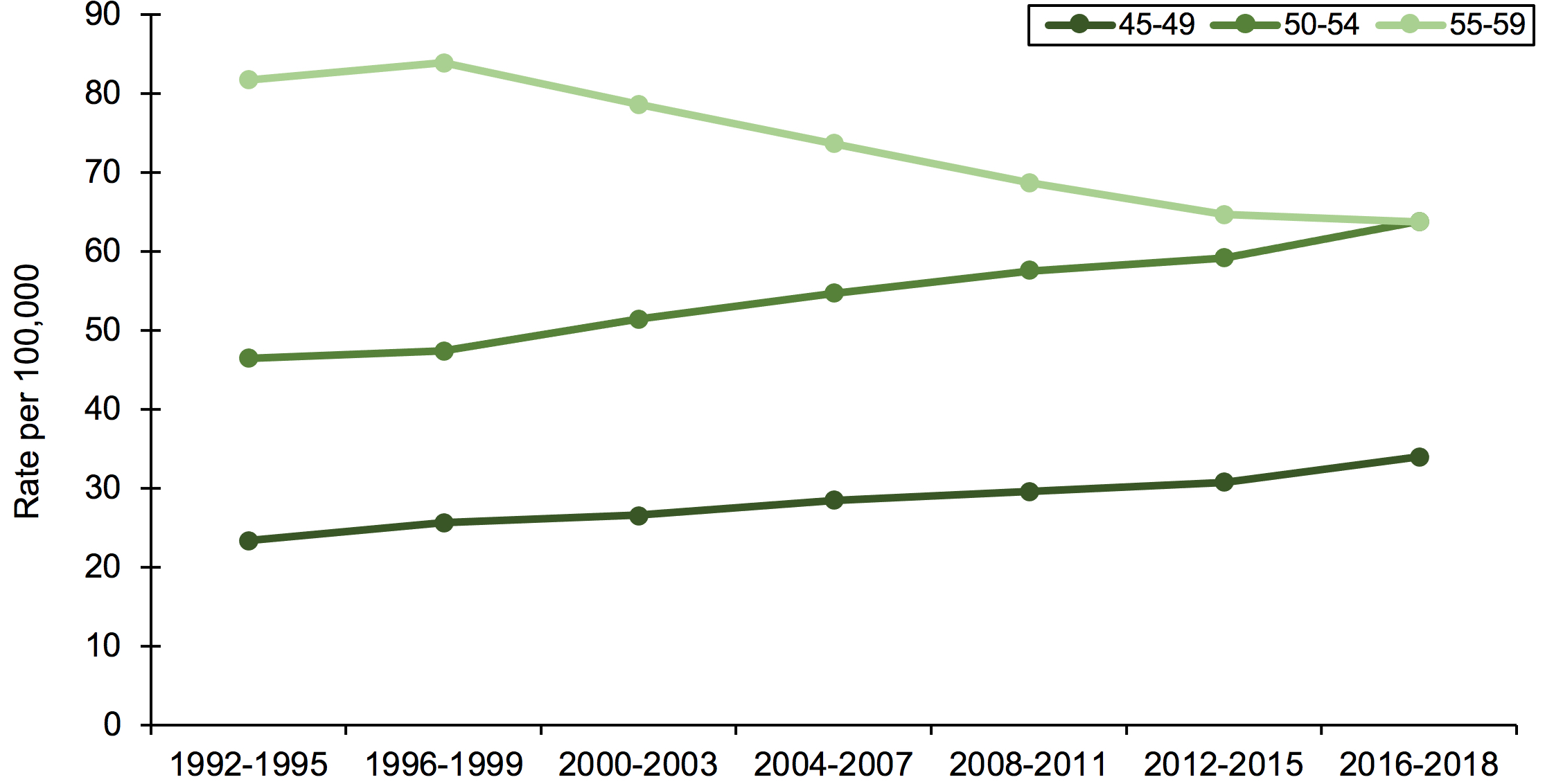