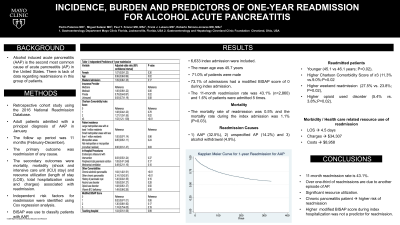 Methods: Retrospective cohort study using the 2016 National Readmission Database. Adult patients admitted with a principal diagnosis of AAP in January were included. The follow up period was 11 months (February-December). The primary outcome was readmission of any cause. The secondary outcomes were mortality, morbidity (shock and intensive care unit stay) and resource utilization (length of stay (LOS), total hospitalization costs and charges) associated with readmission. Independent risk factors for readmission were identified using Cox regression analysis. A modified Bedside Severity Index Score for Acute Pancreatitis (BISAP) was use to classify patients with AAP.

Discussion: Among patients admitted with AAP, the 11-month readmission rate is 43.1%. Over one-third of readmissions are due to another episode of AP. Readmission is associated with significant resource utilization. Patients with underlying CP seem to have increased risk of readmission. a higher modified BISAP score during index hospitalization was not a predictor for readmission. 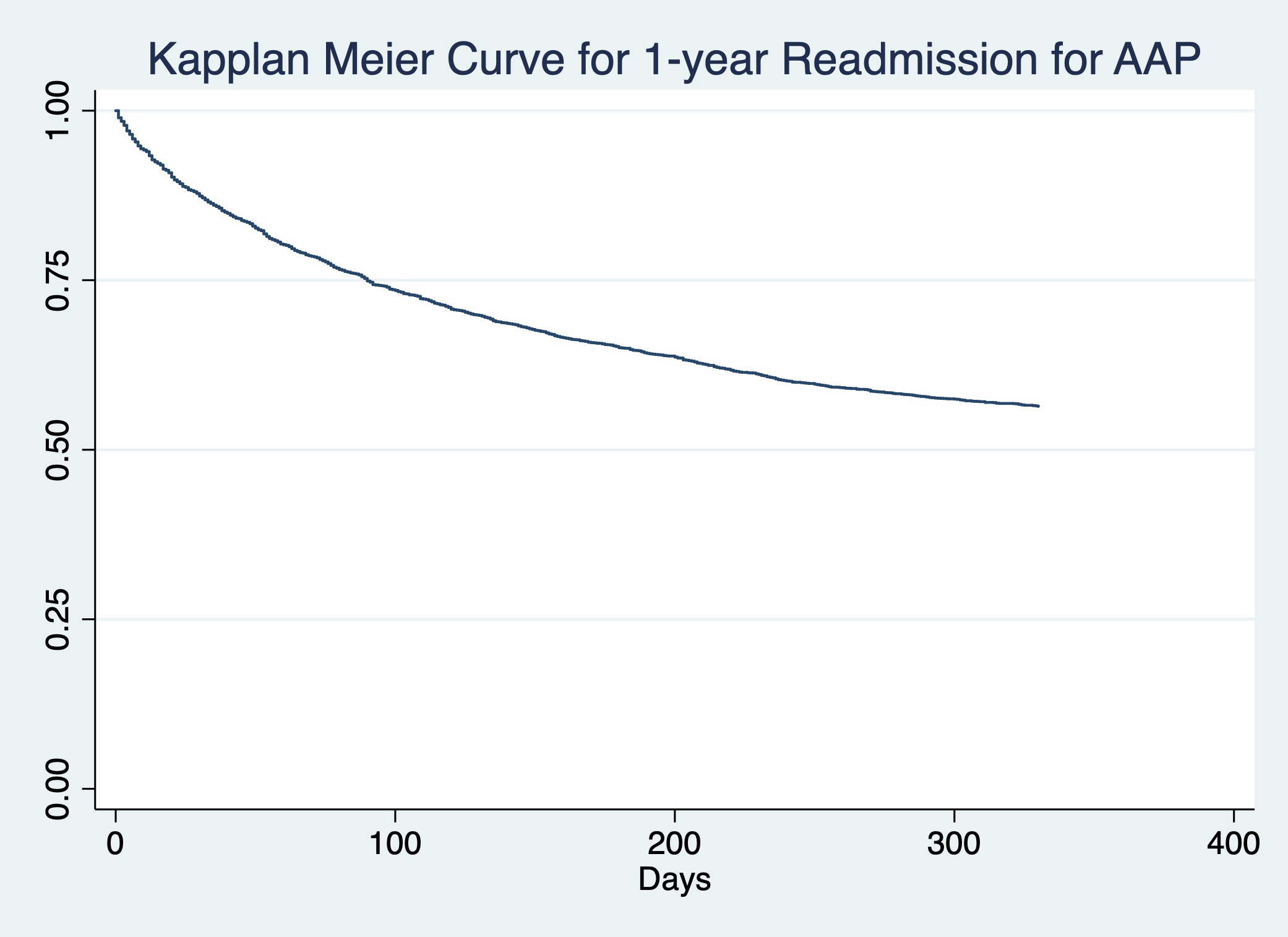