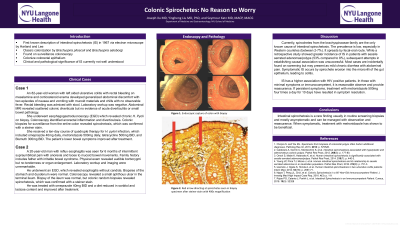 Introduction: Although spirochetosis is a relatively rare condition, here we report two patients with incidental findings of colonic spirochetosis. In both cases, symptoms improved without target treatment. Our current knowledge of spirochetosis, including its clinical presentation, pathogenicity, and clinical significance, remains limited. These cases illustrate a unique clinical phenomenon in understanding and management.

Case 2: A 20-year-old man with reflux esophagitis presented with six months of intermittent supraumbilical pain with anorexia and loose bowel movements. Physical exam revealed audible borborygmi without tenderness. Labs and imaging were unremarkable. Colonoscopy showed a small aphthous ulcer of the terminal ileum, and colonic random biopsies showed spirochetosis, which was confirmed with Steiner stain. He was treated with omeprazole and diet modifications with improvement.

Discussion: Intestinal spirochetosis (IS) is a colonizing condition in humans often discovered as an incidental finding. Most patients are asymptomatic, and its pathogenicity remains unclear. It has been suggested that IS may be responsible for colitis causing diarrhea through erosion of the microvilli of the gut surface epithelium. A retrospective Japanese study showed increased sessile serrated adenomas/polyps (52.6%) compared to control (8.1%) but no causal association was substantiated in follow-up study. Another report showed improvement of IS in two ulcerative colitis patients treated with metronidazole. While the clinical significance of IS remains unknown, we demonstrate here that symptoms do not correspond to its target treatment. We suggest providing reassurance in these patients and to avoid empiric antimicrobial therapy. 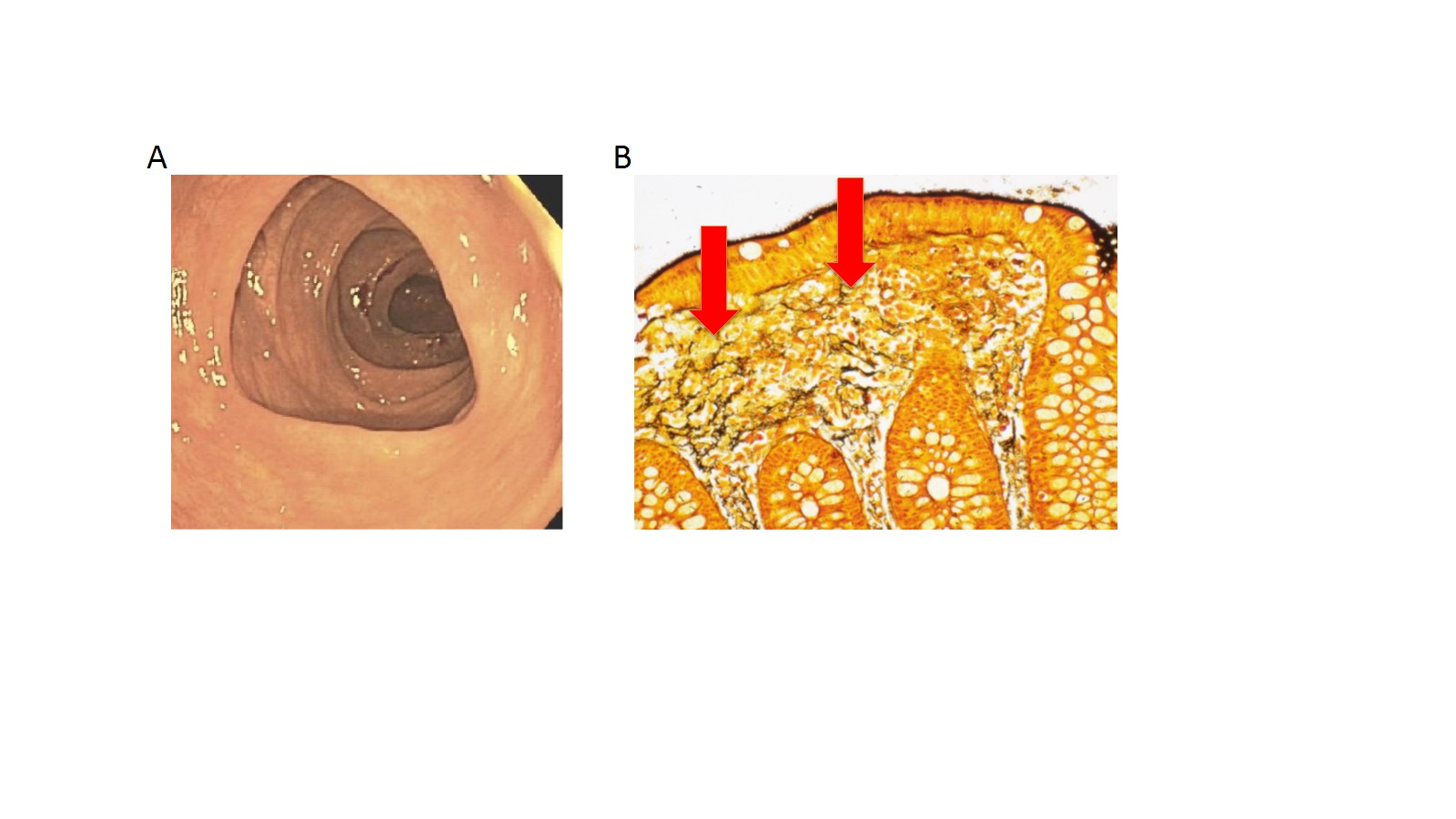