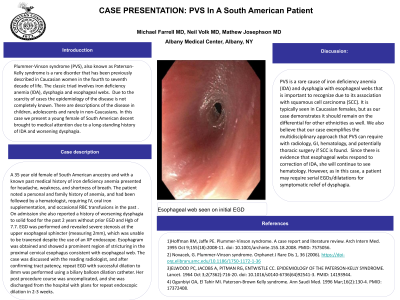 Introduction: Plummer-Vinson syndrome (PVS), also known as Paterson-Kelly syndrome is a rare disorder that has been previously described in Caucasian women in the fourth to seventh decade of life. The classic triad involves iron deficiency anemia (IDA), dysphagia and esophageal webs. Due to the scarcity of cases the epidemiology of the disease is not completely known. There are descriptions of the disease in children, adolescents and rarely in non-Caucasians. In this case we present a young female of South American decent brought to medical attention due to a long-standing history of IDA and worsening dysphagia.

Case Description/Methods: A 35 year old female of South American ancestry and with a known past medical history of iron deficiency anemia presented for headache, weakness, and shortness of breath. The patient noted a personal and family history of anemia, and had been followed by a hematologist, requiring IV, oral iron supplementation, and occasional RBC transfusions in the past . On admission she also reported a history of worsening dysphagia to solid food for the past 2 years without prior EGD and Hgb of 7.7. EGD was performed and revealed severe stenosis at the upper esophageal sphincter (measuring 2mm), which was unable to be traversed despite the use of an XP endoscope. Esophagram was obtained and showed a prominent region of stricturing in the proximal cervical esophagus consistent with esophageal web. The case was discussed with the reading radiologist, and after confirming tract patency, repeat EGD with successful dilation to 8mm was performed using a biliary balloon dilation catheter. Her post procedure course was uncomplicated, and she was discharged from the hospital with plans for repeat endoscopic dilation in 2-3 weeks.

Discussion: PVS is a rare cause of IDA and dysphagia with esophageal webs that is important to recognize due to its association with squamous cell carcinoma (SCC). It is typically seen in Caucasian females, but as our case demonstrates it should remain on the differential for other ethnicities as well. Patients should receive periodic screening for SCC given high prevalence of malignancy previously reported in PVS patients. As demonstrated in this case a multidisciplinary approach is often helpful. There is evidence that the webs respond to correction of IDA, so that correction is an important part of management. However, in the presence of severe stenosis a patient may require serial dilatations for symptomatic relief of dysphagia. 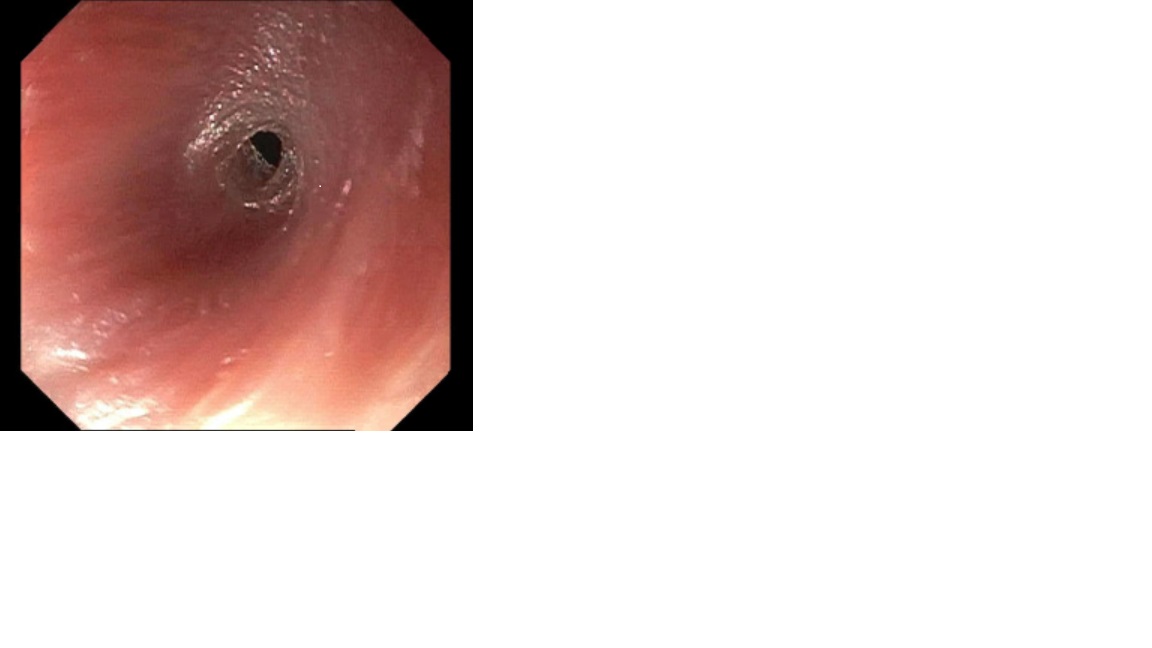