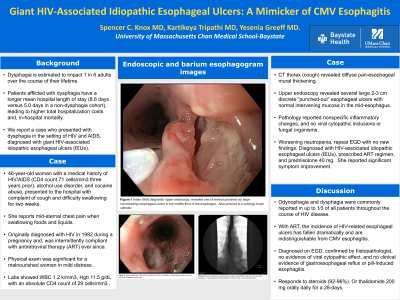 Introduction: Dysphagia impacts 1 in 6 adults over the course of their lifetime. Quality of life is diminished, with an average of 12 lost workdays per annum. We report a patient with dysphagia in the setting of HIV/AIDS, diagnosed with HIV-associated idiopathic esophageal ulcers (IEUs). With advances in antiretroviral therapy (ART), IEUs are no longer as common as they once were. This case highlights the importance of an accurate and timely diagnosis.

Discussion: Odynophagia and dysphagia were commonly reported in up to ⅓ of all patients throughout the course of HIV disease. With the advent of ART, the incidence of HIV-related esophageal pathology has fallen dramatically. HIV-associated IEUs are indistinguishable from CMV esophagitis; both entities are capable of impressive “punched-out” ulcerations. IEUs occur in approximately 10% of patients with HIV, when accounting for people with acute retroviral syndrome or severely depressed CD4 counts. IEUs typically occur when the CD4 count is less than 50 cells/mm3.

Diagnostic criteria include all of the following: endoscopic ulcer confirmed by histopathologist, no evidence of viral cytopathic effect, and no clinical evidence of gastroesophageal reflux or pill-induced esophagitis.


Response rate to steroids can be 92-96%. Alternatively, thalidomide 200 mg orally daily for a 28-day course is effective. Complete resolution of symptoms with thalidomide was seen in 73% of patients. 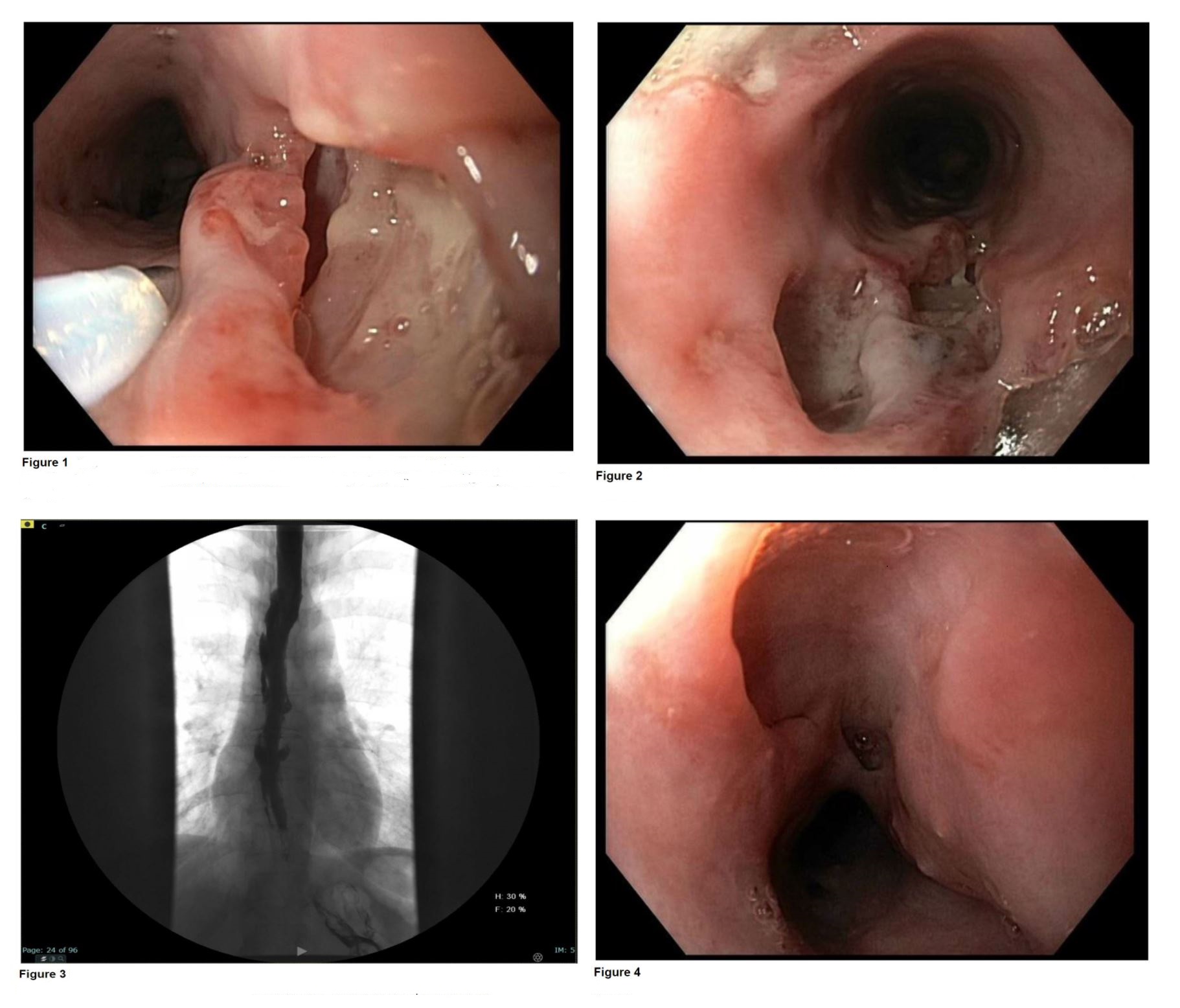