P1430 - Dysphagia Lusoria: A Rare Cause of Dysphagia 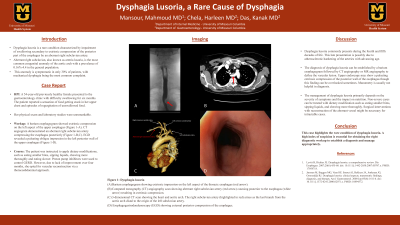 Introduction: Dysphagia lurosia is a rare condition characterized by impairment of swallowing secondary to extrinsic compression of the posterior part of the esophagus by an aberrant right subclavian artery. Aberrant right subclavian artery, also known as arteria lurosia, is the most common congenital anomaly of the aortic arch with a prevalence of 0.16%-4.4 in the general population.

Case Description/Methods: A 54-year-old previously healthy female presented to the gastroenterology clinic with difficulty swallowing for six months. The patient reported a sensation of food getting stuck in her upper chest and episodes of regurgitation of unswallowed food. Her physical exam and laboratory studies were unremarkable.

The patient was instructed to adopt dietary modifications. However, due to lack of improvement over four months, she opted for vascular reconstruction via a thoracoabdominal approach.

Discussion: Dysphagia lusoria commonly presents during the fourth and fifth decades of life. This late presentation is possibly due to atherosclerotic hardening of the arteries with advancing age. This anomaly is symptomatic in only 30% of patients, with mechanical dysphagia being the most common complaint.

The diagnosis of dysphagia lusoria can be established by a barium esophagogram followed by CT angiography or MR angiography to define the vascular lesion. Upper endoscopy may show a pulsating extrinsic compression of the posterior wall of the esophagus though this finding can be overlooked sometimes. Manometry is usually not helpful in diagnosis.

The management of dysphagia lusoria primarily depends on the severity of symptoms and the impact on nutrition. Non-severe cases can be treated with dietary modification such as eating smaller bites, sipping liquids, and chewing more thoroughly. Surgical interventions with reconstruction of the aberrant vessel might be necessary for intractable cases.

This case highlights the rare condition of dysphagia lusoria. A high index of suspicion is essential for obtaining the right diagnostic workup to establish a diagnosis and manage appropriately. 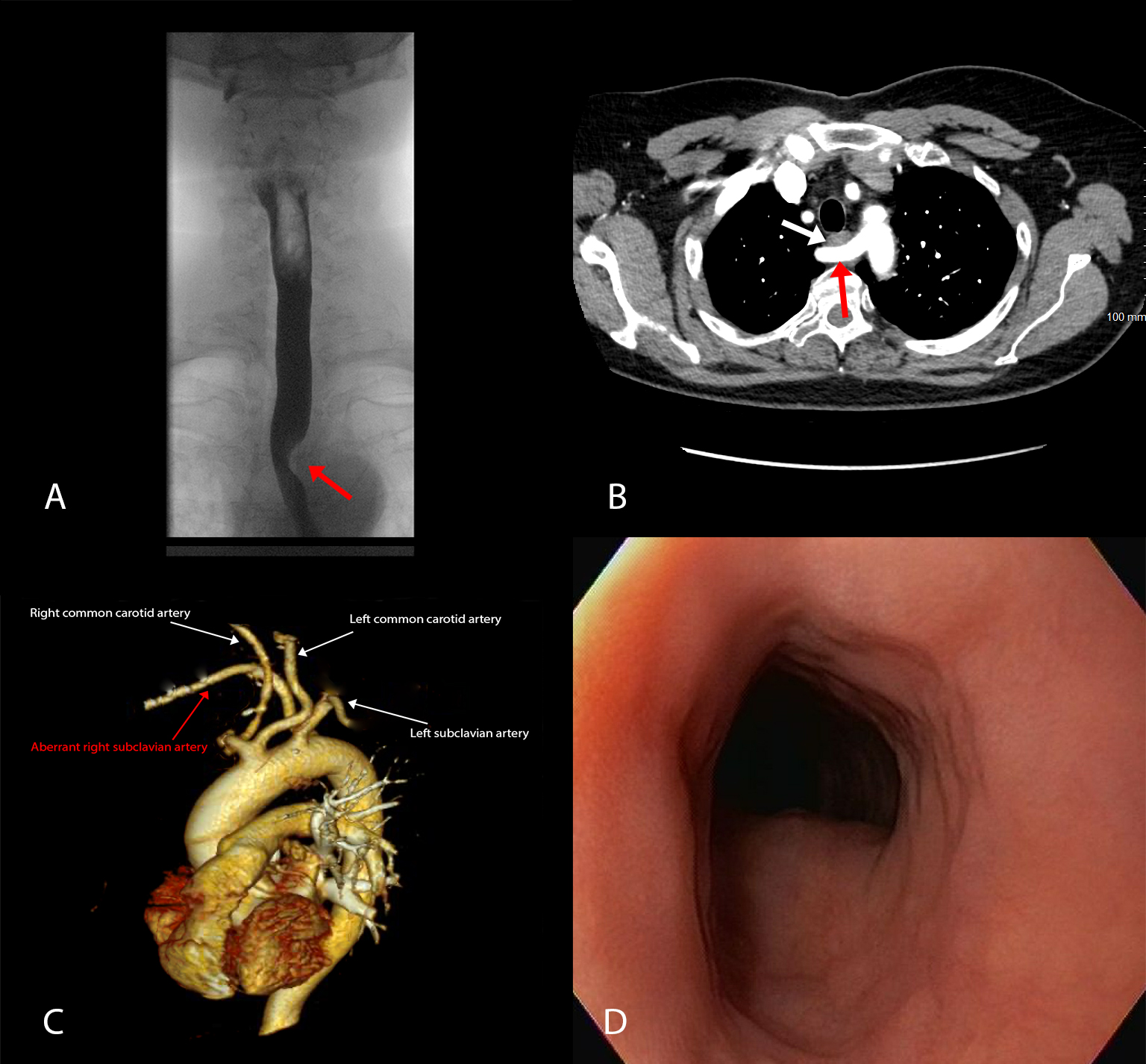